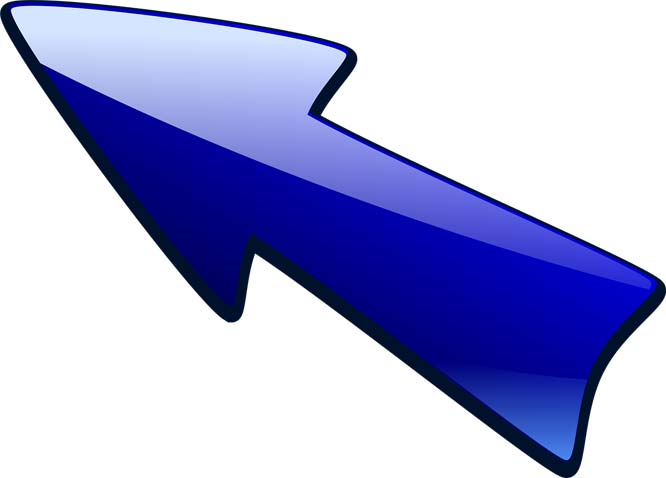 The California Democratic Party's refusal to endorse the reelection of Senator Dianne Feinstein represents a breaking point both for the state's progressives and, arguably, the future of the party nationwide.

Feinstein symbolizes, if anyone does, the old Democratic establishment that, while far from conservative, nevertheless appealed to many mainstream businesses and affluent suburban voters. The rejection of Feinstein reveals the eclipse of the moderate, mainstream Democratic Party, and the rise of Green and identity-oriented politics, appealing to the coastal gentry. It offers little to traditional middle-class Democrats and even less to those further afield, in places like the industrial Midwest or the South. In these parts of the country, bread-and-butter issues that concern families remain more persuasive than gestural politics.

To its many admirers back east, California has emerged as the role model for a brave new Democratic future. The high-tech, culturally progressive Golden State seems to be an ideal incubator of whatever politics will follow the Trump era.

Certainly, California is an ideal place to observe this shift, as radicalism faces no restraints here. The Republican Party has little to no influence in politics and culture and not much even among business leaders. For the Democrats, this vacuum allows for a kind of internecine struggle resembling that of the Bolsheviks after the death of Lenin. And just as happened then, a new Stalinism of sorts seems to be emerging — in this case, to the consternation not only of conservatives but also of traditional liberals and moderates of the Feinstein stamp.

Yet as California Democrats exult in what they see as a glowing future, they are turning away from the models that once drove their party's (and the state's) success — a commitment to growth, upward mobility, and dispersed property ownership. California's current prosperity is largely due to the legacy of Governor Pat Brown, who, a half-century ago, built arguably the world's best transportation, water, and power systems, and created an incubator for middle-class prosperity. Ironically, the politician most responsible for undermining this achievement has been Pat's son, Governor Jerry Brown. Long skeptical of his father's growth-oriented, pro-suburban policies, Brown the Younger put strong constraints on growth, especially when these efforts concerned the fight against global warming — a quasi-religious crusade. Battling climate change has awakened Brown's inner authoritarian; he has lauded the "coercive power of the state" and embraced "brainwashing" on climate issues.

Brown's stridency on climate, however, does not extend to all leftist issues. Like Feinstein, Brown has some appreciation of the importance of infrastructure, such as the need to increase water supplies, and he exercises at least a modicum of caution on fiscal matters like the state's gargantuan pension debt. He is not a strict identitarian, having vetoed an attempt to enact Title IX standards of evidence for campus sexual-assault cases, a measure embraced by the state's vocal feminist leaders.

As Brown prepares to depart, and Feinstein struggles to retain office, a new dominant coalition — led by tech oligarchs, identity politicians, and Greens — is rising to usurp control of the party. This new coalition of the privileged and aggrieved marks a departure both from Pat Brown's social democracy and his son's more elitist but still measured politics.

State senator Kevin de LeÃ³n, the emergent leader of this new configuration and cat's paw of billionaire Tom Steyer, the San Francisco hedge-fund billionaire epitomizes the new approach. Having made much of his fortune in oil sands and coal, Steyer is now the Democratic Party's prime bankroller, and his largesse extends to the drive to impeach President Trump. He has made common cause with hard-Left politicians like de LeÃ³n, and even embraced unionism — as long as labor follows his extreme position on climate change.

Steyer and other oligarchs are working to eliminate the last vestiges of the old Democratic Party. Climate activists have been targeting, with some success, the so-called Mod Squad — centrist Democrat legislators from the state's less-prosperous interior and working-class suburbs. This shrinking group, occasionally financed by energy, homebuilding, and other pillars of the old economy, sometimes holds the balance of power in Sacramento, and has managed to slow some of the most draconian climate measures.

De LeÃ³n's enthusiastic embrace of climate-change dogma may seem odd for a politician whose impoverished district suffers from Los Angeles's continued de-industrialization, hastened by strict environmental regulation and high energy costs. Instead of backing policies that would create more high-wage jobs, de LeÃ³n's priorities are largely redistributive. This jibes with his support among public employees and from the militant California Nurses Association. He endorsed the union-backed single-payer health-care plan, a measure that assembly speaker Anthony Rendon tabled as impossibly expensive (it would more than double the state budget). Immigration is another key de LeÃ³n issue. He is a fervent supporter of illegal immigrants, in a state that houses one in four of the nation's total, bragging about his own relatives' use of false IDs.

Lieutenant Governor Gavin Newsom, the former San Francisco mayor and frontrunner in the governor's race, also embraces these policies. After briefly trying to appeal to mainstream business, Newsom has fallen into line with Bay Area-dominated progressives and the big public unions on virtually every issue, including single-payer. His likely election suggests a continuation of California's current drift, but without Brown's occasional restraint and intelligence.

The Golden State's progressive tilt would not be possible without demographic change. The state's majority-minority makeup has made the capture of middle-class and moderate voters less important. As middle-class families leave California, the electorate is increasingly dominated by racial minorities — with whites, 70 percent of the population in 1970, now less numerous than Hispanics and destined to be roughly one-third of the population by 2030. California's demography is more and more dominated by the poor and near-poor (roughly one-third of the population), the young and unattached, and a residual population of older whites, many luxuriating on generous state pensions or inflated property values.

What makes all this work is the growing power of the tech oligarchs and their more glamorous cousins in the Hollywood glitterati. The tech boom of the last decade has obscured the decline of California's basic industries, such as energy and manufacturing. California's above-average job performance since 2010 is almost entirely a combination of high-income employment growth in the Bay Area and the swelling ranks of low-wage service workers who serve them. The oligarchs, including tech investor Sam Altman, LinkedIn co-founder Reid Hoffman, and philanthropist Laurene Powell Jobs, widow of the late Apple founder, have lined up behind de LeÃ³n. Tech will likely bankroll the pliable and well-heeled Newsom, who already gets cash from Airbnb, Twitter, and Salesforce.com.

This marriage of the poor and the new rich appears to be the dominant theme emerging in California. The oligarchs, as Greg Ferenstein has reported, don't even pretend to believe in upward mobility for the masses. Instead, they favor policies — such as forced densification — that will house their largely young, childless workers, including the nation's largest population of H1-B visa-holders. Measures such as State Senator Mark Wiener's SB 827 would largely strip cities of their ability to control development anywhere near transit stops. Civil rights groups, mainstream environmental organizations, neighborhood associations, and cities themselves have come out in opposition, and even Los Angeles mayor Eric Garcetti, a dedicated densifier, fears a backlash in the city's remaining single-family neighborhoods. Yet the oligarchs and their YIMBY ("yes in my backyard") allies, whom they generously fund, have backed the bill.

At its core, the oligarchs' vision for California represents a kind of high-tech feudalism. Tech companies are starting to dominate sectors like electric and autonomous cars, even seeking monopolies in dense urban areas. They support limiting ownership and consumer choice, even as the bulk of automobiles remain gas-powered. In the longer term, the oligarchs have little interest in creating blue-collar jobs and would prefer to replace employment with algorithms. Deprived of work and unable to pay for housing, the working class and an ever-shrinking middle class would be bought off with income-maintenance payments — twenty-first-century alms for the poor.

Opponents of this new gentry agenda should appeal to the remnants of the middle class and the unsubsidized portions of the working class. Feinstein could win reelection by rallying such voters; her name recognition and ample campaign war chest could help her fend off de LeÃ³n this year. But even if she wins, it will likely be a last hurrah for the old Democrats. Tech oligarchs and activist CEOs have committed themselves to extreme environmentalism, identity politics, and open-borders immigration policy. California's bevy of clueless celebrities, now celebrated by Time as "suddenly serious" for following the identitarian party line, have also climbed aboard. As anyone knows who has suffered through awards shows or listened to interviews with stars, the entertainment industry — much like tech — has become homogeneous in its views.

The key issues for the glitterati are not income inequality, upward mobility, or the preservation of middle-class neighborhoods but the feverish pastimes of the already rich: gender and racial issues, climate change, guns, and anything that offends the governesses and schoolmarms of intersectionality. To the ranks of these over-exposed but influential voices, you can also add California's media and most of its intelligentsia, who seem to get their talking points from progressive sources and work assiduously to limit the influence of moderate (much less conservative) views. With Silicon Valley increasingly able to control content and ever more willing to curb debate, the policy agenda of the state's new elite may well become reality — a nightmarish one for millions of ordinary Californians.

Joel Kotkin serves as Presidential Fellow in Urban Futures at Chapman University and executive director of theÂ Center for Opportunity Urbanism (COU). He wrote this for City Journal .