John Bolton is a great addition to the White House 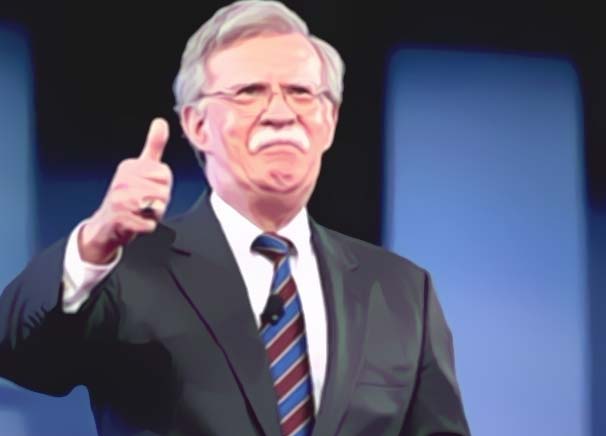 The Beltway establishment has reacted with horror to President Donald Trump's appointment of John Bolton as national security adviser.

Bolton, they claim, is a dangerous warmonger unfit for the office. That's wrong.

As the president's top security aide, Bolton will be an honest broker and someone who can drive decisions through molasses-thick resistance.

Thursday night, Bolton gave an interview to Fox News's Martha MacCallum in which he described the two aspects of the job of national security adviser.

The first aspect, said Bolton, is to present the president with a full range of views and options on every national security situation and to make sure the pluses and minuses of each option were detailed.

Bolton is committed to making sure the option papers offer a range of choices, detailed in their consequences and presented in the style the president prefers (which is most definitely not thick briefing books full of dense prose).

The second part of the job, Bolton told MacCallum, was to assure the implementation of whatever decision the president made.

"I've been in lots of bureaucracies, and I've seen the way that bureaucracies that don't like decisions sit on them," he said. "I know my way around the corridors in Washington and I think that role will also be important."

As a veteran of the Justice, Defense and State departments and of course the United Nations - the world's most opaque bureaucracy - Bolton knows how to drive a decision through the mazes of deputies and egos that trip up others.

As he told me in one especially memorable two-hour interview back in 2007: "Nobody should want a war on the Korean Peninsula."

Chew on that, critics.

What he is, however, is a Reagan realist. About Kim Jong Un's father, Kim Jong Il, Bolton said that "He's very good at negotiating about giving up his [nuclear] program. . . . He's done it four or five times in the last 15 years." That pointed to Bolton's conclusion: "He's not going to relinquish those nuclear weapons voluntary. No way."

Indeed they are, and Bolton has used them via print, television and a very large and successful political action committee for more than a decade to represent Reaganism - the "Weinberger doctrine" of a vastly superior American military force deployed quickly, decisively and then withdrawn.

Over two decades, both talking with him on air and in private conversations, I am always impressed with his razor-sharp mind, vast knowledge and refusal to be shy about stating his positions. He's usually been the smartest guy in the room when doing so.

This of course triggers the standard Beltway reaction of jealousy followed by calumny. But Bolton's Yale undergrad and law school education prepared him for boors and imbued in him a graciousness towards those less informed and definitely less polite.

What to expect from Bolton? The bottom line is that Vladimir Putin's worst nightmare just walked into the West Wing. Bolton can outlast and outthink anyone Putin, Kim Jong Un or Xi Jinping sends to negotiate quiet deals before the public big ones.

A housecleaning at the National Security Council is coming too. Bolton knows everyone in the foreign policy set in Washington. Look for his old friends at the U.N., State, Defense and Justice to show up soon in the Old Executive Office Building and to work towards the implementation of the comprehensive National Security Strategy put together by his predecessor, H.R. McMaster, and company.

It's a great day for Reagan-era realism of which McMaster was a superb steward during his tenure.

(And if the rumors are true, Stanford University's Hoover Institution will be lucky to get the general in Palo Alto.)

Between Bolton, Secretary of State nominee Mike Pompeo and incumbent Defense Secretary Jim Mattis, the president hasn't assembled a "team of rivals" so much as a "team of leaders."

Compared with the rag-tag bunch from the Obama years who led from behind and considered the Islamic State a JV team, the contrast could not be more stark.

There are rough waters ahead across the globe and the president is to be commended for surrounding himself with strong, competent and very smart foreign policy professionals.