The two rivers of US media 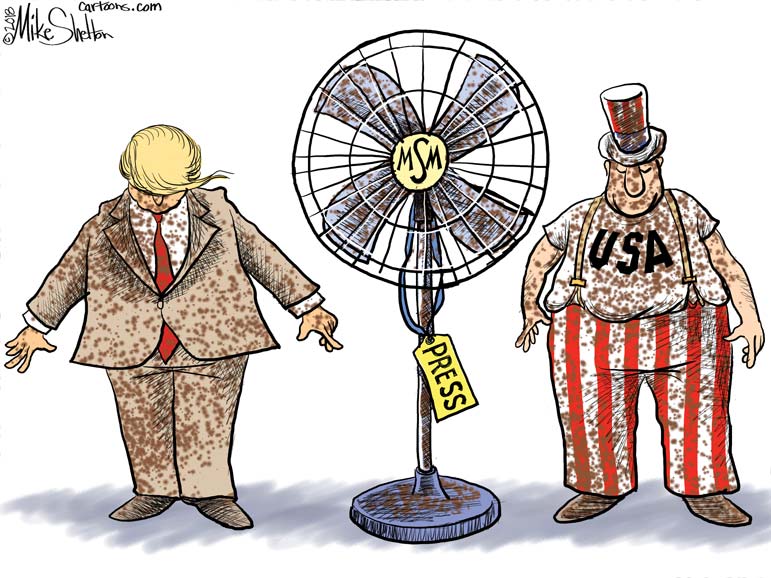 In late 1811 and early 1812, the town of New Madrid in the Missouri territory was hammered by three major earthquakes.

"The ground heaved and pitched, hurling furniture, snapping trees and destroying barns and homesteads,"wrote Elizabeth Rusch in Smithsonian Magazine. "Sections of riverbed below the Mississippi rose so high that part of the river ran backward."

Like those earthquakes, the election of 2016 produced two "rivers" in U.S. media. The Donald Trump earthquake seems to have hastened the final split of American media into two very distinct waters, with very little irrigation connecting them. One of those rivers is thoroughly inundated with anti-Trump, #NeverTrump debris and sediment. The other is almost wholly free of those ingredients.

It isn't just cable news, though MSNBC and CNN are mostly in the former and Fox News almost wholly in the latter. The "two rivers" effect is mostly the result of the self-selected flows we direct ourselves to via Twitter feeds and chosen for us by Facebook's and Google's almighty algorithms. News consumers have to consciously seek out the other wellspring to make sure they aren't isolated from 40 percent of the country's views and heartfelt beliefs.

Some activists don't care that they don't know what the other part of politicized America is feeling, much less thinking. But serious people know how destructive this condition is, both short --- and long-term. Democrats who aren't reading Andrew C. McCarthy about the special counsel investigation or David French about guns are willfully committing themselves to ignorance. The same goes for Republicans ignoring Nicholas Kristof on gun violence or Benjamin Wittes on the Russia probe.

Unfortunately, there are immense amounts of dollars to be made by sticking close to one river and one river only. It would take another upheaval as consequential as 2016's to commit a significant number of media platforms to something other than profitability, but such a shaking is urgently needed. The rise of partisanship on every issue, unleavened by levity, unmediated by respect for basic decency, is accelerating. Tapping the brakes, and eventually making a U-turn, is what the media need to do.

And don't tell me it starts with the president. Of course he could, and he should lower the temperature on everything. But if he doesn't, so what? That changes nothing about the responsibility to manage every platform for the common good.

"Our Republic and its press will rise or fall together," Joseph Pulitzer wrote. "An able, disinterested, public-spirited press, with trained intelligence to know the right and courage to do it, can preserve that public virtue without which popular government is a sham and a mockery. A cynical, mercenary, demagogic press will produce in time a people as base as itself. The power to mould the future of the Republic will be in the hands of the journalists of future generations." Now the question is whether today's media will use that power responsibly.