Farewell to Toys 'R' Us, and an era of play 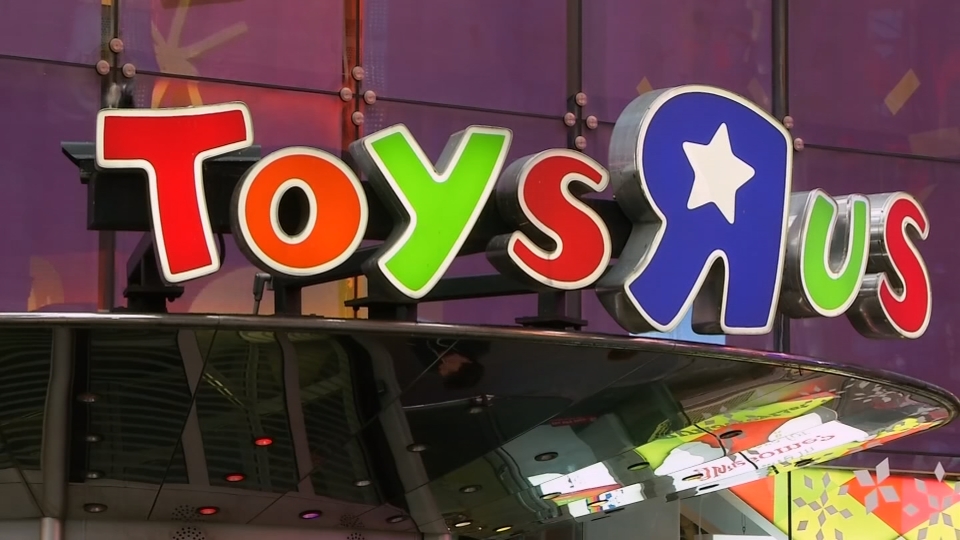 When I was growing up in Washington, I used to haunt Sullivan's Toy Store a few blocks from my home, searching for Revell models I could build.

At Christmas time, the thick, lushly photographed F.A.O. Schwarz catalog arrived, and along with my brothers and sisters I would ooh and ahh over elaborate castles and fancy train sets our family couldn't possibly afford. But deep down, we knew that such moments were mere stopgaps, ways of marking the passage of time between rare but wonderful visits to the fabled children's Xanadu known as Toys "R" Us. I still remember the excitement of my first visit to the shrine, out in the suburbs.

I stood the middle of the store, turning this way and that. Overwhelmed by the shelves upon shelves of toys, I finally turned to my mother and said, "Oh my goodness, where should we meet? "

A moment later, I broke free of her restraining hand, racing to the games counter, where I stared in disbelief at what seemed mile-high stacks of Sorry! and Candy Land and Life.

Another aisle featured Revell models, even the hard-to-find Moon Ship, in unimaginable quantities. Having visited once, I pleaded regularly with my mother for a return trip, saving my allowance of 50 cents for the rare occasions when she said yes. I was a child, so it never occurred to me that my newfound retail preference was helping a store that would become a category killer kill the category.

The company had struggled for years as the toy business changed. Once upon a time, the chain was admired -- and not only by children. In the 1980s, Toys "R" Us was the largest toy retailer in the U.S. and was pushing aggressively into foreign markets.

Management experts were explaining how the company's warehouse model was reducing the labor intensity of the toy business. The local toy stores couldn't compete.

In the spring of 1974, Interstate went belly-up, and suppliers became uneasy about shipping merchandise to its subsidiaries -- including Toys "R" Us -- except on a cash basis. Toys "R" Us, which at the time had annual revenue of about $150 million, was still profitable, and persuaded a consortium of banks to extend it a $10 million line of credit -- again, in those days a great deal of money.

For a while, Toys "R" Us prospered.

Still, the handwriting was on the wall. The chain continued to dominate the toy industry for another decade and a half, but then began to slip.

A decade later, as the figure slipped well below 20 percent, Walmart Inc. surged ahead. The stores themselves were aging, and the company took a $495 million charge against earnings to spruce them up.

Worried about the rise of EToys (does anyone remember EToys?) and American Girl (sold at the time exclusively through the mail), Toys "R" Us moved expensively and not very successfully into online and direct marketing. Meanwhile, high-volume, low-margin retailers like Walmart and KMart were discounting toys to get consumers into the stores, then offering them a full-service experience that Toys "R" Us couldn't match.

In 2006, the chain was taken private, but the new owners were never able to reinvigorate its sales, or, for that matter, to get it out from under $5 billion in debt. In September, the company entered Chapter 11 bankruptcy, and now, after a disastrous holiday season, the owners are giving up. Seeking a cause for its demise, Toys "R" Us has cast the blame upon its competitors -- particularly Amazon.com Inc. and Walmart -- which is a little like saying I'd have won the golf tournament if not for all those guys with the lower scores.

But the chain's biggest foe was neither nimbler retailers nor that heavy debt load. It was the undermining of the very concept of the toy. For most of recorded history, toys have been physical things with which children play and create, telling themselves stories about the world and their place in it. My siblings and I enjoyed endless rounds of games with whatever came to hand. We seamlessly incorporated G.I. Joe, Barbie, Tonka Trucks, Swoppet Knights, Mr. Kelly's Car Wash, random Stratego tiles, dishes from the Deluxe Dream Kitchen, along with bits and pieces from an old Kenner Girder and Panel Building Set. We had our fun without the slightest idea where our games were headed. The rules we made up as we went along, with only our imaginations as guides. That was what toys were for.

By the 1990s, toys had to do things: They blinked, they spoke, they walked or rolled along the floor. They operated not according to the whims of children but according to definitions imposed by their creators. And a piece of the imagination died.

Well, toys that talk and blink a chain could still stock, albeit at a fearsome discount to compete with online retailers. But when a toy as a tangible thing to be manipulated yielded to a toy as a digital presence with which a child interacted via a multipurpose device, the idea of a toy store was in its death throes.

As we learned from the demise of video and record chains, that which is downloadable needs no physical presence to be sold. And nowadays even very young children prefer the touchable screen to the touchable toy. Apart from a niche here and there, toy stores no longer serve any discernible function.

The end of Toys "R" Us will cost some 30,000 jobs, and even in a high-employment economy, many of the workers are bound to suffer. They're the casualties who deserve our sympathy. But perhaps in our busy lives we can also take a moment to reflect on the end of an era in which what mattered most for children at play was imagination -- and the toy store, under whatever brand name, was a place of inspiration and wonder.