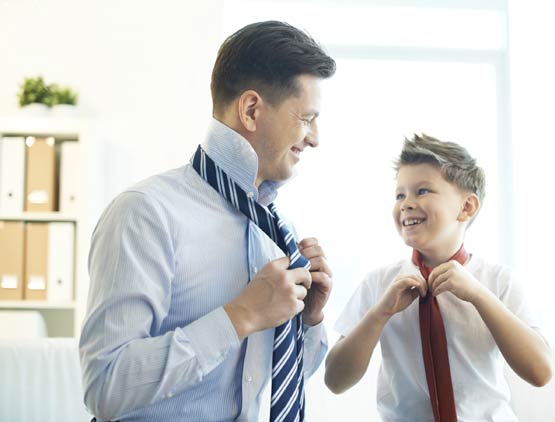 The worst social problem in America today could well be fatherless homes. While there are myriad exceptions, and while fathers in the home can be negligent or actively harmful, the statistics are overwhelming about how children can get cheated out of decent lives by their absence. There is also a connection to an absolute horror. That would be mass shootings, such as the one in Parkland, Fla.

The adoptive father of the 19-year-old killer of 17 people, Nikolas Cruz, died when he was 6, not the usual way in which a son is left without a male role model. Far more often, it is fathers fleeing their responsibilities, the mother never getting married or divorces. But, in the case of Cruz, we still had a struggling mother who needed help and a son as out of control as Dylann Roof or Adam Lanza.

Roof is the white supremacist who slaughtered nine African-Americans in a Charleston, S.C., church. His parents were divorced before he was born. Adam Lanza is the mass shooter who killed his mother and then 20 first graders and six staffers at Sandy Hook Elementary School in Newtown, Conn. During the previous two years, he had not even talked to his father.

The list goes on and on, as Brad Wilcox will testify. He is a professor and director of the National Marriage Project at the University of Virginia, studied school shootings in 2013 and found all the perpetrators had either had a mother who never got married or had seen a divorce in the family. CNN once looked at the deadliest mass shootings in U.S. history, noting that, of the seven killers under 30, only one had his biological father around his whole childhood.

Consider a joint federal study showing that 63 percent of youth suicides are from fatherless homes; as often as not, mass shooters are simultaneously suicidal. Robert Sampson, a Harvard sociologist, has observed that urban violence is concentrated in neighborhoods with mostly single-parent homes. A Michigan State University study found 75 percent of examined adolescent murderers were from fatherless homes. The Centers for Disease Control says 85 percent of children with behavioral disorders have only a mother in the home. Wilcox also says children with both married parents around are less likely to drop out of school, to become drug addicts or to grow up impoverished.

Vast numbers of children from single-parent homes — that's now 42 percent of all children — can and do clearly shine bright, thank heavens. The idea here is not to prejudge anyone. But this nation is kidding itself if it does not recognize that a strong nuclear family is the fundamental foundation of society, that America in recent decades has been witnessing dissolution of the family and that this goes to the heart of so much that has gone wrong.

Some like to put the blame on poverty, but single-parent homes are often an instigator of poverty and comparisons of poor children in two-parent homes and one-parent homes show poverty alone is not the issue. Some also consider it demeaning to say a woman cannot always do it all by herself, leaving out the truth that it can be unbelievably cruel to a woman to expect her to. Government programs are nowhere near the solution some believe they are.

Yes, as I have already mentioned, there can be bad fathers, but the good ones, the involved ones, have so much to offer. And just as mothers bring something special to the raising of children, so do fathers. To turn our backs on marriage, to suppose that cohabitation is just as good, is to turn our backs on children — and on the victims of mass shootings.

There are many other factors in mass shootings, of course, and they need addressing. Cultural change is arduous and slow with no easy political answer. But much will stay the same if nothing is done about fatherless homes.