Trump's infrastructure plan could run into a big problem: Democracy 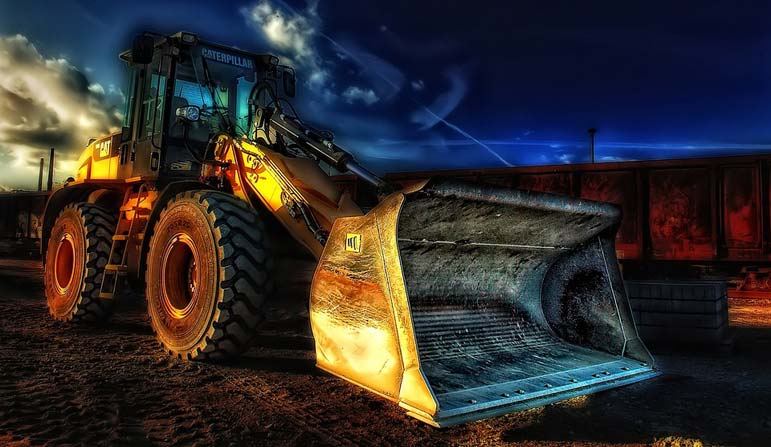 The American people support more federal spending on infrastructure such as roads, buildings and waterways - 75 percent are in favor, according to a year-old Gallup poll. And so President Donald Trump's call for a 10-year, $1 trillion "national rebuilding" plan was one of the few parts of his address to Congress on Tuesday that might have been the same if Hillary Clinton or Bernie Sanders had won in November.

Depending on the details, many Democrats will support a Trump-backed infrastructure bill, in the name of boosting short-term job creation and long-term economic productivity.

There's just one catch: Many of the same people who tell pollsters they want to unleash the bulldozers will sing a different tune when those machines approach their communities. And America's responsive, democratic political system, with its decentralized institutions and multiple "veto points," will heed the cry of "NIMBY" - not in my back yard.

Two consecutive California governors, Republican Arnold Schwarzenegger and Democrat Jerry Brown, have dreamed of a high-speed rail system like Japan's, paid for partly by state borrowing. Nearly a decade after voters approved the California bond issue, the project has barely started. Residents of Silicon Valley in the north and the San Joaquin Valley in California's central agricultural region filed lawsuits. Property owners along the route have refused to sell land. San Fernando, a small city in Los Angeles County, balks at being sliced in two by the tracks.

To be sure, California's high-speed rail is brand-new infrastructure and, as such, inherently more disruptive. Maybe Americans will be less wary of merely upgrading existing installations, as Trump - with his tales of trucks damaged by potholed interstates or tiles raining down from the Midtown Tunnel's ceiling - seems to intend?

Even much-needed repairs to to Washington, D.C.'s Rock Creek Park thoroughfare, Beach Drive, a mere 6.5 miles long, took years to get going, due to negotiations between the feds and local D.C. authorities over stormwater drainage.

It's fashionable and, to some extent, merited to denounce NIMBYism. We don't want a few selfish holdouts to block manifestly urgent and beneficial projects.

On the other hand, it's hard to prove, really prove, the necessity and utility of any given bridge or highway. A just-completed $1.6 billion expansion of Los Angeles' 405 freeway accomplished next to nothing in terms of its stated goal - reducing traffic congestion - according to the New York Times. Anybody else notice that Trump hasn't identified a specific new road or hospital that the nation absolutely, undeniably must have?

Yes, the jewel of American infrastructure - the interstate highway system - knit this great land together. In the process, it tore through many an old downtown or established neighborhood (often inhabited by relatively powerless minority groups).

In fact, backlash against the interstates is one reason that we have environmental- impact statements today, and the pesky delays that come with them. Prompted in part by widespread "freeway revolts," Congress passed the National Environmental Policy Act; President Richard Nixon signed it on New Year's Day 1970.

Few recall that history now, but it puts into perspective a lot of today's simplistic thinking about infrastructure.

The United States' failure to enact a "massive" program to repair our "crumbling" infrastructure reflects not stupidity, or weak national will, but a genuine, inescapable collective-action problem. Infrastructure's benefits are diffuse, long term and, to some degree, speculative; its costs are focused, immediate and palpable.

Approaches to this conundrum vary around the world. In China, a one-party state shoves whole villages aside to make way for dams and airports.

As that extreme example demonstrates, there is always a tension between grand schemes of "national rebuilding" and, well, democracy. Or, if you prefer, there's a rather striking compatibility between such schemes and authoritarianism.

By all means, the United States should try to mitigate NIMBYism. We should streamline the rules and regulations that have accumulated since 1970. We should spend what it takes to keep our far-flung ports, national parks and roads in good repair.

We should also reflect on the real reasons it's so difficult to take billions in infrastructure money, and "throw it up against the wall and see if it sticks," as Trump adviser Stephen Bannon has recommended.

Under our system, the government has to consult with the people - multiple times and in multiple forums - before irreversibly damming our rivers or excavating our towns.

This can be maddening as heck, but also, when you think about it, one of the things that makes America great.