The quiet consensus against Palestinian democracy 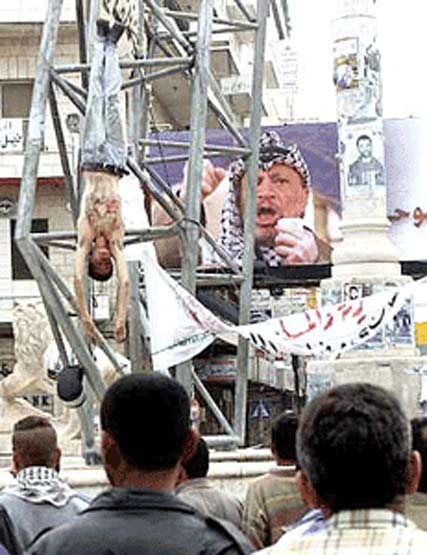 "The Palestinian Authority government announced on Tuesday that it will hold municipal elections set to take place on May 13 in the West Bank without the Gaza Strip, ending hopes that the Ramallah-based Palestinian governing body would be able to organize the first nationwide elections on the same day since 2006." --- Jerusalem Post, February 28, 2017

It's rare these days to find anything that Hamas, the Palestinian Authority, the U.S. and Israel agree on. And yet when it comes to elections there is a quiet consensus against Palestinians choosing their leaders.

The last time they did was more than a decade ago, elections for the Palestinian Legislative Council. Since then, Palestinian politics have been stuck, while much of the Arab world convulsed in revolution. Mahmoud Abbas, the president of the Palestinian Authority, is today in the 11th year of a four- year term. Hamas has ruled Gaza since taking the strip by force.

It's understandable why the ruling parties in Gaza and the West Bank would oppose new elections. Neither Hamas or Abbas's Fatah are popular these days, and both regimes have consolidated their power since the late 2000s. "The main motive of Abbas is to keep himself in power as long as he can," Avi Dichter, a former head of Israel's internal security service, told me. "He is holding the three main jobs. He is president of the Palestinian Authority. He is practically the head of the parliament because the Palestinian parliament hasn't met for years, and he is the leader of the PLO."

But to understand why the U.S. and Israeli leadership are content with this political sclerosis, it's worth going back to George W. Bush.

Inspired by the former Soviet dissident and Israeli politician Natan Sharansky, Bush declared in his 2005 inaugural address that the era of the U.S. supporting dictatorship for the sake of stability was over. Instead, Bush said he would be supporting democratic reforms even for strong men allied with the U.S.

As Bush saw it, dictatorship breeds terrorism. Condoleezza Rice, his second secretary of state, summed up this sentiment in 2005 at a speech in Cairo. She said the U.S. for 60 years "pursued stability at the expense of democracy in the region, here in the Middle East, and we achieved neither."

This challenged an important assumption of the Oslo Peace Process. Aaron Miller, a former U.S. peace process negotiator, told me that the U.S. never pressed Abbas's predecessor, Yasser Arafat, on his security tribunals, extra-judicial killings or corruption. "The Israelis were willing to trade authoritarian control for order. It's the same bargain we made with the Arab dictators. We played this game for 50 years," he said.

The 2006 Palestinian legislative elections were supposed to be the end of this game, at least for the Palestinians. Bush pressured Abbas to allow Hamas to participate in the elections, even though Abbas was also supposed to be keeping the group at bay. But when Hamas -- which rejects a two-state solution -- ended up winning enough seats to form a majority, Bush's new policy initiative crashed and burned. Abbas refused to seat the new legislature, where his party would be in the minority. By June 2007, Hamas kicked the Palestinian Authority out of Gaza, and Palestinian politics have been frozen ever since.

After the Hamas victory, Bush backed off and focused on reviving the peace process. "The working assumption of the early Bush administration was that a democratic Palestinian society would be more receptive to peace with Israel, but the legislative elections that Hamas won upended that equation entirely," Hussein Ibish, a senior resident scholar at the Arab Gulf States Institute in Washington, told me. "It was replaced by an equally dogmatic assumption that democratic processes are an impediment to peace."

Obama acted on this dogmatic assumption himself. His diplomats did not press Abbas to hold elections. Instead Obama focused on reviving peace negotiations. ."I think essentially the Bush and Obama problems are the same. Everyone wants a comprehensive final status agreement and no one wants to play what they see as small ball," Elliott Abrams, who served as deputy national security adviser under George W. Bush, told me. This kind of small ball means the unglamorous work of building the institutions and civil society Palestinians will need for statehood.

Palestinians however are impatient. The man most associated with this institution-building approach, former prime minister Salaam Fayyad, was pushed aside by Abbas in 2013 over the objections of Secretary of State John Kerry. He caught the political blame when Europe and the U.S. cut the subsidy for the Palestinian Authority in response to Abbas's decision to seek U.N. recognition of Palestine.

In the end, Kerry moved on. He wanted a new peace process, and for that he needed Abbas more than he needed Fayyad. And despite a flurry of meetings and negotiations, Kerry's peace initiative failed just as surely as the previous ones.

But what if Abbas and Netanyahu had reached an agreement this time? Could the once-elected Abbas, whose approval ratings have dipped to below 20 percent, persuade his people to accept peace? By all outward accounts, the failed promise of the peace process of the 1990s and the continued Israeli occupation has radicalized Palestinians. Today Israelis face the threat of Palestinian stabbing rampages, which are then celebrated in popular songs and on social media.

Abbas understands the mood of his people. So, like his predecessor Yasser Arafat, Abbas plays a double game. He works behind the scenes with the Israel Defense Forces to keep order in the West Bank. But he also gives speeches that pretend these knife wielding Palestinians are victims of Israeli police brutality. Last fall he gave an address in which he claimed Israel intended to alter the mosque that sits atop the Temple Mount, inciting the violence he quietly has cooperated in stopping.

This state of affairs is not sustainable. Abbas, who is in his 80s, has groomed no successor. This means that a power struggle is likely when Abbas is gone. In a worst-case scenario, the weakened Palestinian Authority itself could collapse.

Democratic societies don't have this kind of problem. They have an automatic process by which the citizens choose a successor to the chief executive. It's called an election.

Ten years ago, the U.S. president thought the Palestinians should give this approach a try. Then he changed his mind after the results came in. Since then America and Israel have pursued peace at the expense of democracy, to borrow Rice's phrase. And the Palestinians have achieved neither.