Trump's first 100 days: A big failure, and a new low in the polls 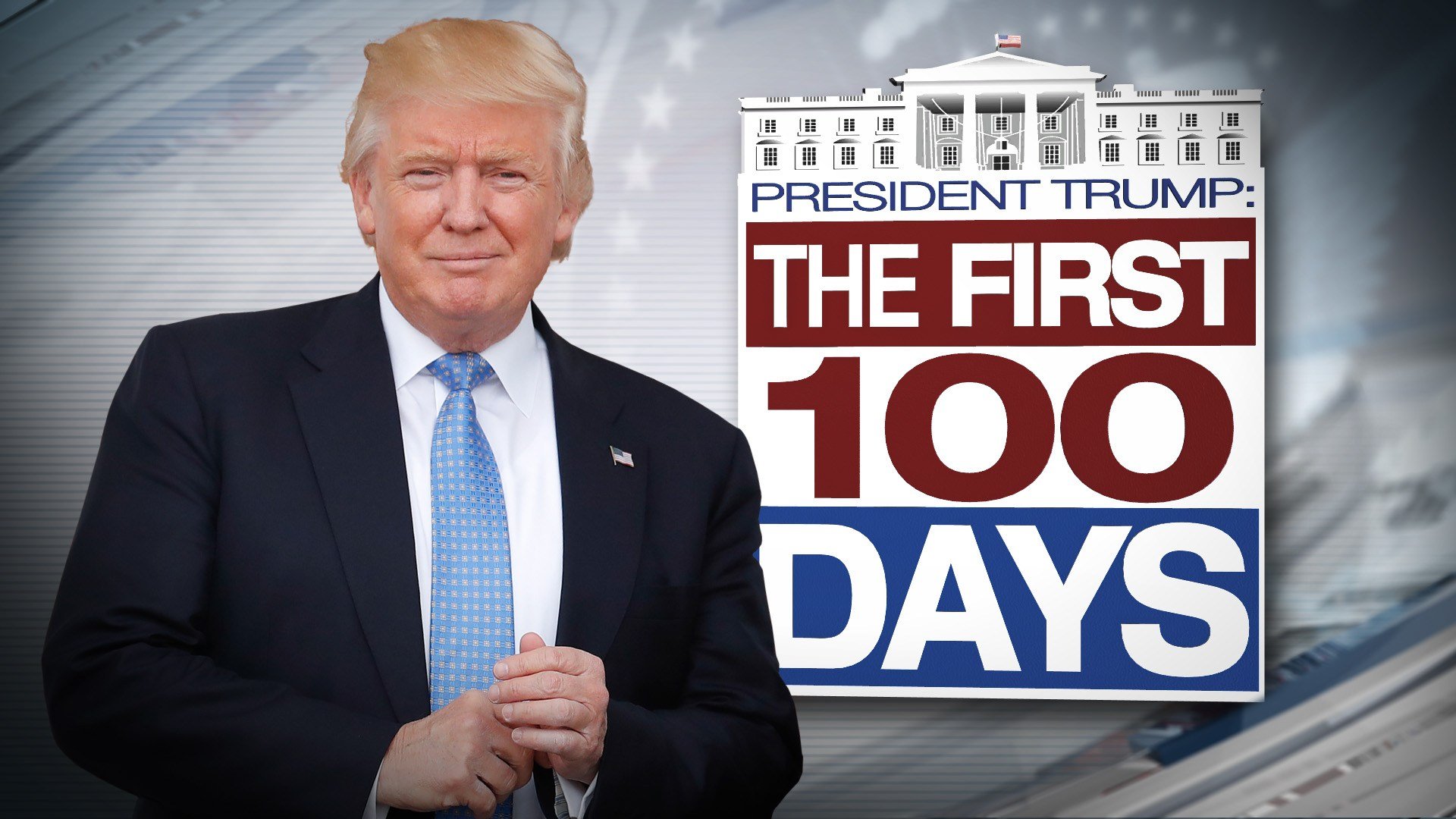 Here's where things stand heading into Day 68 of the Trump administration:

President Donald Trump is coming off the first big legislative defeat of his presidency, and now he's got the poll numbers to prove it.

The newest Gallup daily tracking poll - the first survey released since the doomed Republican health-care bill was pulled Friday - shows Trump's approval rating falling to 36 percent. That's both the lowest of his presidency and lower than President Barack Obama's approval rating ever sank in eight years of Gallup's tracking poll.

The poll was conducted Friday through Sunday, so some of it was done before the bill was pulled. But the writing was on the wall when it came to the bill's fate. On Friday afternoon, after having threatened to make the House vote on the measure - pass or fail - Trump called for it to be pulled and said it was time to move on.

Those are hardly unprecedented numbers, of course. As Gallup notes, Harry Truman, Lyndon B. Johnson, Richard Nixon, Jimmy Carter, Ronald Reagan and both George Bushes all spent time at 35 percent or below in its polling. But Trump has certainly gotten there faster - much faster - than his predecessors.

The question for Trump is just how much the health-care failure cuts into what is arguably the most important element of his political brand: his ability to cut deals and negotiate.

Polls showed that many Republicans who voted for Trump did so despite their reservations about him - including his temperament and his comments about women, minorities and a disabled reporter. The counterarguments were always that they believed he could effect change in Washington and that he could be the dealmaker the federal government needed. The failure of the health-care bill calls both of those things into question.

We'll await more polling, but for now, the initial and limited polling we have suggests that Trump's already-damaged brand was further damaged last week. And after one legislative battle, he's in a uniquely poor position for a new president.

House Intelligence Committee Chairman Devin Nunes, R-Calif., is increasingly on the hot seat, and it's not helping the White House's efforts to downplay the Russia situation.

Nunes's spokesman acknowledged Monday that the chairman had visited the White House to review classified documents that Nunes said suggest that Trump and his associates might have been swept up in the intelligence community's legal surveillance. He made the visit shortly before making the questionable decision to brief the White House itself on the situation.

Nunes apologized last week for sharing the information he had obtained with the White House first, rather than the committee he chairs. And there remains the question about precisely who the source of the information is.

Complicating matters for Nunes is that he was a strong Trump supporter during the 2016 campaign and served on Trump's transition team. At times in recent weeks, he has gone out of his way to shoot down questions about possibly unseemly activities involving the White House. Yet he's also charged with investigating those same alleged activities.

The ranking Democrat on Nunes's committee, Rep. Adam Schiff, D-Calif., called for Nunes to recuse himself from the investigation Monday evening.

And Nunes probably didn't help his cause later Monday night by telling Bill O'Reilly that Democrats want him off the committee because he's so effective. (Which leads to the question: Effective at what?)

White House press secretary Sean Spicer on Monday declined to provide details of Nunes' White House visit. "I'm not going to get into who he met with or why he met with them," Spicer said.

In related news, top Trump adviser Jared Kushner has made himself available for an interview with the Senate Intelligence Committee, the White House confirmed Monday. Kushner, who is also Trump's son-in-law, is one of several Trump associates who had contact with Russian ambassador Sergey Kislyak, having met him during the transition period.

A SUPREME COURT FILIBUSTER IN THE OFFING?

If there was one significant piece of Supreme Court news Monday, it was that Democrats appeared to be edging closer to filibustering Trump's nomination of Neil Gorsuch - a move that would tempt Republicans to try to invoke the "nuclear option" and get rid of the filibuster and the 60-vote threshold for Supreme Court nominees.

After some pushback, Leahy clarified that a filibuster was very much on the table.

And then he said it again, for emphasis,

If there were any doubt how much pressure these senators are getting to filibuster Gorsuch, there it is.

Looking forward, expect plenty of other Democratic senators to go on the record when it comes to a filibuster. There are 48 senators in the Democratic caucus; CNN reports two have said they won't support a filibuster, while 18 have suggested they will. Democrats would need 41 - seven or fewer defections.