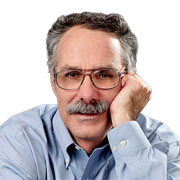 WASHINGTON -- In this bitter campaign, one area of agreement unites the major candidates: trade. Bernie Sanders brags that he's opposed all recent trade agreements; Hillary Clinton now rejects the Trans-Pacific Partnership (TPP), President Obama's signature trade success that she once supported; and Donald Trump blames incompetent U.S. trade negotiators for devastating job losses to China that might be cured by a 45 percent tariff on Chinese imports.

You should take all this with a boulder of salt.

True, a flood of Chinese imports over the past 15 years has cost hordes of U.S. jobs. In a recent paper, three respected economists -- David Autor of the Massachusetts Institute of Technology, David Dorn of the University of Zurich and Gordon Hanson of the University of California at San Diego -- estimated the loss of manufacturing jobs at 985,000 from 1999 to 2011.

But this large number needs context. Over the same period, all U.S. manufacturing jobs dropped 5.8 million; the share caused by China was a bit less than one-fifth. When the economists added China's impact on non-manufacturing firms, the job decline more than doubles to 2.4 million. Still, that's less than 2 percent of total payroll employment of 131 million in 2011 and 143 million now. A more powerful job destroyer was the Great Recession (8.7 million jobs lost over two years).

In addition, there are export jobs. With U.S. exports about 80 percent of imports, they offset most -- though not all -- of trade-related job loss. In 2014, exports supported 11.7 million jobs, says the Commerce Department: 7.1 million for goods (aircraft, medical equipment) and 4.6 million for services (software, films).

Reality: The underlying cause of U.S. trade deficits is the dollar's special role as the world's major international money.

The United States has had continuous annual trade deficits since 1976, well before the North American Free Trade Agreement (1994) and China's joining the World Trade Organization (2001). The explanation is that the dollar is widely used to settle trade transactions, to make cross-border investments and -- for governments -- to hold as international reserves.

The resulting dollar demand on foreign exchange markets raises the dollar's value in relation to other currencies. This makes U.S. exports more expensive and imports into the United States cheaper. In the past, Japan and China magnified the effect by keeping their currencies artificially low. Economists debate how much, if at all, this still occurs.

Reality: Public opinion has long been muddled, both supportive and skeptical.

A 2015 Pew poll reflects the ambivalence. By 58 percent to 33 percent, respondents found free trade agreements a "good thing." More Americans (42 percent) than not (36 percent) feel their family finances benefit. But asked how the agreements affect U.S. wages, 46 percent said "lower" and only 11 percent said "higher" (the rest: no difference).

Reality: Though the rising deficit hurts, the damage is modest. Compared to many countries, the United State economy is still driven mainly by domestic spending.

We're less integrated into the global economy than most. In 2014, we exported about 14 percent of our output (gross domestic product). By contrast, the same export-to-GDP ratio was 23 percent for China, 46 percent for Germany and 50 percent for South Korea, reports the Peterson Institute. (Countries with high exports also have high imports.) Still, slow growth abroad harms the U.S. economy by dampening demand for our exports.

An open trade policy has served America well. It has advanced our strategic goals -- supporting Europe's recovery in the 1950s and 1960s, improving relations with Mexico in the 1990s -- while presenting U.S. consumers with more choices and lower prices. The constant problem is that the benefits are widely disbursed while the social costs concentrate on unemployed workers and bankrupt companies.

We have yet to cope with this, in part because it's hard to draw a line between firms that fail from foreign competition and ones that fail from domestic competition. A similar dilemma involves the dollar. A "strong" dollar is good for the world; it creates certainty and confidence. But a strong dollar also penalizes U.S. exporters and subsidizes U.S. importers. Satisfying both goals simultaneously is tough.

The campaign's misleading rhetoric is dangerous if it leads the next president to start a trade war (Trump) or to repudiate the Trans-Pacific Partnership (Clinton and Sanders). It's better to police for currency manipulation and illegal subsidies. The alternatives have more political appeal but would involve a huge self-inflicted economic wound.