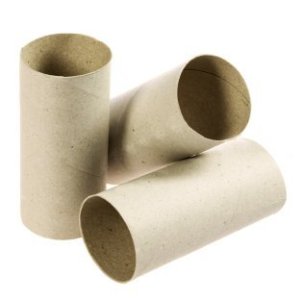 The problem with socialism, is credited with saying, is that you eventually run out of other people's money.

But the late Mrs. Thatcher -- heroic conservative prime minister of -- was too well-mannered to tell people what actually comes next.

After socialists run out of other people's money, the people eventually run out of something almost as precious as money:

It's happening right now in , once a socialist, oil-rich paradise and land of great shortstops. But is fast becoming a thoroughly failed state.

Let's just hope it doesn't happen here. A nation without toilet paper is a nation ungovernable. The social chaos, the whining, the aggravation -- not to mention the horror of alternative methods, like cobs of corn -- would just drive people insane.

I don't know about you, but I'd seriously consider suicide.

Naturally, as is the left-wing way, the socialist politicians are blaming the CIA for it all.

Now, to my friends on the angry political left, please don't again start demanding that I be fired, and please don't shriek that this column is a veiled conservative attack on . It's not. Toilet paper isn't a metaphor.

Bernie is a socialist running a rather ethical and inspired campaign for the Democratic presidential nomination.

And he's got enough problems with and the rigging the game, with all her money and her lock on superdelegates and so on.

So I bet if you asked Bernie about a toilet paper shortage, this is what he'd say:

Those of you who wish to mock socialist should remember that America is in debt and many times over that if you count unfunded entitlements. But our politicians keep promising even more spending.

We just keep spending and printing more and more cash.

So, when you get down to it, Americans have made it clear that we want good, soft, luxuriant toilet paper and we want it now.

We just don't care about whether future generations will have happy behinds. We're really not interested if our great-grandchildren have soft rear ends, just as long as we do.

So far, we're safe. We have toilet paper. But is full of political chaos, in and in the countryside. It began the way it begins for all socialist nations that fall.

Price controls, wage controls, then running out of other people's money, shortages, and finally absolute rage from decent folks who don't really care about politics just as long as they can wipe their bottoms without having to use that fountain thing, whatever it is.

The shortstops have toilet paper in America, but in , their extended families beg for toilet paper. And the government, which seized the toilet paper factories years ago, can't provide the necessary tissue because that's what happens when prices are set artificially too low. Where's the incentive to make any?

Just two years ago, Venezuelans were hard-pressed to find even a meager roll on store shelves. People didn't care if it was premium thick or the cheap scratchy kind with the abrasive wood chunks, they just wanted a roll.

"This is the last straw," said , a shopper failing in his hunt for tissue told the . "I'm 71 years old and this is the first time I've seen this."

"I've been looking for it for two weeks," said . "I was told that they had some here and now I'm in line."

Again, that was two years ago. It is much worse now, with hotels warning visitors that they must bring great bags full of toilet paper rolls with them to enjoy their stay.

Tourist A: Honey, we've got the camera and cash, and hiking boots, and our cool Patagonia gear. But are we forgetting anything?

Tourist B: What else do we need?

But the tourists might be in store for a rude surprise. According to news reports, federal police are at the border to stop the flow of black-market toilet paper sold at highly inflated prices.

Tourist A: Get your hands off me! I'm an American! I'm not trying to make a profit! I'm just trying to get to my hotel and protect my behind!

: You are CIA! Come with me and sit in this dark cement cell with the single light bulb, you profiteer!

Any toilet paper in is either given as precious gifts, or smuggled out to nations that will pay a decent price for the privilege of soft behinds.

I'm no economist, and I'm sure there are many brilliant Ph.D.s who would say that socialism really does work.

All has to do is go deeper in debt, and print more money, the way we do it here in the