Warning: When you can't find the fine print (or read) those web contracts 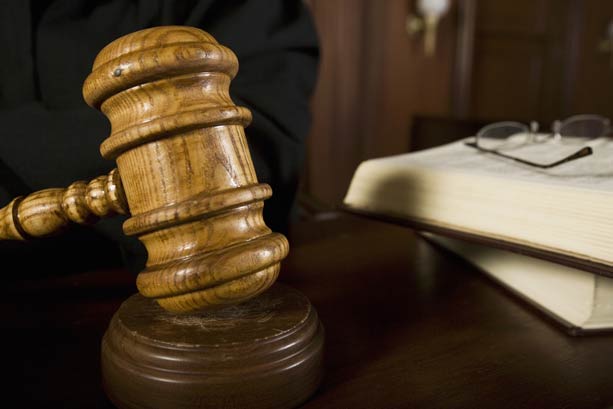 When was the last time you actually read the terms of service before clicking "I agree" on a website? Unless your answer is "never," I don't believe you -- and I don't think it's your fault, either.

But the U.S. Court of Appeals for the 7th Circuit has a subtler view than mine. On March 25, it held that you're not bound by a contract if it wasn't made clear that you were supposed to read it. But if it is made clear, the contract binds you, whether you read it or not.

The facts of the case were pretty outrageous, as these things go. Gary Sgouros signed up online to get his credit score with TransUnion Corp. When he went to a car dealership armed with his good credit score, they laughed him off. His actual score was 100 points lower than TransUnion had claimed.

Sgouros sued, claiming to represent a class of similarly misled clients. TransUnion said that he couldn't sue because he'd agreed to submit any disagreement to binding arbitration as part of the terms of service on its site.

The district court rejected TransUnion's argument, and the 7th Circuit agreed. The basis for the appeals court's holding was that TransUnion's site never actually made Sgouros look at or agree to the arbitration agreement. Instead, the website referred to a "service agreement" and accompanied the reference with a paragraph that said nothing about arbitration.

Next to the service agreement box, the words "Printable Version" appeared. If you clicked that, you got a 10-page document that included the arbitration promise -- on page 8.

Given the borderline deceptive nature of the website, the 7th Circuit had no trouble concluding that Sgouros hadn't signed a contract. But the important part of the opinion wasn't the conclusion that Sgouros could go forward with his suit against TransUnion without arbitration.

What mattered was the court's explanation of why checking the website's service agreement box was inadequate to form a contract -- because that in turn would indicate what sort of consent by Sgouros would have formed a binding contract.

The opinion was by Judge Diane Wood, a perennial U.S. Supreme Court contender. (For some inexplicable reason, she wasn't shortlisted this time, despite being just two years older than Merrick Garland, a difference that would've been more than made up for by women's longer life expectancy.) She wrote that, under the applicable Illinois law, the inquiry into whether a contract had been formed was case-specific. She noted first that TransUnion hadn't ensured that Sgouros would see the "critical" contract language at all. "What cinches the case for Sgouros," she held, was that TransUnion actively misled consumers.

What would have been adequate notice? Wood wrote that other courts have required a noticeable prompt when the contract is reachable only via hyperlink. TransUnion had no such thing.

Wood reasoned that "a website might be able to bind users to a service agreement by placing the agreement, or a scroll box containing the agreement, or a clearly labeled hyperlink to the agreement, next to an 'I Accept' button that unambiguously pertains to that agreement." That, she said, would satisfy Illinois's requirement of "reasonable notice" before a contract can be formed. Wood was giving companies a clear indication of what they need to do to make a contract binding. That's a worthy goal.

But it's hard to find the court's modest conclusion plausible in light of how form contracts really work, especially on the Internet. A body of scholarship, drawing on empirical studies as well as common sense, strongly suggests that consumers don't read form contracts before signing them. When all you have to do is click a button or two, the inclination not to read it is still greater. If no one reads the contract anyway, what's the difference between an honest disclosure and a misleading disclosure such as TransUnion's? Either all such contracts should be considered invalid or none of them should be, regardless of whether it takes a few extra clicks to get to the agreement.

There is a respectable academic view claiming that non-reading by consumers doesn't matter. The theory is that although you don't read the form contract, someone else does. The so-called "informed minority" who actually reads and cares is supposed to be sufficient to discipline a company into providing a fair contract.

It's far from clear that this optimistic theory is convincing in practice, especially when essentially all purchasers are ordinary consumers. But notice that if it were, it still wouldn't justify the 7th Circuit's holding. An educated, contract-reading consumer who bothered to do the reading would surely have found the TransUnion contract eventually. Everyone else wouldn't have bothered -- but they wouldn't have read the contract regardless of how available it was.

The upshot is that although Wood and the 7th Circuit applied Illinois law plausibly and doubtless meant well, we need a thorough rethinking of the law surrounding online form contracts. Probably none should be binding unless they're written in ordinary language and can be read almost instantaneously. We buy all sorts of products, including expensive ones, without detailed written contracts -- whether online or in person.

Contracts often serve the interest of the online seller, not the consumer. If they can't be made short and sweet, we can live without them.