Is Donald Trump a politician? An investigation 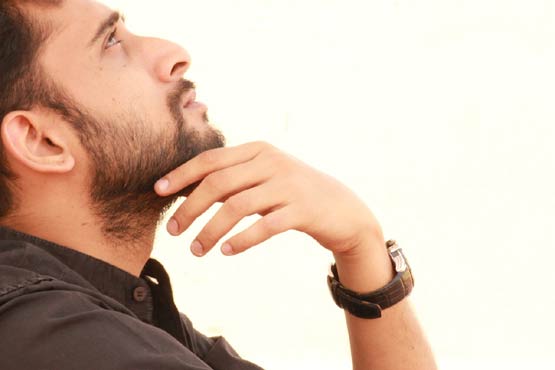 What is a politician?

No, I mean literally. What is a politician? Who counts? Where's the line?

(Yes, that's fair, Donald. You are all action and there's never any talking whatsoever.)

But then, sometimes, he admits that he is a politician.

On "Meet the Press" last fall he told host Chuck Todd, "I'm not a politician, I'm a business guy. I mean, of course for the last three months I'm a politician."

The same split personality affects his tweeting, too. On Thursday, he retweeted "D Elmquist" saying that "[Trump] thank G0D is not a politician, but he's one heck of a fighter who will fight for us, the people." But then in January, he also retweeted @becker_berta saying that Trump "did what no other politician ever dared to do, attacked the media for all their lies."

So which is it? Is Trump a politician, or is he not? Does he have some cake or is he eating that cake?

I am of the opinion that clearly Donald Trump is a politician. Why? Well . . . because! He's running for office! He's been winning elections! I mean, that's what politicians do! But then I realized that I didn't really have any basis for feeling that way. Like the classic line about pornography, the grotesquerie that is a politician is just something you know when you see.

I decided to get semi-scientific. I used Google's automated survey system to poll 1,000 people about what they felt constituted a politician. I gave five options and asked people to identify which ones by themselves indicated that someone was a politician:

• Speculating about running for office

• Working for an elected official, or

• None of the above.

And the results? (Keep in mind that people could offer multiple answers and that the order of the options was randomized.)

The big winner? None of the above.

Now this isn't entirely scientific, and some people simply click buttons to get past the survey. (Many responses come from people who have to answer the question before they can view content on the Internet.) Even excluding the people who answered in less than 10 seconds, the results were the same; a (smaller) plurality said that "none of the above" necessarily meant that someone is a politician.

With no other options to turn to, I looked to that staple of fifth-grade book reports everywhere. And so: Webster's dictionary defines politician as, "a person experienced in the art or science of government; especially: one actively engaged in conducting the business of a government."

Which is not helpful.

Or maybe it is. "Politician" is in the eye of the beholder. If Donald Trump's fans behold a guy who isn't a politician, who is he to complain? He'll just sit there quietly, acting, getting things done.