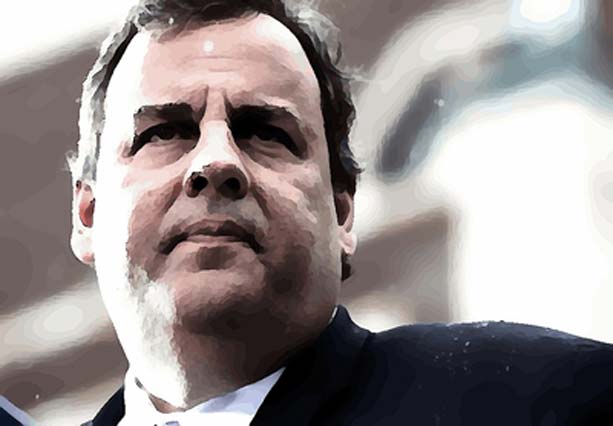 New Jersey Gov. Chris Christie gave his first-date speech at the California Republican Party's spring convention in Sacramento on Saturday. Like a big man on campus, Christie essentially was telling the party faithful: I know you've heard some bad stuff about me, but here's why you should go out with me.

Three years ago, Christie was on top. Big donors were begging him to get into the presidential race and save the GOP from Mitt Romney. Then his fortunes changed. In October 2012, Hurricane Sandy battered Jersey shores, and a grateful governor bear-hugged President Barack Obama, who offered federal aid. The GOP base shrieked. In 2013, Christie's staff shut down the George Washington Bridge in an exercise of political payback; probes never linked Christie to the stunt, but his can-do persona suffered. In October, Christie barked that a heckler should "sit down and shut up." Will voters see his style as good pugilism or bad manners?

Christie fobbed off his style as "passionate." "I do not fight just for the sake of fighting," he explained; he fights battles worth winning. He did not have to add that unlike the most recent GOP nominee, with Christie what you see is what you get.

Establishment front-runner Jeb Bush spent the weekend at the Conservative Political Action Conference in D.C., where participants booed him. The son and brother of presidents has been trying to sell himself to big donors as the candidate willing to "lose the primary to win the general."

In sharp contrast, Christie did not come to Sacramento to bash the base. To the contrary, he told the lunchtime crowd: "It's our party. It's our movement. It's our country." And: "Don't be afraid to trust yourselves with power. Don't be afraid to see a leader who will listen to you."

Before and after the Christie keynote, I walked up to attendees and asked them for their top three picks. The name I heard most often was Wisconsin Gov. Scott Walker -- also a Republican governor of a blue state who has done battle with public employee unions. Some old-timers liked Bush. This year, R's love governors. Only California Assemblyman Travis Allen told me Christie is in his top three -- along with Bush and Walker.

After the speech, Hoover Institution fellow Bill Evers was holding court with four fellow conventioneers. Is Christie in your top three? No, they said. They want more substance and policy. They've watched the magic seep from Christie's cup. They're not sure that he could win.

The Jersey don should appreciate their skepticism. In "Double Down," Mark Halperin and John Heilemann's book on the 2012 election, the authors say that by October 2012, Christie -- whom George W. Bush nicknamed "Big Boy" -- had realized the patrician Romney could not win Ohio. Evers and company see in Christie a GOP pol with a real chance of wooing working-class voters. So "would he be acceptable to us?" Yes, they agreed. If he were to make it to the prom, Christie would do.