The Grass Is Always Greener --- Unless You're Pandering For Votes 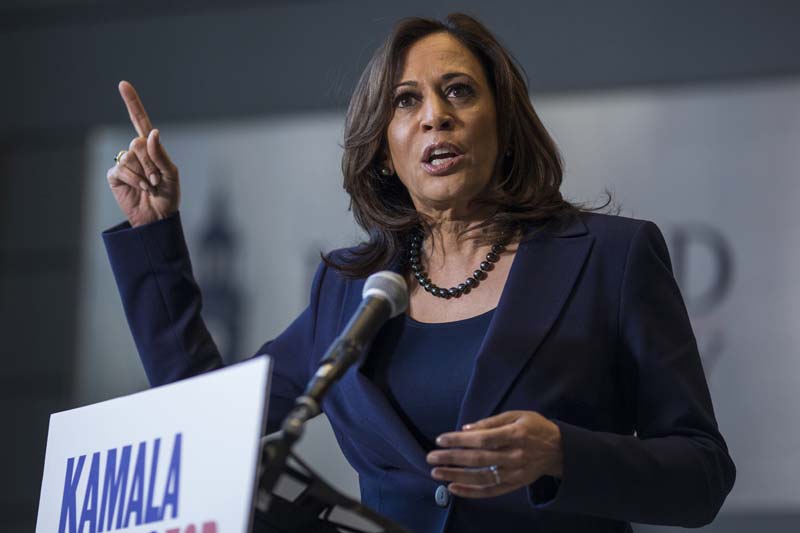 Sometimes, the best laid plans of scribes and men go awry â€“ this column being a good example.

I was prepared to have some fun at the expense of New Jersey Sen. Cory Booker, a vegan and Democratic presidential hopeful who believes that animal agriculture is unsustainable.

My beef with Booker: how does he plan to connect with carnivorous voters in early primary states (surely not through "meat-and-greets")? That includes Iowa (home of the beloved loose-meat sandwich), New Hampshire (the land of pot roast), South Carolina ("the birthplace of barbeque") and Nevada (steak, chicken, pork and elk fajitas).

I was prepared to go so far as to suggest that Booker â€“ like Rep. Alexandria Ocasio-Cortez and her "Green New Deal" dreams of ridding the world of cow flatulence â€“ was part of an anti-bovine conspiracy. Proof of that: Booker's scheduled to hold a Northern California fundraiser at the home of venture capitalist who's invested in a meat substitute.

And then a commercial appeared on my television screen that canceled the planned roast of Booker â€“ a fast-food chain marketing that same beef alternative as cheesy charbroiled goodness.

I guess I was wrong: the socialist/progressive war on meat may not be as apocalyptic as it seems; perhaps Booker's plant-based diet won't uproot his presidential hopes.

Public attitudes change with each presidential election and so too do candidates' calculations. In 1992, Bill Clinton famously hedged on the question of whether he had tried marijuana. He figured that he had to come across as hip-enough to admit to having experimented, but level-headed in not making it a life style â€“ all without violating state or federal law.

In 2008, Barack Obama too the opposite approach: he owned up to being a prep-school pothead. Then again, what choice did he have?

More than a decade later, California Sen. Kamala Harris has taken recreational marijuana a step further. The Democratic hopeful told a morning radio show (New York's "The Breakfast Club," aka "the world's most dangerous morning show") that she used while in college â€“ and she has no problem with present-day society partaking because "it gives a lot of people job and we need more joy."

But here's where Harris committed an unforced political error. Asked what music accompanied her cannabis consumption back in the day, she replied: Snoop Dogg and Tupac Shakur.

The problem: Harris graduated from college in 1986 and finished law school in 1989; Tupac and Snoop's first albums didn't debut until 1991 and 1993, respectively.

A similar story comes to mind: Hillary Clinton's explanation for how she earned her first name.

In 1995, then-First Lady Clinton was on a goodwill tour of Asia that included a stop in Nepal. While there, she briefly met with Sir Edmund Hillary, the first man to ascend Mount Everest (in 1953, six years after Mrs. Clinton was born).

According to a New York Times account of the meeting, Mrs. Clinton "confessed that her mother, Dorothy Rodham, had read an article about the intrepid Edmund Hillary, a one-time beekeeper who had taken to mountain climbing, when she was pregnant with her daughter in 1947 and liked the name."

The article continued: "â€˜It had two l's, which is how she thought she was supposed to spell Hillary,' Mrs. Clinton told reporters after the brief meeting on the tarmac, minutes before her Air Force jet flew past the peak of Everest itself. â€˜So when I was born, she called me Hillary, and she always told me it's because of Sir Edmund Hillary.'"

That account went largely unnoticed for over a decade. Reporters sifted through Chicago newspapers for coverage of Hillary (the climber) that might've inspired Mrs. Rodham and came up empty. A Clinton White House spokesperson's spin: "It was a sweet family story her mother shared to inspire greatness in her daughter, to great results I might add."

I bring up the Hillary episode because it's an example of overdoing it. It wasn't enough to meet Sir Edmund, Mrs. Clinton felt the need to go the extra step and further please her audience. Just as Sen. Harris, put on the spot to name recording artists from her younger days, blurted out the first two names that came to mind.

This isn't necessarily a hanging offense in presidential politics. Hillary Clinton eventually managed to win her party's nomination â€“ on the second try and after a lot more gaffes (who can forget "basket of deplorables"?). Joe Biden seems poised to enter this election despite a past of embellishing tales ranging from his coal-mining heritage to surviving a forced helicopter landing in Afghanistan (it turns out that snow, not sniper fire, was the culprit).


But there is a nagging question of authenticity. Kamala Harris is biracial (Tamil Indian mother, Jamaican father), yet she chooses to identify as black ("I'm black, and I'm proud of being black. I was born black. I will die black. I'm not going to make excuses for anybody because they don't understand," she said in that same radio interview). Yet speaking on a radio show with a large black listening audience, it wasn't enough for Harris to state her race. She also felt the need to go the extra step to prove "street cred".

And that's how accidents happen.

There are worse mistakes to make on the campaign trail. In 2016, for example, Libertarian Gary Johnson couldn't name a single living world leader. He also drew a blank on Aleppo, the scene of the Syrian refuge crisis.

Johnson, you might recall, has been an advocate of legalizing marijuana for the past two decades and has owned up to using cannabis two to three times a week (he said he wasn't using during his presidential run).

All of which might give Harris a convenient out the next time she feels the urge to embellish her biography so as to pander to the Democratic base: marijuana use can lead to memory impairment.