Can a bitter policy argument be settled by the real world? For once, yes 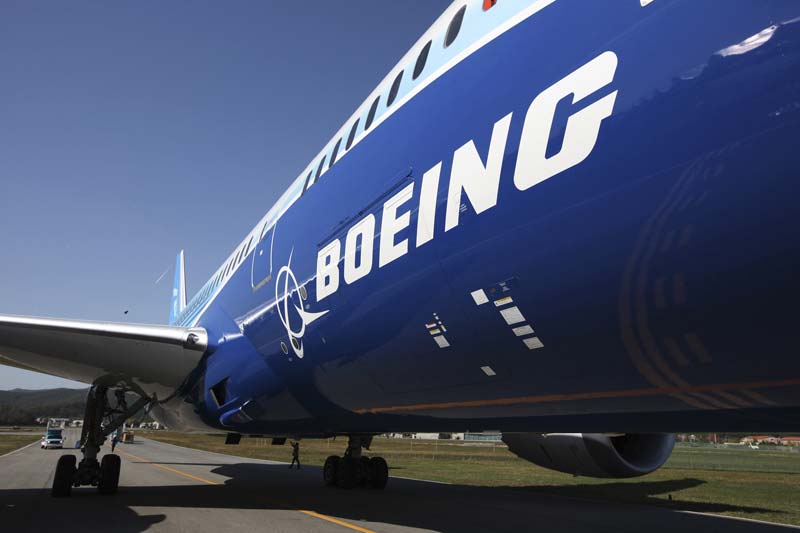 In terms of total revenue, Boeing, the aerospace giant, had its best year ever in 2018, with worldwide sales of $101.1 billion.

Exports were particularly robust. Commercial jet deliveries to foreign airlines rose from 763 in 2017 to 806 last year. Overall, the company has a 5,900-order backlog for airplanes worth a staggering $412 billion, according to The Washington Post.

Congratulations, Boeing! You have created jobs for workers and value for shareholders. The only losers might be your Washington lobbyists. Their argument that Boeing and other U.S. makers of big-ticket manufactured products cannot compete internationally without taxpayer help, in the form of government- guaranteed credit from the Export-Import Bank, has been badly undercut.

For the past 3 1/2 years, Ex-Im, as the trade-finance agency is known, has been essentially paralyzed, yet Boeing has gone from strength to strength.

We may be witnessing that rarest of phenomena in Washington: finally, a tedious, often bitter, policy argument settled through a real-world experiment.

What an argument it has been. Founded in 1934 by the Roosevelt administration to aid sales to the newly recognized Soviet Union, Ex-Im morphed into a source of federal loan guarantees to many other foreign purchasers of U.S.-made goods.

A handful of giant U.S. corporations benefited most, with Boeing leading the way. In fiscal 2013, Ex-Im backed $8.3 billion in aircraft and related sales, including a $117.5 million loan guarantee to support Boeing 737 purchases by oil-rich Dubai. Hence Ex-Im's nickname, "Bank of Boeing."

The case for Ex-Im was that the United States cannot afford to disarm unilaterally, given European support for exporters such as Airbus. Hundreds of thousands of U.S. jobs were at stake, proponents said.

To critics ranging from Sen. Bernie Sanders, I-Vt., on the left to Sen. Richard Shelby, R-Ala., on the right, Ex-Im epitomized crony capitalism.

Any jobs attributable to its portfolio represented a mere shift of resources to politically connected businesses, critics argued. The huge, often state-run airlines to which Boeing sells should be able to find market-rate financing.

Around and around the argument went - until another key player in corporate America, Delta Air Lines, intervened. In the early part of this decade, Delta complained - not implausibly - that Ex-Im-backed sales of Boeing jets to state-owned airlines in other countries were giving those airlines an unfair competitive advantage over Delta and its workers.

The result was an epic split in Republican ranks when Ex-Im came up for a fresh legal mandate from Congress. Free-market purists rallied to Delta's side, while conventional pro-business types backed the bank.

The timing, intensity and cost of this recent but, by now, forgotten legislative battle must have puzzled the millions of Americans not aware that powerful corporate interests were arrayed on each side.

In the end, Ex-Im survived, as a legal entity. Crucially, though, Senate Republican foes of the bank refused to confirm a quorum for the bank's board; without a quorum, Ex-Im cannot approve loan transactions larger than $10 million.

As a result of this ploy, the bank has been unable to aid foreign sales of Boeing or other makers of big-ticket goods since June 2015.

And yet, in that time, Boeing has done awesomely well.

It's not just Boeing that has survived or thrived during Ex-Im's paralysis. Another company that received heavy Ex-Im support, construction-equipment-maker Caterpillar, achieved a record profit per share in 2018. Caterpillar's outlook for 2019 is somewhat less rosy, due to broad economic factors such as the slowdown in China, but Ex-Im, or the lack thereof, hardly registers in analyst forecasts.

Yes, General Electric, another major Ex-Im dependent, has been in a downward spiral, but its troubles are due to cumulative strategic errors, not Ex-Im's shutdown.

Ex-Im's trade-manipulation mission fits President Trump's economic mentality, and so his administration is trying to get a new Ex-Im board through the Senate - thus far without success.

Boeing supports an Ex-Im revival, as Gordon Johndroe, vice president of communications for Boeing Government Operations, told me in an email: "Ex-Im provides a financial backstop for non-U.S. companies to buy American products and that's important now, but even more important in the event of a global economic slowdown if you want to create or maintain jobs in the United States."

No doubt overseas customers who have made down payments on Boeing planes would be happy to have Ex-Im up and running again, just in case they can get more attractive loan terms between now and delivery time.

Yet it's doubtful that very much in the way of American prosperity hinges on this "backstop." Even in its heyday, Ex-Im supported no more than 2 percent of all U.S. exports.