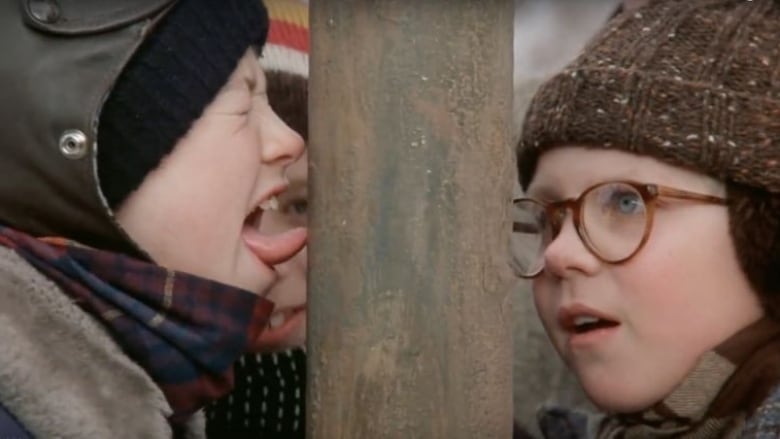 Before the power went out at our house, and the cold sent its fingernails through the walls and the wind began to sing of death, I planned on writing quite a different column.

Something pithy to poke fun at all those irritating summer children panicking over the polar vortex that makes it feel like 50 degrees below zero outside.

You've heard them, haven't you? They've been jabbering nonsensically in media for media for days now, warning us to wear hats, gloves, boots, coats.

It's as if they've never seen a proper northern winter. And so my plan was to simply tell them this:

Go on, lick the pole "just to see what will happen."

And now it's the perfect time, the perfect day for it. Years from now, they might tell their descendants, "On the coldest day in , I licked the pole, and lived to tell the tale."

It would make a great bit on social media, tongues stuck to steel, random thoughts about the physics of what just happened to the water in the saliva. But tongues frozen to poles tend to drive science out of the brain, and they'd just stand there, waving their hands in panic, shrieking tongue-lessly in the cold.

Wouldn't their friends laugh and laugh?

Someone would say it was exactly like that movie about shooting your eye out, or some derivative junk, and their friends could take photos and make memes of ice and snow.

And you're stuck to the pole.

It could be fun.

If they had their smartphones, they might even listen to Ser Alliser Thorne, of the Night's Watch from "Game of Thrones," tell them about the true nature of cold and what you eat when you're cold and hungry enough.

Or perhaps they might think about old Nan with her stories of the white walkers and the deadly cold.

Or maybe consider another story about the cold: "Silent Snow, Secret Snow," by , about a boy who goes mad in the snow. Yes, mad.

You can go mad standing alone, with your tongue stuck to the pole, I suppose, can't you?

Or, perhaps, with their tongue stuck to the pole they might amuse themselves with other winter stories, like the one on Drudge about all those crazy cat ladies fanning out across frozen Chicagoland.

The crazy cat ladies seem determined to save some 20,000 feral cats before they became cat-sicles.

Feral cats hate humans and they slaughter songbirds, but they're a protected political class. If you've ever dared speak ill of feral cats, and felt the wrath of cat ladies, you know. Perhaps it comes from breathing in the parasites found in cat feces. Some cat ladies go mad, too, poor things.

They would most likely ignore you -- stuck to the pole as you were -- in their search of their precious feral cats. You might even hear the crazy cat ladies chattering, about the names they've given to their feral cats, about odd feline personality traits and so on, and you'd wave your arms in panic, and make high-pitched sounds, but they wouldn't see you. They're on a mission.

And you would stand there and most likely freeze to death, all because you were a human and not some cat worthy to be saved.

It would begin with a numbing.

At least that's what I'd planned on doing, mocking the whole stupid business, but just before dawn on Wednesday, the power to our house went out.

Betty found a candle, a ridiculous purple candle from who knows where, and went back to bed, reasoning that it would be warmer upstairs.

I wanted someone to tell me I'd be warm. The police said Commonwealth Edison told them that power would be restored in an hour.

Is it odd that gas heat doesn't work without electric power? I don't know. I should have known. But I didn't.


A candle in the dark helps you listen. I don't know why that is, either, but in the dark, it helps concentrate the eardrums. And when your power is out in the cold and the heat is off, and the wind is blowing, you hear it speak.

The wind doesn't speak to you directly. The wind speaks to the windows. If you're unlucky, you can eavesdrop. When you have power and heat, you can't really understand what the wind says to the window.

But when it's 50 below outside, you can understand what the wind says. It says: "I'm coming in and they can't stop me."

The neighbor's generator, trying to kick on, also says something. It says, "Why didn't you get a generator, you fool?!"

Finally, the power came back on as promised. But in late afternoon, as I began writing this, the power went out again. And it got cold, again.

There is a fireplace. We huddled around it and made tea, and Zeus the Wonder Dog nestled at our feet.

There is a story I should read at the fireplace, one that I'd read as a boy, one that taught lessons that I promised myself I would never, ever forget. But I did.