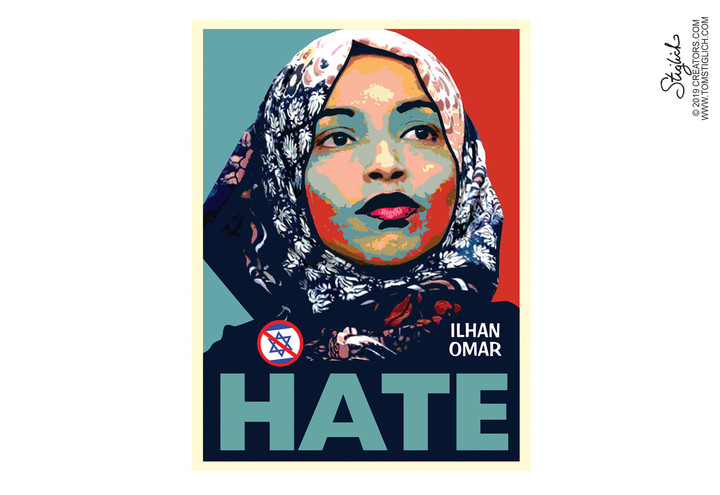 Rep. Ilhan Omar, D-Minn., has been a member of Congress for a little over a month. But for the second time, she has apologized for circulating what she herself called an "anti-Semitic trope."

Omar's apology Monday came after about two dozen House Democrats - including all the party's leaders - labeled her comments anti-Semitic and asked for one. Omar had tweeted Sunday night, "It's all about the Benjamins baby" while discussing GOP leaders punishing her for her comments about Israel. She later suggested that AIPAC - a pro-Israel lobbying group - was responsible for it.

"Anti-Semitism is real and I am grateful for Jewish allies and colleagues who are educating me on the painful history of anti-Semitic tropes," she tweeted Monday.

The public outcry was much larger this time, but the episode and the apology carry parallels to another apology Omar offered on Jan. 22. At the time, a 2012 tweet had surfaced in which she had said, "Israel has hypnotized the world, may Allah awaken the people and help them see the evil doings of Israel."

Asked about it on CNN, Omar initially said, "Those unfortunate words were the only words I could think about expressing at that moment." But, she added in another interview, "I don't know how my comments would be offensive to Jewish Americans. My comments precisely are addressing what was happening during the Gaza War, and I am clearly speaking about the way the Israeli regime was conducting itself in that war."

"In all sincerity, it was after my CNN interview that I heard from Jewish orgs. that my use of the word 'Hypnotize' and the ugly sentiment it holds was offensive," she said. She added: "It's now apparent to me that I spent lots of energy putting my 2012 tweet in context and little energy is disavowing the anti-semitic trope I unknowingly used, which is unfortunate and offensive."

In both cases, Omar initially sought to deflect criticism by saying she wasn't talking about Jewish people writ large - but just about the actions of larger groups tied to Israel. In the January case, she said she was only talking about Israel's conduct in wartime; this time, she says she only meant to target the pro-Israel lobby.


In each case, though, whatever her intentions, the language she chose carried clear historical connotations about very specific and well-trafficked anti-Semitic ideas - the idea that Jews use mind control to get what they want and the idea that they control Washington through their money.

Having seen what happened last time - and perhaps also noting Omar's odd comments about Sen. Lindsey Graham, R-S.C., being "compromised" around a time some were floating innuendo about him being gay - Democratic leaders seem to have decided it was time to send a message and give Omar a very public dressing down.

The reaction was swift and largely unified. We will find out just how chastened Omar is and how much more cautious she might be.