The criminal justice system also has an 'alternative facts' problem 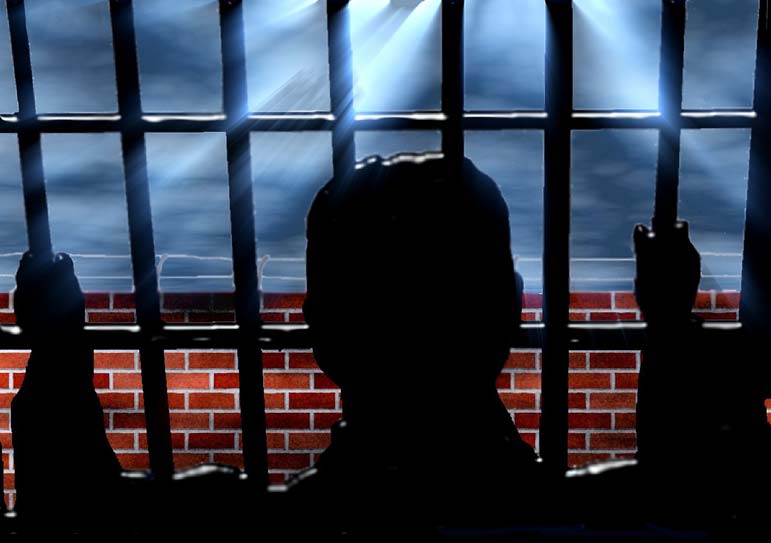 It has been nearly 10 years since the National Academy of Sciences sounded the alarm about the shortcomings of forensics. Since then, there have been countless follow-up studies, state and national commissions, reports, panels and - to underscore the conclusions those entities reached - a consistent wave of crime lab scandals all over the country.

In the past year, Vox, the Nation and NBC News have published lengthy treatises on the basic problem: Many of the forensic disciplines used in courtrooms across the United States are unreliable and entirely subjective, using methods unsupported by scientific research. Forensic malfeasance has even crept into the plots of TV police and legal dramas.

The crisis in expert testimony seems to be resonating just about everywhere except for the one place it's most crucial: in courtrooms. But the problem is bigger than forensics and junk science. It isn't that the courts have been duped by phony expertise or quackery; it's that the criminal justice system has evolved to disregard its own mistakes. Courts rarely correct themselves, even when they get something fundamentally wrong. And because they make their own rules, there's no one to tell them to get it right.

Last year, reporter Pamela Coloff published a piece in ProPublica and The New York Times Magazine about Joe Bryan, a Texas man convicted partly because of blood-spatter testimony given by a detective. That officer had all of 40 hours of training in blood-spatter analysis, a field of forensics that, even when done properly, has been questioned by the NAS and other authoritative groups. The detective himself has since admitted that his testimony was mistaken, and the Texas Forensic Science Commission determined that his testimony in Bryan's trial was "not accurate or scientifically supported." Yet none of this was enough to overturn Bryan's guilty verdict. In December, a Texas judge denied his request for a new trial.

In 2017, some reform advocates hoped the Supreme Court would fix a long-standing error when it considered a case about barring sex offenders from using social media. In the majority opinion in McKune v. Lile, Justice Anthony Kennedy repeated a claim from a pop psychology magazine that the recidivism rate for sex offenders was "frighteningly high," as high as 80 percent. It's nowhere near that high. In fact, people convicted of sex crimes reoffend at a lower rate than any other class of criminals. Kennedy's claim has been repeated by more than 90 courts across the country in opinions upholding various types of post-incarceration punishment for sex offenders, including indefinite detention and living restrictions that force them sleep under bridges. The court has had a number of chances to correct Kennedy's mistake. It hasn't. In the 2017 case, the court struck down the social media ban but left Kennedy's error intact. The majority opinion's author? Kennedy.


I've written about similar mistakes of fact the court has made over the years. The Supreme Court has created an alternate universe in which prosecutors are regularly disciplined by bar associations, police officers are regularly disciplined for violating constitutional rights, and police officers are inundated with roadside ambushes and "split-second decisions" about whether to use force. Despite ample evidence and decades of research showing that eyewitness testimony is inherently flawed, often manipulated by law enforcement, the leading cause of wrongful convictions and could be made much more reliable with some easy fixes, as recently as 2012, the Supreme Court continued to uphold that "the safeguards generally applicable in criminal trials" are sufficient to prevent misidentification. In 2015, the court refused to consider a challenge to a Louisiana law that prohibited defense lawyers from even mentioning research on problems with eyewitness testimony.

All of this provides some important context for a regrettable ruling late last year in the case of Eddie Lee Howard, a Mississippi man on death row at the state penitentiary in Parchman. Howard was convicted in 1994, primarily because of testimony from Steven Hayne and Michael West. Hayne is a controversial longtime medical examiner who was described a few years ago as "discredited" by the U.S. Court of Appeals for the Fifth Circuit. (Tellingly, that description came after decades in which that court and others had persistently rejected challenges to Hayne's credibility. Worse, the opinion itself actually denied relief to the convicted man because, according to the opinion, the man had waited too long to file his challenge to the same expert the same court had been protecting for years.)

But it was West who did most of the heavy lifting to put Howard on death row. West is a notoriously buffoonish "expert" witness, a self-trained bite mark analyst and forensic jack-of-all-trades. He has been roundly denounced by just about everyone who has crossed paths with him, including other bite mark analysts, the prosecutors who once used him and Mississippi Attorney General Jim Hood. He has been expelled from one forensics organization and was forced to resign from at least two others. West is considered a pariah even within the field of bite mark analysis, which itself has been roundly criticized by every scientific body to examine it. In the early 2000s, one defense attorney even tricked West into matching the teeth of the attorney's own investigator to the bite marks from an unrelated crime scene.

In the Howard case, like many others that Hayne and West worked on together, Hayne claimed to have found bite marks on the body of the victim (who in this case had been exhumed). He then called in West, who "matched" those marks to Howard.

From the time of Howard's conviction in 1994 until about the mid-2000s, Howard and other Mississippi defendants repeatedly challenged West's credibility in their appeals. Over and over, they lost. Over and over, state courts up to and including the Mississippi Supreme Court ruled that as long as the defendant's attorney had the opportunity to cross-examine West at trial, there was no harm in allowing him to testify for the state.

But in 2007, two men convicted because of testimony from Hayne and West - Kennedy Brewer and Levon Brooks - were exonerated by DNA testing, which pointed to the real killer in both cases. That man, who had been exonerated by West in the Brooks case, later confessed to committing both crimes on his own. He also said that he never bit the victims. Prosecutors dropped the charges against Brooks and Brewer and released them from prison.

In 2013, Howard's lawyers were permitted to perform DNA tests on the crime science evidence. Tests did find male DNA on the blade of the murder weapon, but it wasn't Howard's. Finally, in 2015, the Mississippi Supreme Court granted Howard a hearing to assess the validity of the scientific evidence against him. That multipart hearing took place in 2016 and 2017. In a deposition for the hearing, West belched, cracked jokes and swore profusely. He called his critics childish names, reprimanded Howard's attorneys and concocted hypotheticals that involved him killing those attorneys. Mississippi's attorney general had long since conceded that West wasn't a credible witness. Yet Jim Hood's office has continued to defend convictions for which West was a crucial witness. And here, the state's star witness in a death penalty case wasn't just lacking in credibility; he behaved like a petulant adolescent.

Yet none of this was enough to win Howard a new trial. In a ruling issued in October, Circuit Court Judge Lee Howard (the judge and defendant have confusingly similar names) argued that Eddie Lee Howard's attorneys had already challenged West's credibility during his two trials, in his direct appeals and in more than one of his post-conviction petitions. Every time, he had lost. Every time, a Mississippi court had ruled that West was either a perfectly credible witness or not so tainted that he shouldn't have been permitted to testify. So, the judge ruled, Eddie Lee Howard was procedurally barred from raising these issues again. Moreover, Judge Howard pointed out that under the controlling case law, the Mississippi Supreme Court had already ruled that (a) bite mark evidence was admissible in the state, and (b) West in particular was permitted to testify as an expert.

There are a couple of problems with this argument. First, that the Mississippi Supreme Court has said that bite mark evidence is admissible in the state's courts does not mean that it is admissible in every case, no matter how shabbily it is presented. Similarly, the fact that the court has allowed West as an expert doesn't mean his testimony is therefore always credible and never to be challenged. Second, the same state supreme court that Judge Howard cites is the court that ordered Eddie Lee Howard's evidentiary hearing. There are two possible outcomes from an evidentiary hearing of this type: The court either rules that the evidence is scientifically valid or that it is not. If the Mississippi Supreme Court didn't think tossing West's testimony was a legally permissible outcome, it wouldn't have ordered the evidentiary hearing in the first place.

Judge Howard, of all people, should know that West is not a reliable expert. Yet despite being given an opportunity to afford some justice to a third man convicted because of West, Judge Howard opted instead to uphold the conviction. In doing so, he noted that he was bound by prior state supreme court decisions. What doesn't matter - what he didn't even consider - is that those decisions were provably, definitively wrong. And yet because the legal system can't seem to correct its mistakes, Judge Howard relied on the three cases that, incredibly, still govern the admissibility of bite mark evidence in Mississippi: a ruling from Eddie Lee Howard's previous appeals, Kennedy Brewer v. State of Mississippi and Levon Brooks v. State of Mississippi.

For all of the recent talk about the death of truth and alternative facts, the criminal justice system has been creating its own alternate reality for decades - one in which sex offenders are highly recidivist, quack experts are trained researchers, bite mark matching is steeped in science and blood-spatter analysis is as foolproof as a cholesterol check. Once the U.S. Supreme Court or a state supreme court cites a claim as truth, lower courts and their litigants are obligated to treat it as gospel. Subsequent jurisprudence then relies on and sometimes even turns on these "truths." At that point, the courts are rarely interested in whether they're actually . . . true.

Previously:
• 12/24/18: A recent federal appeals court decision lays out - and then glosses over - what may be the biggest problem with how forensics is used in criminal cases
• 09/20/18: The murder evidence evaporated,yet he's still rotting in jail
• 12/29/15: Judge rules drinking tea, shopping at a gardening store is probable cause for a SWAT raid on your home