A non-alarmist reading of the Mueller Russia indictment 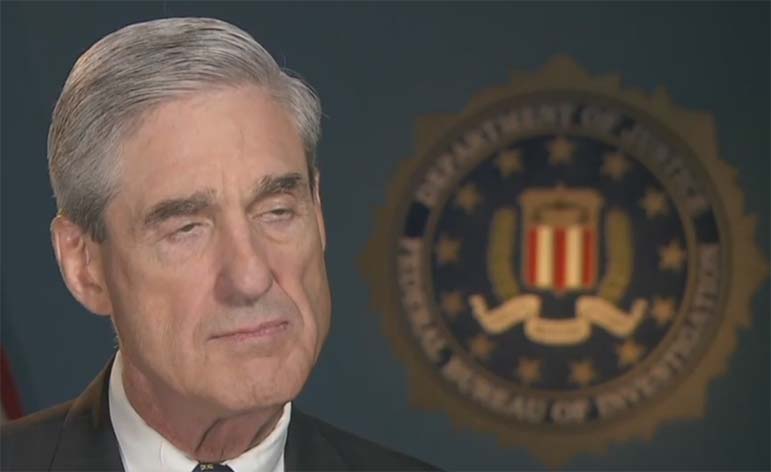 There's been no shortage of breathless reaction to Trump-Russia special prosecutor Robert Mueller's indictment of 13 Russians and three Russian organizations for their efforts to influence the 2016 presidential election. "An attack that -- but for the loss of life -- is as bad as Pearl Harbor," tweeted veteran journalist Jonathan Alter.

That's one way to look at it. Another is that, combining the 37-page indictment with testimony from social media executives before congressional intelligence committees, the Russian operation, while warranting serious U.S. punishment, emerges as a small, poorly funded undertaking with a level of effectiveness that is impossible to measure but could be near zero.

The Russian project has been discussed almost exclusively in terms of Donald Trump, but it did not start out that way. According to the indictment, it began in May 2014, months before Trump began campaigning, with "the purpose of interfering with the U.S. political and electoral processes, including the presidential election of 2016."

The group's work was done through social media -- Facebook, Instagram, Twitter. Most of it consisted of buying ads or posting messages and keeping track of their spread through the social media world.

The indictment quotes an unspecified Russian document saying the goal was to create "political intensity through supporting radical groups," focusing on angry fringes and hot-button issues like immigration, the Black Lives Matter movement, and religion.

When attention turned to the 2016 race, the Russians at first focused on denigrating Hillary Clinton, and also Ted Cruz and Marco Rubio, and supporting Bernie Sanders and Trump.

But again, it was not Trump-specific. The primary goal seemed always to mess with Clinton, the presumed favorite to win the Democratic nomination and then the presidency. Everything else was improvised.

The intensified focus on Trump came, not surprisingly, as Trump emerged as the likely Republican nominee to challenge Clinton. "From at least April 2016 through November 2016," the indictment says, "defendants and their co-conspirators, while concealing their Russian identities and organization affiliation through false personas, began to produce, purchase and post advertisements on U.S. social media and other online sites expressly advocating for the election of then-candidate Trump or expressly opposing Clinton."

The sums amount to mere rounding errors in a race in which the Clinton and Trump campaigns spent a combined $2.4 billion.

Facebook said that of ad "impressions" -- that is, how many times an ad appeared on screen in a person's news feed -- just 44 percent came before the election, while 56 percent came after the election, and thus did not affect its outcome. And about 25 percent of the ads were never seen by anyone, Facebook added.

Looking at key states, the total spent on ads targeting the super-important state of Pennsylvania was just $300, according to Senate Intelligence Committee chairman Richard Burr. Ad spending in another key state, Michigan, was $823. In Wisconsin, it was $1,979.

That is not the stuff of rigging elections.

The indictment says Russians used the fake Facebook accounts they created to team with unwitting Americans to stage a few real-world, pro-Trump events in Florida, Pennsylvania and elsewhere. A few days after the election, the Russians staged two rallies in New York -- one to support the president-elect and another headlined "Trump is NOT my President."

All Americans should be grateful that Mueller has gone after the Russian interference project. Russia needs to be prevented from doing it again, and also not allowed to get better at it.

But that doesn't mean the Russian interference outlined in the new indictment amounted to a lot. It didn't.

Of course, there's more to the 2016 Russian effort than the conduct outlined in the new indictment. The charges do not cover, for example, the Russian hacks of the Democratic National Committee and Clinton campaign chair John Podesta, which could become the subject of future indictments.

So there is more to learn. But as far as the new indictment is concerned, there is good reason to stay calm. It's not Pearl Harbor, in any way, shape or form.