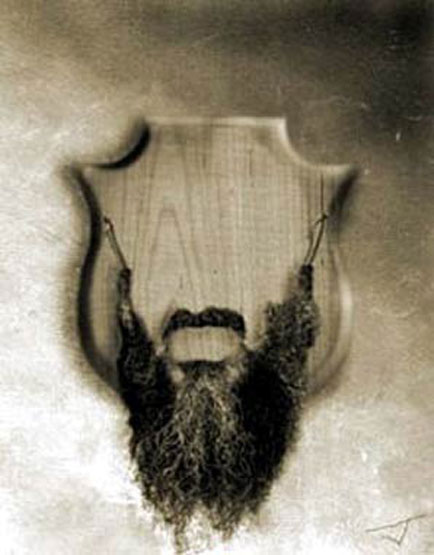 KABUL, Afghanistan - Taliban insurgents on Wednesday issued an extraordinary, 17,000-word appeal to the "American people," asking them to pressure U.S. officials to end the 17-year-old conflict in Afghanistan and asserting that the protracted American "occupation" had brought only death, corruption and drugs to the impoverished country.

The letter, emailed to the media in English and four other languages, contained official statistics about the human and economic costs of the war, and in parts it used a reasonable, almost academic tone to make its arguments. In other sections, it reverted to a more familiar accusatory tone, referring to U.S. officials as "war-mongers" and usurpers.

"Prolonging the war in Afghanistan and maintaining American troop presence is neither beneficial for America nor for anyone else," the document said, calling on U.S. citizens, legislators and others to "read this letter prudently" and evaluate the costs and benefits of continuing to fight. "Stubbornly seeking the protraction of this war," it added, will have "dreadful consequences" for the region and the "stability of America herself."

The letter, sent under the banner of "The Islamic Emirate of Afghanistan," was issued just weeks after a blitz of deadly insurgent attacks in the Afghan capital that have left the government struggling to cope with increased public anxiety and anger. It also came as the Trump administration is ramping up a new military strategy, involving thousands of additional troops, to expand the Afghan security forces and train them to defend their country independently.

While insisting that "our preference is to solve the Afghan issue through peaceful dialogues," the letter also warned that Taliban forces "cannot be subdued by sheer force" and that seeking a peaceful solution does not mean "that we are exhausted or our will has been sapped."

This combination of outreach and threat has been a hallmark of Taliban statements, including a shorter one issued shortly after the spate of attacks last month that killed more than 150 people in urban population centers. The insurgent group has insisted that it will not revive peace talks unless foreign troops leave the country, and it has rejected repeated feelers from the administration of President Ashraf Ghani.

A spokesman for Ghani, Shah Hussain Murtazawi, responded sharply to the letter, saying, "We never negotiate with groups who resort to crime and the brutal killing of people and then claim responsibility for it. The door of peace is shut to them, but the door of peace is open to those groups who have expressed their hatred for such crimes."

But the Taliban appeal, whose authenticity was confirmed in a brief telephone conversation with insurgent spokesman Zabiullah Mujahid, was primarily aimed at a U.S. audience. What was new about it was the use of published statistics and logical arguments - not just ideological harangues - to persuade the American citizenry that its government's lengthy investment in the war has been a dire mistake.

The letter's talking points included a list of goals that the U.S. government had set out to achieve in entering the war, including eliminating terrorism, establishing the rule of law and eradicating drugs. It then systematically presented arguments, backed up with international statistics but also exaggerated for effect, to show that these efforts had failed or had extremely negative consequences.

"As confirmed by your own military authorities, 3546 American and foreign soldiers have been killed, more than 20,000 American forces injured and tens of thousands more are suffering mentally," the letter said, asserting that the actual casualty figures were much higher but were being "concealed" by U.S. leaders.

The casualty figures cited in the letter track with those provided by the U.S. military.

A second argument said reports by the U.S. Office of the Special Inspector General for Afghan Reconstruction estimated that "sixty per cent of Afghan territory is now under the control of Taliban." The figure is actually much lower, but the inspector general and other agencies have said that insurgents currently control or influence more territory than at any time in the war and that the area continues to widen.

The letter also said that there had been 751 U.S airstrikes in September, which appears to be an accurate figure. "You should ask your generals that despite using such force, have you retaken even a single inch of land from the Taliban," the letter suggested.

A third assertion was that previous U.S. administrations had cited the "prevention and eradication of narcotics" as a justification to "invade" Afghanistan, an inaccurate claim. But the letter went on to correctly cite figures from the U.N. Office on Drugs and Crime showing that opium poppy cultivation has "skyrocketed" in the 17 years since the U.S. military intervention and that the number of drug addicts in the country has reached more than 3 million.

The overall message of these arguments was that the American people should make a "rational" assessment of the war effort, realize that it is backfiring, and prevail upon their leaders to withdraw.

"You proclaim to be a developed and civilized nation," the letter said. "We leave it to your judgment to decide" whether the prevailing conditions of "insecurity, chaos" and soaring drug problems in Afghanistan constitute "reforms or crimes against humanity."