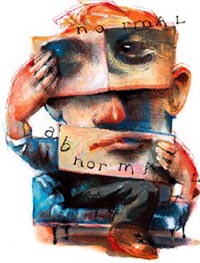 
There's some truth to all of this. Trump has said some incredibly awful things (e.g. his comments on Charlottesville, Virginia, and Haitians). He's not a predictable, stable genius.


All of this "non-normality," however, has resulted in ... a relatively normal situation. The economy's booming. We're on more solid foreign-policy ground than we were when President Obama was in office — by a long shot. The constitution hasn't been torn asunder. The structures of government are still in place. Trump may be toxic rhetorically, but his presidency hasn't annihilated the norms that govern our society.


The same can't be said, however, of the media institutions that seem so consumed with saving the republic from the specter of Trump. Like self-appointed superheroes so intent on stopping an alien monster that they end up destroying the entire city, our media are so focused on stopping Trump that they end up undermining both their credibility and faith in American institutions.


Take, for example, the media's coverage of North Korea at the Winter Olympics. Suddenly, the worst regime on the planet has been transformed into a cute exhibit from "It's a Small World." Those women in red forced to smile and cheer on cue? Just an example of the brilliance of revolutionary North Korean "juche" ideology. Kim Jong Un's sister, a member of the inner cabinet of a regime that imprisons thousands of dissenters and shoots those who don't properly worship the Dear Respected? She's an example of Marxist humility and stellar diplomacy.


It's not just the media.


This week, we learned that former FBI Director James Comey, former Deputy Attorney General Sally Yates, former national security adviser Susan Rice, former Vice President Joe Biden and former President Obama held a last-minute meeting at the White House to discuss the possibility of Trump-Russia collusion. At that meeting, Rice wrote in an email, Obama reportedly asked whether there was any reason "we cannot share information fully as it relates to Russia." That means that Obama asked his top staff, including the FBI, whether he could hide intelligence information from the incoming Trump team.


That amounts to a massive breach in the constitutional structure. The FBI is not an independent agency. It is part of the executive branch. The incoming Trump administration was duly elected by the American people and had every right to see all intelligence information coming from the FBI and the CIA. Yet it was the supposedly normal Obama White House exploring means of preventing that transparency.


Trump isn't a normal president. But the threat to our institutions doesn't reside only at 1600 Pennsylvania Ave. — or even primarily there. It resides with those who are willing to side with any enemy and violate every rule in order to stop the supposed threat of Trump.