For libs, thousands of mostly black homicide victims are just a 'bump' in the numbers 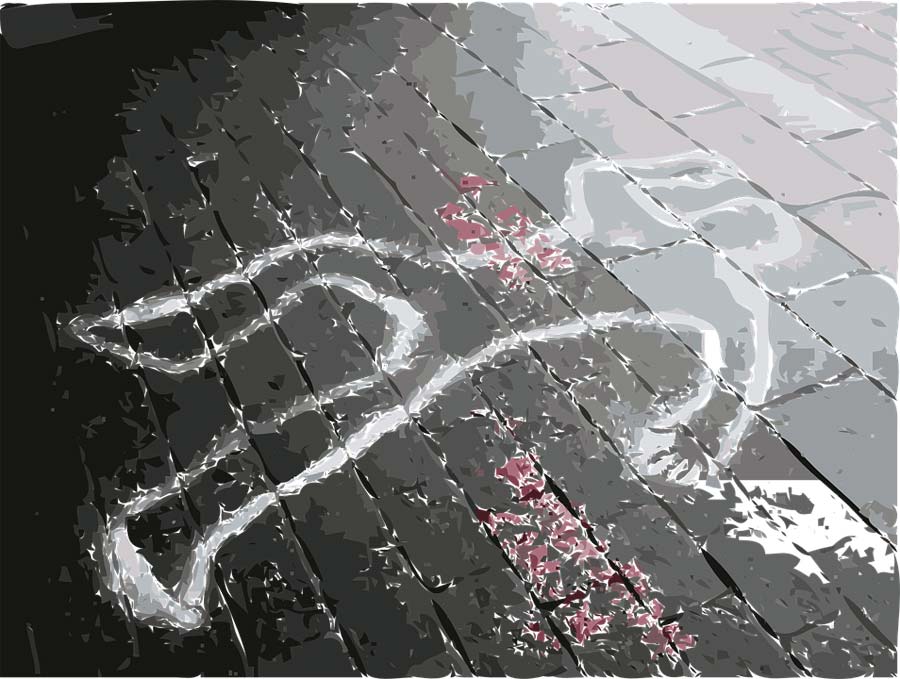 In an essay on the nation's 20-year crime drop, inspired by New York University sociologist Patrick Sharkey's new book, Uneasy Peace, Gopnik declares that the "urban crime wave is over."

Anyone who has recently raised an alarum about crime—that would be Donald Trump, of course—is appealing to "preexisting bigotry." Trump campaigned "against crime and carnage where it scarcely exists," Gopnik writes, in order to exploit the "fetishistic role" of crime in the racist American imagination.

Let's look at what Gopnik calls crime that "scarcely exists."

In 2016, candidate Trump spoke repeatedly about the rising bloodshed in inner cities. That year was the second in a two-year, 20-percent increase in the nation's homicide rate, the largest in nearly half a century. Violent crime overall rose nearly 7 percent in 2015 and 2016—the largest consecutive one-year increases in a quarter-century.

Up until 2015, crime had been steadily dropping across the country, thanks to the spread of data-driven, proactive policing and the use of determinate sentencing to lock away violent criminals. But as 2014 drew to a close, that 20-year crime drop stalled and then reversed itself.

Trump regularly referred to Chicago's crime increase during the presidential campaign. In 2016, 4,300 people were shot in Chicago—one person every two hours. The victims were overwhelmingly black. Two dozen children under the age of 12 were shot in Chicago in 2016, among them a three-year-old boy mowed down on Father's Day 2016 who is now paralyzed for life, and a ten-year-old boy shot in August whose pancreas, intestines, kidney, and spleen were torn apart.

Those child victims were also overwhelmingly black. Trump called those Chicago shootings and others like them in Baltimore and St. Louis "carnage." What does Gopnik call them? A mere "bump or burp in the numbers." If 4,300 white people had been shot in any city of the country, there would be a revolution.

But because the victims were black, it would be dog-whistle racism to call attention to them. Racism once consisted of ignoring black-on-black violence as a fact of nature that was beneath concern.

It is a bizarre twist in contemporary liberalism that drawing attention to the black victims of street crime is now the racist position. This deflection has come about in order to avoid acknowledging that the perpetrators of this crime are black, too. So it is better to look away entirely.

The 2015 and 2016 crime increases were the result of what I have called the Ferguson Effect—the combined phenomenon of depolicing and the resulting emboldening of criminals.

At the end of 2014, the Black Lives Matter narrative about lethally racist cops kicked into high gear. Told relentlessly by the media and by politicians that proactive policing was oppressive and bigoted, cops started doing less of it in minority neighborhoods.

Gopnik and other liberal commentators cannot acknowledge the resulting crime rise because it would mean acknowledging the consequences of depolicing for black lives.

To be sure, crime remains far below its early 1990s levels. A two-year crime increase would have to be cataclysmic to wipe out 20 years of steady decline. But if black lives matter, a 20-percent homicide increase is indisputably a cause for concern, and Trump was right to call attention to it.


Gopnik' s portrayal of the policing revolution responsible for the 20-year crime drop is profoundly ignorant. The idea, he says, was that "if enough policemen frisked enough young minority kids, they would find enough weed and weaponry to send them away." This is ludicrous. No one was or is being sent to prison for possessing a joint; the small percentage of prisoners sentenced for drug possession (four percent in state prisons, one percent in federal prison) overwhelmingly have bargained down their charge from trafficking. Prison remains a lifetime-achievement award for persistence in criminal offending; to end up in state or federal prison, you either have a long criminal record or have committed a serious crime.

More important, the policing revolution that began in 1994 in New York City and spread nationwide was about the rigorous analysis and deployment of crime data to spot emerging crime patterns. It was about holding commanders ruthlessly accountable for the safety of the residents in their jurisdiction. These twin developments of analysis and accountability that came to be known as Compstat constitute the most important government innovation of the last quarter-century.

The Compstat revolution got the right people off the streets. And that is what the law-abiding residents of high-crime areas wanted. Gopnik is right that informal social controls have now reasserted themselves in New York's gentrifying neighborhoods, allowing the police to decrease their activity without untoward consequences. Regular people feel safe enough to go to restaurants or to a show late at night, to walk to their cars in the dark, or to ride the subway. The presence of peaceful pedestrians in high numbers acts as a deterrent to crime, just as a police officer's command presence deters crime. But New Yorkers only ride the subway at 3 a.m. now because the transit authority eliminated subway graffiti in the 1980s and the police cracked down on fare-beaters, chain-snatchers, and other subterranean criminals in the 1990s. These two initiatives dispelled the experience of the subways as places of endemic disorder and lawlessness. (Manhattan's Black Lives Matter-inspired district attorney, Cyrus Vance, now threatens that conquest of subway anarchy by refusing to prosecute turnstile-jumpers.)

The virtuous cycle that Gopnik rightly lauds would not have happened without proactive policing and the more certain sentencing that kept repeat offenders off the streets. Neither policing nor incarceration is an end in itself. Each is a second-best solution to maintaining public order when family and respect for the law have broken down. For now, however, the many cities that continue to experience post-Ferguson crime increases still depend on the police to intervene in disorder—and on prosecutors to lock criminals away.