We should care about what happened to Carter Page 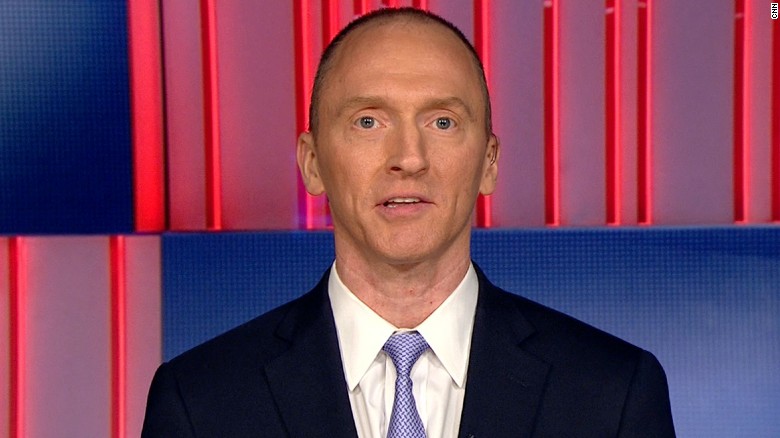 A lot of Americans watching the volleys of memos and the Trump-Russia probe must be asking: Who the heck is Carter Page?

You see the former Trump campaign foreign policy adviser in news footage --- smiling when he shouldn't. His name appears in the infamous dossier compiled by former British spy Christopher Steele on behalf of the Democratic Party and the Hillary Clinton campaign. A secret warrant to surveil Page, based in part on that dossier, is the subject of the Republican House Intelligence Committee memo declassified last week.

News profiles of Page portray him as an incautious mediocrity, choosing to appear before Congressional investigative committees without a lawyer. As the New York Times Magazine reported in December, he runs a small investment firm based in a temporary windowless office shared with the National Shingles Foundation.

The current debate over Page is whether the FBI overreached by seeking a warrant to spy on him from the secret Foreign Intelligence Surveillance Court at the end of 2016. Republicans claim the FBI improperly relied on the opposition research dossier. Democrats say the Republican memo omits information that would discredit the GOP's case.

But that misses a broader and more important point. It's a scandal that the public has known for more than a year that the FBI suspected Page of being a foreign agent in the first place. He has yet to be charged with a crime, but his reputation is in tatters because an element of the bureau's investigation into Russia's influence over the 2016 election has been publicly reported.

This started when Yahoo's Michael Isikoff broke the first big story on Page's meetings in Moscow with Putin aides in September 2016, allegedly to discuss the lifting of U.S. sanctions on Russia. Isikoff was tipped off by Steele, who was commissioned through an opposition research firm, Fusion GPS, to dig up dirt on Trump's ties to Russia on behalf of the Clinton campaign.

In a podcast this week, Isikoff confirmed that Steele told him he had "taken this information to the FBI and the bureau is very interested."

Last April The Washington Post reported, based on information from "law enforcement and other U.S. officials," that the FBI had obtained a Foreign Intelligence Surveillance Act, or FISA, warrant on Page in the summer of 2016. As The Post reported at the time, the existence of the warrant was "the clearest evidence so far that the FBI had reason to believe during the 2016 presidential campaign that a Trump campaign adviser was in touch with Russian agents."

That was an important piece of news that any journalist would publish. But the officials who leaked and confirmed it violated the public's trust in two important ways.

To start, this disclosure politicized the ongoing investigation into Russian influence of the 2016 election. In a hearing on the Trump campaign's contacts with the Kremlin, nine days after the Post's story appeared, the ranking Democrat on the House Intelligence Committee made Page's trip to Moscow and other alleged contacts with Russian officials a key part of his opening remarks.

Second, the disclosure of the warrant placed a cloud of suspicion over a U.S. citizen without due process. The standard for obtaining a FISA surveillance warrant is much lower than, for instance, charging an American citizen as a foreign agent. There is good reason for this. Counter-intelligence investigations are usually aimed at secretly monitoring the activities of foreign spies, not building public cases against U.S. citizens. When the details of such probes are selectively disclosed, the reputational damage is immense. Unlike someone facing charges, the subject can't even really mount a defense.

In an interview Thursday, Page told me, "It's been the most challenging things that I've ever dealt with in my life." And one can see why.

Since Yahoo's first big story on his meetings in Moscow, Page has publicly proclaimed his innocence. No charges have been brought against him. And yet the fact that the FBI has taken an interest in him has made it nearly impossible for him to clear his name.

Now it should be said here that there is a lot of smoke surrounding Page. In May, Buzzfeed first reported that the FBI became interested in Page in 2013, after a Russian spy posing as a U.N. diplomat approached him in New York at an energy conference. That nugget was included in public court filings that shared monitored conversations between two Russian agents discussing an American whose name was redacted. Buzzfeed was able to report out that the U.S. citizen was Page. Nonetheless, the court documents never say that Page was successfully recruited.

And this brings us back to why the FBI's use of Steele as a source was a problem --- a problem the bureau should have seen coming.

Steele compiled his dossier as a piece of opposition research. His research was designed to dirty up the Trump campaign. This does not mean it was wrong. Opposition research is supposed to be effective because it's based in fact.

It did, however, mean that Steele's tips for the FBI's investigation would also be shared with journalists. In this case, leads in a sensitive, and by necessity secret, counter-intelligence investigation were also feeding press coverage of Trump at the end of the campaign and during the presidential transition. What's more, law enforcement officials were also anonymously confirming elements of their ongoing investigation to reporters.

The Clinton campaign was within its rights to share its opposition research with reporters. It happens all the time. As the Washington Post reported this week, when its reporters were briefed in the fall of 2016 on Steele's research, they could not confirm it. Steele's allegations became a media feeding frenzy only after reporters learned that the U.S. intelligence community itself had taken an interest in the dossier.

None of this discredits the investigation of the special counsel Robert Mueller into Russia's influence of the 2016 election. Nor does this justify the president's own attacks on the FBI. But it's a reminder that there are many guilty hands and victims in the politicization of the Trump-Russia probe. One of those victims is named Carter Page.