Reporting on tragedy: To explain or exploit? 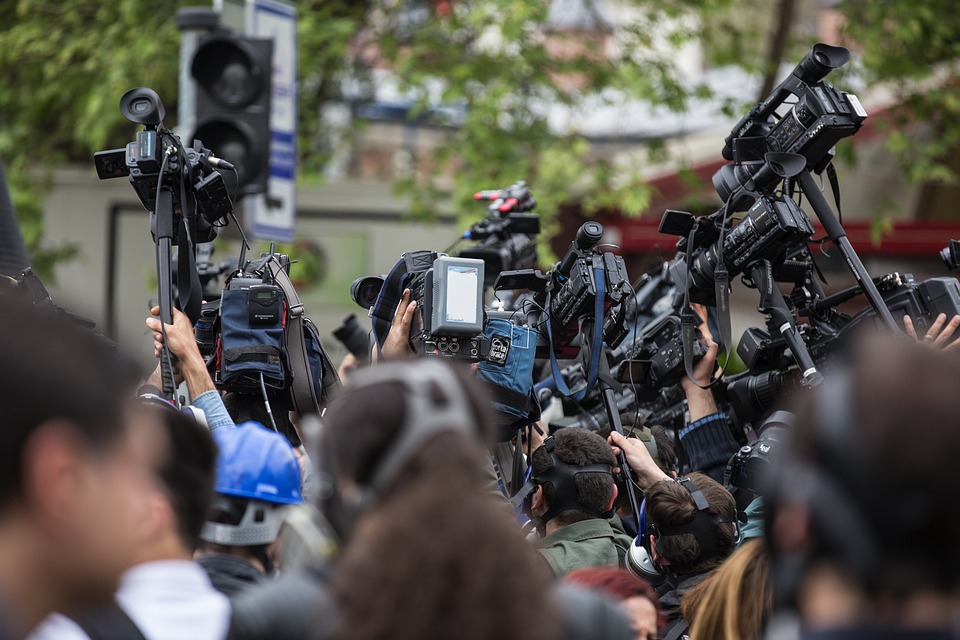 The morning after the school massacre in Parkland, Florida, NBC's "Today Show" aired a dramatic live interview Thursday. The guest was Samantha Grady, a student at Marjory Stoneman Douglas High School who had witnessed the shooting of her best friend and classmate.

"Do you know how [your friend] is doing?" asked co-host Savannah Guthrie.

"Yeah, unfortunately, she didn't make it," replied Grady, breaking down.

There was a long pause. "We're so sorry about that, Samantha, so sorry," said Hoda Kotb, the other co-host, as the young woman wiped her tears on her sleeve and struggled to regain her composure.

The reaction to the interview on social media was immediate and almost entirely negative. Commenters took NBC to task for putting a vulnerable teenager, perhaps still in shock, on national TV without apparently knowing the extent of her trauma.

The episode raises - or, really, raises anew - one of the central ethical questions in reporting on mass tragedies: Where's the line between informing the public and mining the horror for ratings and clicks?

NBC News, which tweeted a clip of the "Today" interview, offered no apologies on Thursday. "Sadly, the witnesses in horrific school shootings are mostly students, which is why we - and every other news organization - interview them as we report on these tragedies," a network spokeswoman said via an emailed statement.

News organizations constantly wrestle with how much to tell the public about a grisly event. Should they show the mangled bodies of the victims of terrorism or war, on the rationale that doing so fully informs the public about the true nature of the event? Should they air images of mass shooters going about their ghastly actions - a dilemma posed by the 1999 atrocity at Columbine High, where the gunmen were captured on security cameras, and raised again at Parkland, when cellphone videos emerged of children diving for cover amid the sound of gunshots?

Newspapers and TV stations regularly interview the friends and relatives of murder victims. Doing so serves not only to inform the public but pays homage by presenting a full, human portrait of the deceased. It can also spark public interest in the case, perhaps generating tips helpful to law enforcement. For these reasons, survivors typically appreciate the opportunity to speak to the news media amid personal tragedy.

In the aftermath of the Parkland shootings, many news organizations, including The Washington Post, interviewed the school's teenage survivors - for the simple reason that they were the ones who knew the most about what had transpired.

But interviewing such eyewitnesses raises a secondary issue: Can a teenager, especially one who has so recently experienced trauma, really give informed consent to be interviewed?

Under certain circumstances, yes, said Bruce Shapiro, executive director of the Dart Center for Journalism and Trauma, a Columbia Journalism School project that focuses on disaster and violence reporting. "As journalists, we have conflicting ethical obligations here," he said. "A core obligation is to tell the story as thoroughly and accurately as possible, and that may mean talking to witnesses."

But he adds: "I think reporters need to recognize that ideally, this should be a family decision. If a teenager is going to be subjected to the stress of an interview, you want to know that the family supports her in that choice."

NBC said it sought the permission of Samantha Grady's parents to conduct its interview with her, although that wasn't entirely made clear to viewers during the interview.

CNN, on the other hand, made its ground rules explicit. Before interviewing Parkland student Kelsey Friend, anchor Anderson Cooper began by saying, "I want to ask you some questions and I know your mom has given permission and stuff, but if there's anything you don't want to talk about, that's completely fine. You don't have to."

His colleague Brooke Baldwin later interviewed another young survivor, Addison Jost, by telling viewers, "Your parents said it was A-okay" for Jost to come on camera.

News organizations typically have unspoken rules about how to approach such situations. Washington Post Managing Editor Cameron Barr said the newspaper doesn't have a specific policy or guideline that addresses interviewing minors in the aftermath of a traumatic event. "We do expect Post journalists to use the utmost compassion and sensitivity in interviewing children in such circumstances," he said.

The Society of Professional Journalists' code of ethics gives only vague guidance: "Balance the public's need for information against potential harm or discomfort. Pursuit of the news is not a license for arrogance or undue intrusiveness."

Of course, that leaves a lot of gray area. A lot depends on a reporter's or news organization's definition of "arrogance" or "undue intrusiveness."

In hindsight, Shapiro of the Dart Center said he was "shocked" by NBC's decision to promote its interview with Samantha Grady via Twitter.

"Whatever the mistakes of the interview itself, that tweet is clearly exploitative of a teenager's grief," he said. "If the segment is 'absolutely heartbreaking' [as NBC's tweet describes it] it is because Kotb and Guthrie were ignorant of her loss. NBC should be apologizing for its mistake, not selling that girl's tears like reality TV."
Previously:
• 01/04/18: The provocative, plugged-in author of new Trump book has previously been accused of playing fast and loose with facts
• 12/05/17: Blunderer Brian (Ross') staggering screw-ups
• 11/27/17: New news? Not on 'Morning Joe.' Hosts pass off a taped show as the live version
• 01/06/17: Why losing Megyn Kelly probably won't even dent Fox News' armor
• 05/09/16: Obama official 'fesses up: 'Narrative' created by administration sold Iran nuclear deal to clueless press
• 03/16/16: Despite the beatdown, reporters love the Trump beat
• 03/10/16: What really gets under Trump's skin?
• 03/04/16: Megyn Kelly leaves Trump sputtering to defend himself at debate
• 02/29/16: Think Trump's wrong? Fact checkers can tell you how often (hint: a lot)