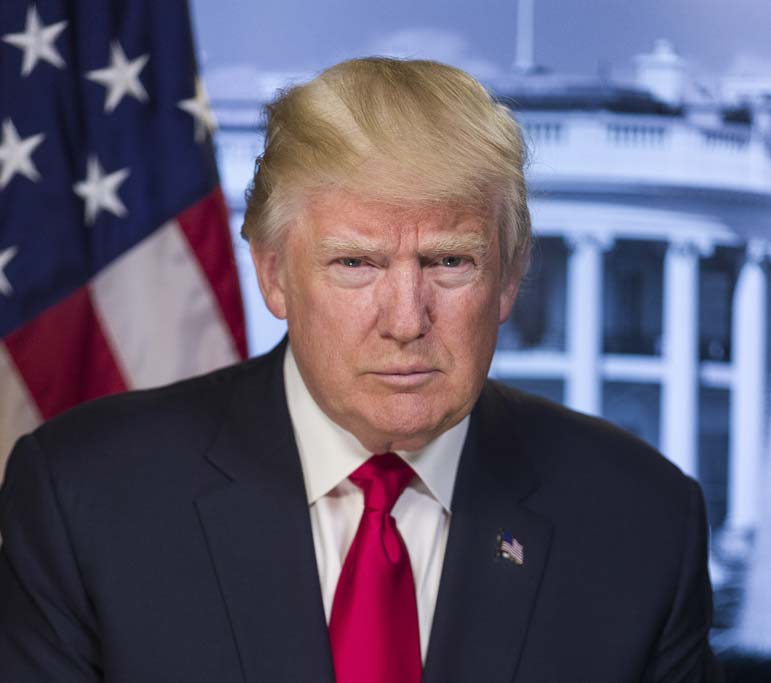 This was the week when the Republican Party finally went all in with President Donald Trump. What once seemed unlikely is now reality.

This coming together has taken place gradually. The path has been rocky at times. But the embrace of the president by elected Republicans could not have been warmer or fuller than shown in the past week.

There was the enthusiasm Republicans in the House chamber displayed when Trump delivered his State of the Union address Tuesday. There was the all-in-the-family chitchat when a conversational and relaxed Trump spoke at the Republican retreat in West Virginia on Thursday.

Then on Friday came the memo prepared for Rep. Devin Nunes, R-Calif., and Republicans on the House Intelligence Committee alleging misconduct by the FBI with regard to the Russia investigation. It was released with the full blessing of the president (over objections by FBI officials) and of House Speaker Paul Ryan, R-Wis., who claimed, despite the thrust of the memo, that it was not "an indictment of our institutions, of our justice system."

Dating back to the 2016 campaign, Trump presided over a divided, even hostile, Republican establishment. Ryan's awkward relationship with Trump during the presidential campaign came to symbolize the plight of a party captured in a hostile takeover by a candidate operating outside the boundaries.

For those in the leadership, there seemed to be no good place to land. During the campaign, Ryan tried various approaches depending on the events and Trump's behavior, eventually declaring after the "Access Hollywood" tape that he would not worry about campaigning for Trump for the duration of the campaign. Nothing quite worked for him.

Senate Majority Leader Mitch McConnell, R-Ky., adopted a more sphinxlike attitude when Trump's behavior caused embarrassment or worse, saying as little as possible and trying to stay out of the bright lights. That too came at a price.

Republicans celebrated when Trump was elected, hoping he would allow them to set the agenda, though many had obvious reservations about the new president. Then came the inaugural address. With the collective political establishment of both parties behind him on the West Front of the Capitol, Trump lit into those in power for having enriched themselves at the expense of ordinary Americans. He sounded nothing like the leader of the Republican Party at that moment.

In succeeding months, the president never hesitated to express his displeasure or disappointment with GOP leaders on Capitol Hill. Yes, there were moments when they all put on brave faces and tried to show the world that they were all friends. But the party's failure to find consensus on an alternative to the Affordable Care Act brought one rebuke after another from the president, especially aimed at McConnell and his Senate. Showing his displeasure, Trump reached briefly to Democratic leaders.

The turnaround in the relationship came from two directions.

The first was pressure from the outside. Party leaders began to recognize that rank-and-file Republicans wanted the GOP to be the party of Trump rather than for leaders to keep their distance from the president.

This sentiment appeared to go beyond Trump's hardcore base. Big majorities of Republicans said they approved of the job Trump was doing, and his personal ratings were far better than those of Ryan, McConnell or any other prominent Republican leader.

Republican leaders could see that opposition to Trump came at a price with their constituencies. GOP candidates saw the same thing. Candidates who did not fully embrace the president risked backlash from Republican voters, though a full embrace brought risks to attracting support from other voters.

The other major turning point came from the inside, with the passage of the tax cut bill in late December. Finally, the president had a big legislative achievement, thanks to congressional Republicans. The victory party Trump staged at the White House became an extravagant love fest. The president heaped praise on all the members of Congress who had engineered the bill's passage. In turn, they lavishly praised the beaming president.

Senate Finance Committee Chairman Orrin Hatch, R-Utah, delivered the ultimate in compliments: "We are going to make this the greatest presidency we have seen, not only in generations, but maybe ever." Even Trump, who revels in being the center of attention, seemed startled by Hatch's exultation. "Boy, that was good!" he said. "Paul Ryan just said, 'How good was that?' "

Until this week, the steady march toward mutual embrace between the president and the party establishment mostly had to do with GOP lawmakers being happy to have a president championing a conventionally conservative agenda, from tax cuts to regulatory rollbacks to the nomination of conservative judges. This is the heart of the bargain Republicans made with Trump. But it is not a benign bargain.

The Nunes memo moves the relationship to a different place. Its release puts much of the Republican leadership fully behind the president in his efforts to discredit the Russia investigation led by special counsel Robert Mueller and possibly remove more officials at the top of the FBI.

The president has tried for months to discredit Mueller's work. If he was looking for allies to cast the Mueller investigation as partisan and therefore illegitimate, he could not have found a more willing partner than Nunes.

The key charge in the memo is that Justice Department officials seeking approval for surveillance of a former Trump campaign aide had failed to tell the relevant court that the infamous dossier preparer had been funded by the Democratic National Committee and Hillary Clinton's campaign, though officials did note it came from a politically biased source.

Trump tweeted Saturday morning that the memo "totally vindicates 'Trump' in probe." Again he called the investigation a witch hunt, adding, "This is an American disgrace!"

The fact that the memo's release came with the imprimatur of the House speaker and many other leading Republicans only adds weight to what has become a Trump-led effort to muddy the eventual conclusions of the investigation. With public opinion among Republicans likely to follow, Mueller's goal to deliver a report that will be seen as legitimate has become materially more difficult.

There were protests from some in the party on Friday. Sen. John McCain, R-Ariz., issued a statement saying that attacks on the FBI and the Justice Department serve no interests other than those of Russian President Vladimir Putin. The Mueller investigation, he said, must be allowed to proceed without interference.

"Our nation's elected officials, including the president, must stop looking at this investigation through the warped lens of politics and manufacturing partisan sideshows," McCain said. "If we continue to undermine our own rule of law, we are doing Putin's job for him."

Still, GOP dissenters remain among a distinct minority, largely the handful of Republican elected officials who long ago broke from the president, along with the "Never Trump" cadre loyal to the old GOP but estranged from the party of Trump. For the Republican Party, this has been an extraordinary transformation in a remarkably short time.