How a prehistoric fruit wound up at your Super Bowl party 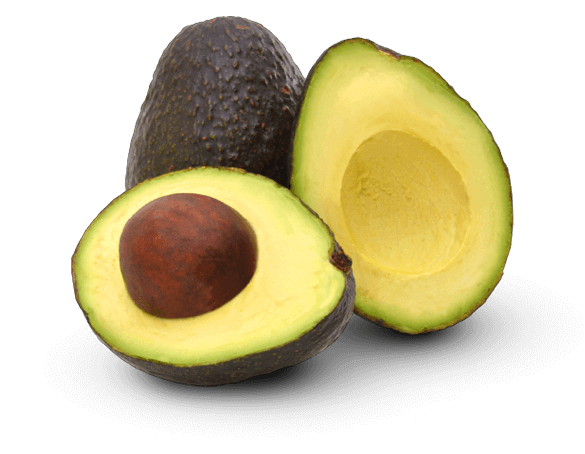 The Super Bowl isn't just a battle of the best football teams. It's a botanical milestone as well - the day the United States hits peak avocado. Every year for the big game, ravenous fans turn more than 65 million avocados into guacamole, which is remarkable for a prehistoric fruit that might have gone extinct thousands of years ago.

Avocados grew naturally, like all fruits, but endured where others failed by making themselves attractive to large creatures called gomphotheres, which looked like an elephant mixed with a walrus. A fruit ensures its survival by spreading its seeds. Gomphotheres could easily pass the avocados' large seeds through their spacious digestive tracts, distributing them across the landscape.

Eleven thousand years later, the Aztecs invented guacamole. "Avocado" comes from the Aztec word "ahuacatl," a derivative of the word for testicle, based on how the fruit grows droopy and in pairs. The Aztecs also called it the "fertility fruit," based on their belief that it boosted virility (a finding that modern science hasn't quite backed up).

An American "food spy" named David Fairchild, on assignment for the U.S. Department of Agriculture, picked up the fruit in Chile in the 1890s with the intention of introducing it to U.S. farmers and American palates. But today, Mexico is the world's leading supplier of avocados. When California growing season ends each September, Mexican farmers kick their production into high gear, particularly in the state of Michoacan, where avocados are so lucrative that some fields are protected by armed guards.

As with kale or quinoa, one way to explain the avocado renaissance is marketing. Why else would an ancient fruit rather suddenly boom in popularity in - of all places - Brooklyn, where an "avocado bar" called the Avocaderia fills its Instagram feed with portraits of naked avocados in artful compositions?

Avocado production consumption took off beginning in the 1990s, which coincides with the first big marketing campaigns. The media-savvy Hass Avocado Board promotes the fruit as though it were a rock star, publicizing its many health benefits related to immunity, weight loss and cardiovascular disease. The Hass board shared some of its marketing secrets in a 2015 report, and among them was this unsubtle tip: "Large, illustrated ads create excitement." That helps explain how avocados ended up with the largest illustrated promotion on the planet, a Super Bowl ad, paid for by industry group Avocados from Mexico, along with a mobile game that transports users to sunny "Avocadoland" and "Guacapulco."

Chefs are also responsible for innovations that fuel popularity. Avocados are ancient, but the first time The Washington Post mentioned an "avocado smoothie" was in 2000 (in an article about Eden Center, the Vietnamese shopping center in northern Virginia). "Avocado toast" didn't come up until 2013. The green flesh is now mushed, salted and mounted on bread at coffee shops across America, and mocked as the bane of millennial savings accounts.

Demand for avocados shows no sign of declining, and not only in the United States. The Netherlands' consumption of avocados isn't far behind America's, and China's growing appetite has surged 250 percent each year since 2012. Last spring, a three-week avocado promotion at China's 5,000 KFC restaurants had to end early when the country ran out.

Can the avocado-producing countries sustain such worldwide zest? So far, yes. But growing exports are pushing Mexican farmers nearly to their limit of land, water and fertilizer. An almost endless number of global customers also pushes the price up, up and up. Last year, the cost in the United States of a single avocado more than doubled - and the fact that they remain hard to keep on store shelves indicates that the price may rise still.

But the future of agriculture is hard to predict by looking to the past. Keeping up with the market requires growing more but also growing more efficiently. Scientists are working on seeds that thrive with less water, in denser orchards and - the real holy grail - in cooler climates. Apeel Sciences, a company near Santa Barbara, California, is developing ways to make avocados (and other fruits) stay fresh longer, so they can be shipped farther distances, potentially opening up new growing regions, that, like Mexico, can lift their economies on the fruit no one can get enough of.

Which is to say, tomorrow's avocados won't be the same as today's, or probably even consumed in the same way (i.e. as Super Bowl party dip). Just ask David Fairchild, who couldn't have imagined when he introduced a box of "alligator pears" to the United States 120 years ago that a century in the future, people would be getting avocado tattoos and applying moisturizing avocado face masks. Or better yet, ask the Aztecs, whose avocado sauce never seems to get credit for being the first #AvocadoInnovation.