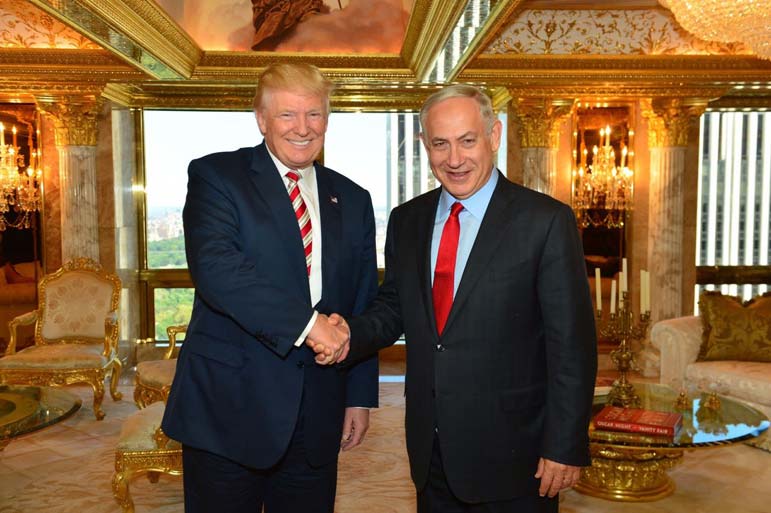 While much of the news -- real or fake -- out of Washington in recent days has focused on domestic issues, President Donald Trump has been methodically touching base with a long stream of foreign leaders, both by phone and in person.

It's not unlike the approach of President George H.W. Bush, a one-time diplomat who constantly cultivated such personal relations, which enabled him ultimately to construct the broad international coalition that liberated Kuwait 26 years ago this week.

Trump has also dispatched the secretaries of Defense and State around the world, establishing personal connections with their counterparts. And this past weekend he sent Vice President Mike Pence to Europe for more talks.

Though overshadowed by media fixation on his loud news conference talk, Trump's brand of personal diplomacy may, in fact, be one of the quiet successes of this young administration. He's already met with the king of Jordan and the prime ministers of Britain, Japan, Canada and Israel.

The day with Israel's Benjamin Netanyahu was the most revealing of Trump's extroverted style, one which he's employed constantly throughout his successful real estate deal-making career.

The Trumps personally greeted the Netanyahus at the White House door. While the wives visited and toured separately, Trump met privately with the Israeli leader, then publicly for photos in the Oval Office, always coveted coverage for any visitor back home. In fact, Obama denied such PR opportunities to certain foreign leaders.

Israel and the United States both need each other and Trump wouldn't mind peeling off some of the Democrats' Jewish support, as he did with blue-collar workers in November.

The Obama years were frosty ones for Netanyahu, who was cut out of the Iran nuclear deal, among other slights. Obama operatives actively worked against the prime minister's Likud party in the last Israeli elections, and the Chicagoan was caught on a live microphone complaining about often having to talk with Netanyahu.

During the lengthy Iran negotiations, in which Iran achieved pretty much everything it wanted, I asked a close Netanyahu aide in Tel Aviv if Israel's deep concerns were taken seriously by the Obama team. He paused, then shrugged sadly, not wanting to provide a quote. In the end, they weren't, and Netanyahu defiantly spoke to Congress in opposition. Obama withheld a White House visit in retaliation.

Although many think of Trump as a political rookie, he has long relations with many foreign leaders. He and Netanyahu became good friends in the mid-1980s when the future prime minister was ambassador to the United Nations.

Trump has lambasted the Iran deal as one of the worst in history and twice warned the mullahs against tests of ballistic missiles capable of reaching Israel.

In the White House, Trump and Netanyahu shared a meal and an almost-jolly news conference, where the American delivered a cleverly concealed political gift to Netanyahu.

The issue of Israeli settlements in the occupied West Bank has been a thorny one. President George W. Bush wanted new housing contained within existing properties. Obama wanted all new building stopped as a gift to the Palestinians. Trump hasn't been firm either way.

Netanyahu's fragile political coalition relies on militant ultra-right parties, who want more. Here was Trump's seemingly unsolicited gift of political cover, turning toward the Israeli at the 10:12 mark of their joint news conference:

"As far as settlements, I'd like to see you hold back on settlements for a little bit. We'll work something out."

Back home now, Netanyahu can say, "Hey, our best friend would like us to wait."

"Bibi and I have known each other a long time," Trump added. "A smart man, great negotiator. And I think we're going to make a (peace) deal. It might be a bigger and better deal than people in this room even understand."