Fight over Supreme Court nominee could forever change the nature of ... the Senate 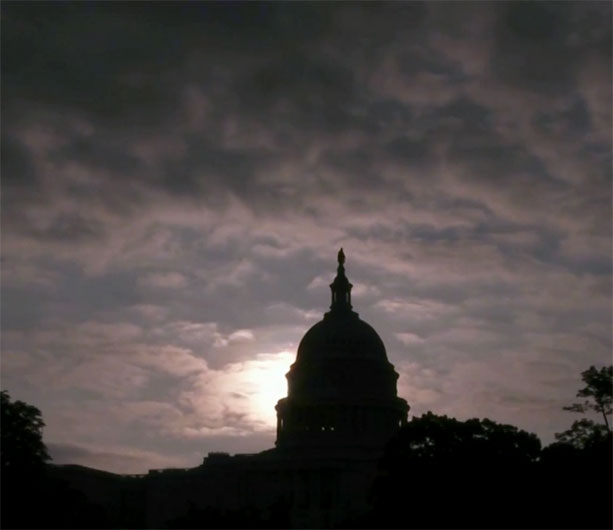 President Donald Trump's first Supreme Court nomination has the potential to do more than reshape the nation's judicial branch for years to come. It could end the Senate's long history as the world's greatest deliberative body.

Liberal and conservative activists are girding for a fight that, under current rules, gives Democrats the power to block any court nomination. But in this week's environment, with Democrats delaying Cabinet nominations and both sides calling each other names largely unheard of in the history of the Senate's genteel discourse, Republicans could take steps to eliminate that power.

If such a showdown occurs, it would be about more than ending Senate tradition of allowing an entrenched minority to stymie legislation and nominees through the filibuster.

It would be about forever changing the nature of the Senate, which the founders set up with the express goal to slow down and cool off the hasty and heated impulses more common in the House.

Trump made his pick public Tuesday night, announcing he'd chosen federal appeals court judge Neil Gorsuch. But long before then, some Democrats began signaling that they would attempt to filibuster the nominee, whoever it was. Looming large in their minds is the Republicans' strategy through much of 2016 to block President Barack Obama from filling the vacancy created after Justice Antonin Scalia's death.

Sen. Jeff Merkley, D-Ore., told reporters Monday it was "a stolen seat" because former President Obama's choice, Judge Merrick Garland, never even got a hearing. Senate Minority Leader Charles Schumer, D-N.Y., has even floated the idea of a permanent filibuster until the 2020 election.

Later that afternoon, conservatives fired warning shots at five Democrats facing re-election in 2018 from states that Trump won by large margins. "So this leads to an interesting conundrum for Senators like Joe Donnelly," the Senate Leadership Fund, a super PAC tied to Republican leaders, wrote about the Indiana Democrat. "Will he stand with the people of his state who overwhelmingly voted for Donald Trump to be able to pick a Supreme Court nominee?"

Trump has already suggested, in an interview with Fox News last week, that Republicans should blow up the filibuster with a rules change informally known as the "nuclear option" if Democrats successfully block his Supreme Court nominee .

At the center of this power play sits Senate Majority Leader Mitch McConnell, R-Ky., the self-styled institutionalist who became brutally effective at using the filibuster and all Senate procedures to impede Obama's agenda. In his own telling, other senators only began to "know who I was" after his 1994 filibuster killing a campaign finance bill.

"The experience was exhilarating," he wrote in his autobiography, "The Long Game," "and I was extremely proud to have used the rules of the Senate."

McConnell comes from a long line of filibuster supporters who believe that the maneuver, which requires 60 votes to overcome (Republicans hold just 52 seats), forces a deliberative process that usually requires the majority to find votes from the other side of the aisle and makes for more stable, lasting laws forged with bipartisan consent. The Civil Rights Act of 1964, for example, became a landmark law cherished by both parties when 27 Republicans joined 44 Democrats to thwart a filibuster by southern senators.

But Harry Reid, D-Nev., McConnell's predecessor as majority leader, accused McConnell of being a hypocrite who claimed to cherish the Senate's traditions and procedures but whose own actions as minority leader abused those rules to shut down agencies and commissions. By filibustering so many nominees, a few of these government bodies lacked a quorum and were unable to fully function.

After a string of such filibusters, Reid led a party-line effort in 2013 to change the Senate rules on some votes to require simple majorities rather than 60 votes. The change applied to presidential nominees - but not to the Supreme Court.

Senate procedures allow formal rule changes only with a two-thirds super majority, but Reid invoked a parliamentary trick to get around that rule.

Now, with Republicans controlling both chambers and Trump in the White House, McConnell is already facing pressure from conservatives to do the same thing - and wipe out the filibuster altogether. Some House Republicans brought up that possibility at the joint GOP retreat in Philadelphia last week.

The one common thread was that McConnell guaranteed the Scalia vacancy would be filled - and that the means of filling it depended on how Democrats acted. "How that occurs will depend largely on how the other side handles it," he told Morning Consult.

That's likely his way of saying that if Democrats intend to filibuster any nominee, regardless of qualifications, McConnell is willing to push his colleagues to change the rules.

At the moment, he may not have the votes to make the move, which would require 50 of his 52 Republicans to support a maneuver that they were so hostile to just three years ago when Reid executed it.

"I am not a proponent of changing the rules of the Senate. I hope that common sense will prevail and that we will have a normal process for considering this nominee," Sen. Susan Collins, R-Maine, told reporters Monday evening.

But there's very little that is normal about the process now. Thousands of liberal activists gathered outside the Supreme Court Monday night at a rally opposing Trump's executive order banning refugees from around the world and foreign nationals from seven majority-Muslim nations, urging Democratic lawmakers to fight him at every turn.

The pressure on Democrats to filibuster any nominee to the high court will be tremendous. Even though 10 Democrats are up for reelection next year in states that Trump won in 2016, those Democrats know they need their own energized base to support their campaigns.

Only one Democrat seems likely to support Trump's pick at this point, Sen. Joe Manchin, D-W.Va., a former governor who believes in strong executive authority and who comes from a state that Trump won by 42 percentage points.

Some are considering delaying the bigger fight until the retirement of Justice Anthony Kennedy - usually the court's most key swing vote - but the momentum among activists is toward constant confrontation against all Trump appointees.

Our Revolution, a PAC formed by supporters of Sen. Bernie Sanders, I-Vt., called on its supporters to demand Democrats force every hour of debate on every Cabinet nominee to slow up Trump's "reign of terror".

That type of tactics could easily force McConnell into a decision he has been able to avoid since winning the majority in the 2014 midterm elections.

"It was a huge, huge mistake in my view," he said then of the filibuster rules change. "It is hard to un-ring a bell. You know, they've now established a precedent. It's a big issue and a big discussion."