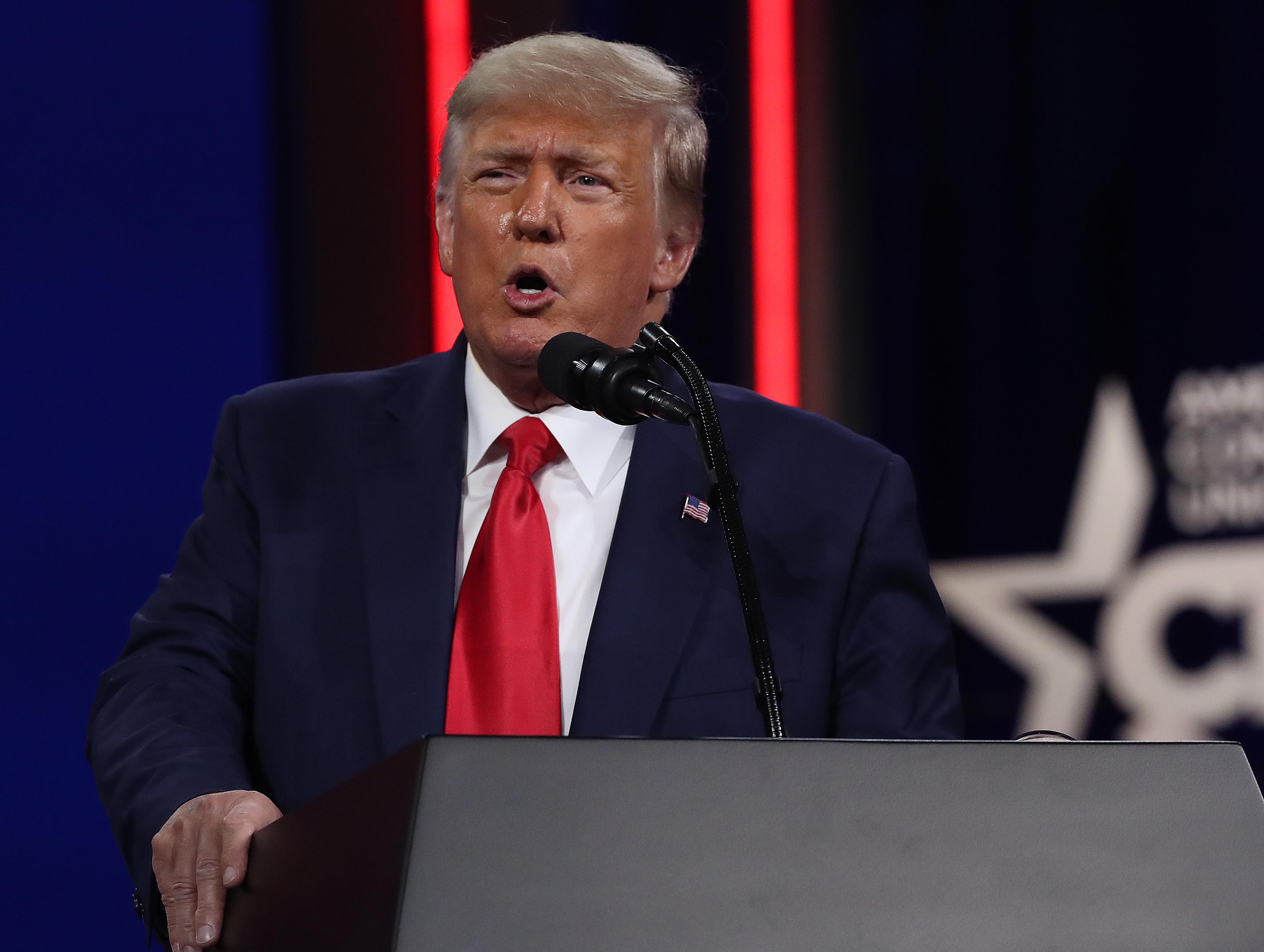 Ed Schultz speaking at the Conservative Political Action Conference would have been inconceivable a year ago. But Donald Trump is president now, and his brand of protectionism is having its moment.

On his MSNBC show in 2009, Schultz said that "there are parallels" between "some of the things Hitler was saying and some of the things that were at the CPAC convention." He added, "They are not Americans." In 2011, per CNN, Schultz called Trump a racist and said "nobody" wanted him to become president.

Schultz now hosts a nightly show on RT, which is a propaganda arm of Russia and funded by the Kremlin. At what for decades has been the signature cattle call on the right, he praised Trump as someone who "is not bought and paid for by anyone." Then he expounded on what he sees as the horrors of the Trans-Pacific Partnership and NAFTA.

Alluding to the intelligence community's determination that his patrons in Moscow interfered with the presidential election in an effort to boost Trump, Schultz said during an afternoon panel: "Full disclosure: The Russians did not tell Hillary Clinton not to go to Wisconsin. They didn't tell her not to go to Michigan either."

No one booed. Instead, heads nodded. The times, they are a changin'.

The Trumpists are triumphant at a conference where not long ago they were viewed as figures of the fringe. Stephen Bannon, as head of Breitbart News, hosted forums outside CPAC in 2013 and 2014 called "The Uninvited." Intended as counter-programming, he brought in guests with very controversial views about Islam and immigration that could never get speaking slots at the main conference.

Now the White House chief strategist, and intellectual force behind Trump's agenda, Bannon got a rock star's reception when he arrived Thursday. "I think one of the most pivotal moments in modern American history was his immediate withdrawal from TPP," Bannon said, referring to the president. "It got us out of a trade deal and let our sovereignty come back to ourselves!"

Bannon threw around terms like "globalist" and "corporatist" as he touted Trump's "economic nationalist agenda." Rolling back trade deals, he explained, is part of a broader push toward "the deconstruction of the administrative state."

Reince Priebus, who viewed Trump anxiously when he announced his candidacy two years ago but is now White House chief of staff, told the crowd that The Donald will be "one of the greatest presidents that ever served this country." Channeling his boss, he said the president has already "put in the best cabinet in the history of cabinets." Then he led the crowd in chants of "Trump, Trump, Trump."

They are all Trumpists now. . .

• Forty years ago this month, speaking at the same conference, Ronald Reagan offered a searing critique of Marxist-Leninism that could be read today as an indictment of Trumpism. "All the facts of the real world have to be fitted to the Procrustean bed of Marx and Lenin," he explained. "If the facts don't happen to fit the ideology, the facts are chopped off and discarded. I consider this to be the complete opposite to principled conservatism. When a conservative states that the free market is the best mechanism ever devised by the mind of man to meet material needs, he is merely stating what a careful examination of the real world has told him is the truth. When a conservative says that totalitarian communism is an absolute enemy of human freedom, he is not theorizing. He is reporting the ugly reality captured so unforgettably in the writings of Alexander Solzhenitsyn."

Reagan's 1977 CPAC speech remains one of the most important political addresses he ever delivered. Fresh off his loss to Gerald Ford in the Republican primaries, and Jimmy Carter's victory in the general, the former California governor went on to presciently outline a vision for "A New Republican Party" that would unite fiscal, social and national security conservatives in common cause. His clarion call helped win him his party's nomination in 1980, ushered in the first political realignment since Franklin Roosevelt and allowed the GOP to win five of the next seven presidential elections.

• Alas, the Reagan Era is over. And if you needed another data point that the Party of Reagan has been hijacked, this week's "conservative" confab offers many. Reagan embraced freedom in all of its forms - from the aspirations of Eastern Europeans looking to throw off the yoke of their Russian overlords to open markets and, to a lesser degree, open borders.

It's always fraught to speculate on what a historical figure, who died 13 years ago, would say about current events. But based on a decade of closely studying the 40th president, including countless hours reviewing his archives, it seems safe to stipulate the following: Reagan would frown upon the dark portrait that Trump paints of his shining city upon a hill. He would be disturbed by his protectionist and isolationist rhetoric. And he would be aghast at the 45th president repeatedly drawing false moral equivalency between the United States and Russia.

But it's much more than that: The Reagan Revolution was always more about ideas than a cult of personality built around a single man.

• Kellyanne Conway, counselor to the president, said during her appearance at CPAC Thursday that by the time Trump addresses the group, the conference will be known as "TPAC." As in the Trump Political Action Conference.

Conway's line "spoke volumes about the way that the Republican Party has been altered by the rise of Trump, and it sparked alarm even among attendees at the conference," Yahoo's Jon Ward reports. Two quotes from his piece:

"I think that's dangerous," said Sarah Markley, a student at Grove City College near Pittsburgh. "I think that we should first stick to our principles and look for somebody who embodies those."

Conservative radio talk show host Mark Levin also bristled: "It's conservative political action conference. That's what it is. It'll be that 10 years from now. When I worked for Reagan, we didn't call it RPAC. So I would remind them about that."

• 01/05/17: Even when Trump shows backbone, his haters refuse to give him any credit