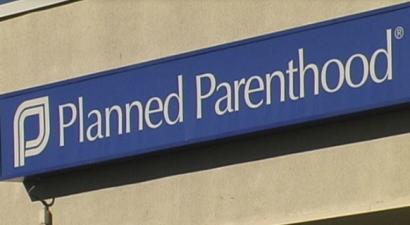 Every time you hear the network anchors and reporters act outraged about President Trump calling on "friendly" reporters and the fact that there's something desperately wrong about trying to avoid negative publicity and hostile questions, think of Planned Parenthood.

As with virtually anyone on the left, journalists treat Planned Parenthood as the most sacred of cows. In the last few weeks, from the women's marches through the March for Life and other protests of Planned Parenthood, none of the networks will investigate or even cover the activities of these merchants of death.

They will say that those who are anti-abortion want to defund Planned Parenthood. But they routinely repeat the liberal argument that federal funds don't pay for abortions (never mind the taxpayer-funded abortions under Obamacare). They don't point out the fact that Planned Parenthood is hard-wired into the Democratic Party coalition, and that it reportedly spent about $14 million in PAC money for Democrats in the last cycle.

That gap illustrates that Planned Parenthood (through a very cooperative media) effectively brands itself as a generic women's health care provider, not as the McDonald's of abortion. Take its claim that abortion services only account for 3 percent of its procedures. Even liberal fact-checkers like Glenn Kessler of the Washington Post slammed that as misleading. He said: "The organization treats each service — pregnancy test, STD test, abortion, birth control — equally. Yet there are obvious differences between a surgical (or even medical) abortion, and offering a urine (or even blood) pregnancy test. These services are not all comparable in how much they cost or how extensive the service or procedure is."

The networks also give us celebrities reading the sales pamphlet. Actress Scarlett Johansson was quoted by CBS as saying, "For millions of Americans, Planned Parenthood is often the only trustworthy and affordable clinic." Baloney. She might be excused as a fool, but CBS knows better.

These networks are deliberately ignoring what the anti-abortion group Live Action keeps proving: Planned Parenthood is not a hospital. Most of its centers don't offer prenatal care. You don't go there for a mammogram. It is a "sexual health" clinic. Women go there for contraceptives, pregnancy tests and STD tests, and to kill their babies.

On Jan. 24, Live Action posted a video documenting how it contacted 97 Planned Parenthood clinics across 41 of the organization's affiliates where undercover recording is legal under state law, and only five said they offered any form of prenatal care. They don't insure a healthy pregnancy. They terminate pregnancies. And the network coverage? Nonexistent.

In a video posted on Feb. 6, Sue Thayer, a former director of two Planned Parenthood clinics in Iowa, said she encouraged an abortion quota that, if met, would result in staff pizza parties. And the network coverage? Nonexistent.

These are just two of six videos that Live Action has posted in the last few weeks, and they've drawn more than 33 million views. The networks simply won't touch them. They are rigidly doctrinaire in maintaining their Happy News narrative. Nothing that anti-abortion people produce, no matter how solid the reporting, can break through. It's all somehow "alternative facts" and "fake news." And they wonder why the public doesn't trust them.