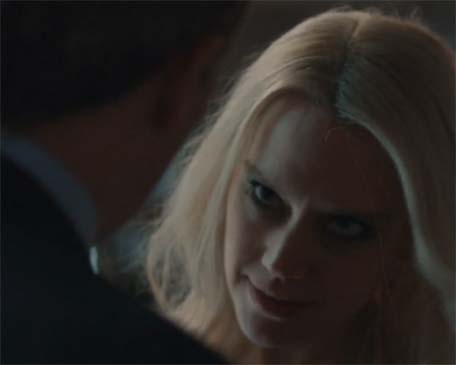 The New York Times was correct in 2011 when it proclaimed that "Saturday Night Live" has no equal "when it comes to stamping a politician in the public consciousness." Republican politicians like former Gov. Sarah Palin were described as incapable of escaping the "SNL" treatment, and voters actually thought Palin uttered Tina Fey's satirical line "I can see Russia from my house."

And yet, the NBC show couldn't seem to locate a comedic angle on President Barack Obama, as the Times noted after his third year in office. He came into the White House as his impersonator Fred Armisen lamely spoke over a cool jazz beat: "I take my kids to school,/ I don't lose my temper,/ It's my only rule/ I keep it cool."

Hilarious it was not. It reeked of adoration.

In 2012, "SNL" writer Jim Downey was still declaring Obama mockery impossible. He said: "Obama doesn't give you much to grab onto. He's like a smooth rock face of perfect obsidian with no ledges or toeholds, and your job is to scale 200 feet of it."

"SNL" boss Lorne Michaels routinely — and ridiculously — claims the show is nonpartisan. This came even after two cast members quite seriously sang the '60s ballad "To Sir, With Love" to a picture of Obama the night after Trump's inauguration. After finishing the song, they broke out a mug reading "World's Greatest President."

Two weeks later, "SNL" lurched in the opposite direction, this time with a dark and very unfunny portrayal of Trump senior adviser Kellyanne Conway as the psychopathic Glenn Close character in "Fatal Attraction." Her love interest in the skit is CNN's Jake Tapper. The fake Conway writhed and moaned in a sexual way about forcing Tapper to put her on television. He surrenders after she holds a knife to his throat, but then she accidentally falls out the window to her death, only to peel herself off the sidewalk and pull herself together like a horror movie monster as she says grotesquely: "I only have three lives left. See you on the news!"

Reaction wasn't positive. "Prediction: the White House will use that sexist skit to dismiss all criticisms of Conway and lying more broadly," tweeted liberal Daily Beast writer Olivia Nuzzi. She also said: "Casting Kellyanne Conway as Glenn Close was a miscalculation on SNL's part. Will be interpreted as unfair and mean to a wife and mother."

Other liberals agreed. NBC's own Andrea Mitchell said it was "Not Right." The New York Times found that the skit was unfocused with a "queasy edge of sexism."

On Monday morning, ABC brought on leftist Muslim comedian Dean Obeidallah to praise the skit as empowering for liberals. He said: "I think it was actually really well done, and I think in today's day and age, comedy is cathartic. We need to be laughing at the Trump administration. For those people who don't like the Trump administration, it's a release and makes you feel good. I think it's empowering."

ABC reporter Jonathan Karl disagreed. "I don't think it was funny. It seemed to be incredibly mean-spirited. This is somebody who has young children," he said. "What makes SNL so funny is when they cut a little bit towards the truth. That was just not an accurate portrayal of Conway. I mean, she is somebody who actually is pushed to do more television by the president. ... She has many more requests to go on television than those that she actually accepts. "

For months now, the media have thrown every kind of screwball at Conway, but she keeps hitting everything out of the park. They loathe her, and now they're trying to ruin her.

Alec Baldwin and "SNL" have been poking fun at Trump mercilessly for months. Hard-hitting? Of course. Funny? You better believe it. Trump's supporters — and President Trump himself — should laugh. But what is being done to Kellyanne Conway is no laughing matter. "SNL" needs to cut it out.