In the early weeks of the new administration, the humbling of a president 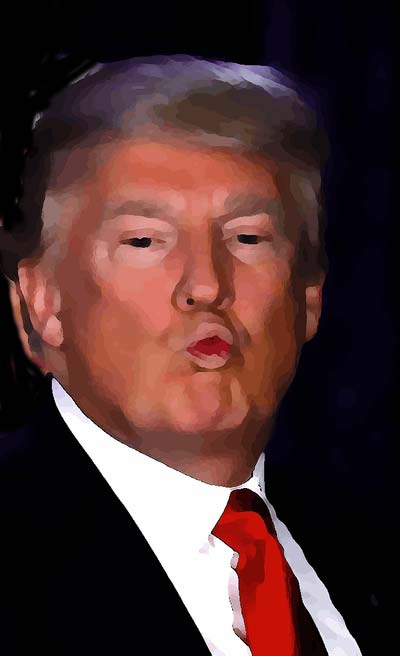 WASHINGTON ---- The presidential campaign was a heady experience for Donald Trump: months of triumph and, better yet, disproving all the so-called experts who said he never had a chance of winning. The early weeks of the new administration have been the opposite: the public humbling of a new president.

Trump's campaign was never entirely smooth, but instincts that served him so well then appear to be less helpful now that he is in office. As president, Trump's early moves - with some exceptions - have been marked by poor judgment, botched execution, hubris among some advisers, and a climate of fear and disorder all around.

The complexities of governing have quickly caught up with a politician determined to shake up Washington as quickly as possible. The president gets credit from many Americans for keeping his campaign promises, but government by chaos is not a known recipe for success. The result is an administration that begins its second month weakened and on the defensive. What Trump takes away from all this will determine the future of his tumultuous presidency.

The resignation of retired Lt. Gen. Michael Flynn as national security adviser is certainly the biggest embarrassment, probably setting some sort of record for an early exit by a top official in a new administration. Flynn was Trump's hand-picked choice, a fierce loyalist whose baggage nonetheless was there for all to see. Trump overlooked that and is now paying a price. Flynn's decision to lie to Vice President Mike Pence about the nature of his conversations with Russian Ambassador Sergey Kislyak ultimately led to his downfall, but there is more to know than that.

The resignation removed a controversial adviser from the White House but hardly resolves the larger issue of the Russia connection. Questions about Flynn's - and possibly other Trump team members' - communications with the Russians, during the campaign and transition, remain unanswered. The swift elevation of a new national security adviser won't make this go away. The Russia issue will continue to dog Trump's presidency until more answers are forthcoming.

The fact that the Justice Department warned the White House weeks ago that Flynn had left himself susceptible to blackmail by the Russians, as The Washington Post reported, makes it even more urgent for the president to explain what he and others knew and when, as well as what orders he might have conveyed to Flynn about signals he wanted sent before he took the oath of office.

For Trump, nothing has proved as easy as it might have looked on the campaign trail, despite the flurry of executive orders and actions that flowed from his desk in the first days after the inauguration. He has signaled a radically different direction for the country, but only that. Senior policy adviser Stephen Miller's claim that Trump has accomplished more in a few weeks than most presidents do in their entire administrations should be seen as the fanciful boast that it is. The record is only beginning to be written.

The powers of the president are vast, but they are not unlimited. Trump has come face to face with the checks and balances built into the Constitution and with the difficulty of commanding a huge bureaucracy of federal workers who value their role as public servants. He has seen anew the power of a free press to dig and report and hold those in power accountable. He has felt the power and sting of leaks from inside the government. There's nothing new about any of this. It has been true for past presidents. Trump is learning the lesson painfully.

Things inevitably move slowly and not always to a president's liking. Trump ordered a travel ban on refugees and on citizens from seven majority-Muslim nations, but it was hastily and poorly drafted, not subjected to the kind of thorough vetting such a measure requires, and its implementation was poorly done. Challenged in court, Trump could not force the judiciary to bow down and bless the order without independent review.

Trump can order the construction of a wall on the U.S.-Mexico border, but its completion is years away - and at a price to taxpayers that has caused some cost-conscious congressional Republicans to balk. Put aside how Trump will make good on his ultimate promise of getting the Mexican government to pay for it.

Trump promised as a candidate that he would repeal and replace the Affordable Care Act in his first days in office. His party has had years to come up with an alternative and still struggles to find substantive or political consensus. He promised the imminent release of a health-care plan, but that is yet to be seen. Republicans already can feel blowback from angry citizens worried about what a repeal would mean for them.

At times, Trump appears a different person in office than he was on the campaign trail. This is more than the issue of being "presidential." Spontaneity, one of the currencies that branded him as a candidate, has all but disappeared. He is scripted carefully and constantly, reading even mundane statements from prepared texts. He cannot be happy with what has happened around him, and it shows.

"Let Trump be Trump" was the cry during the campaign. Some transformation from the freewheeling style he exhibited as a candidate is required, but this president doesn't appear to have found his comfort zone in his new role. Nor is he communicating effectively with the public.

Trump hasn't established lines of authority, and so, amid the confusion and chaos, his advisers must try to work together while watching their backs. Meanwhile, Trump's executive branch remains hollowed out at the top. Many sub-Cabinet positions have not been filled. The confusion and distractions of the early weeks have slowed what in the best of presidencies is a laborious process of populating the executive branch.

The country is divided over Trump's presidency, but a majority of Americans say they consider him a strong and decisive leader. There are no signs in public opinion or anecdotally that his base is souring on his presidency, a valuable asset amid all the turbulence. Trump nation is standing behind him. The same is true, at least on the surface, for Republican elected officials, although their tolerance for mistakes and turmoil will be limited.

When Trump is challenged, his combative instincts call for him to plow ahead. He can argue that that has served him well, in business and in the campaign. He is likely to remain in perpetual motion. But inevitably he and his senior team will have to absorb the effects of what they have been through in the first weeks of his presidency and take some corrective action - as others before him have been forced to do.