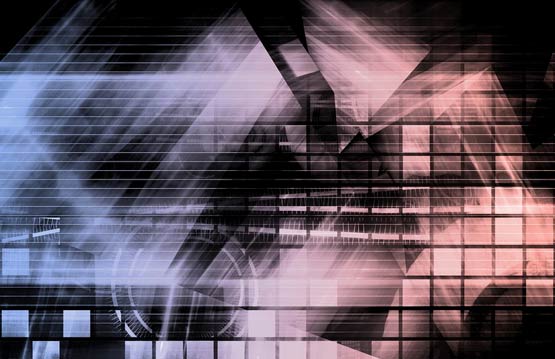 Sitting in a college library on Labor Day 2009, Deanna Rennon tried to ignore the guilt she felt about spending the holiday at Mary Washington University instead of boating with her family as her husband, Doug, had planned.

Before she plunged into research for a psychology paper, Rennon, who was working 20 hours a week and carrying a full load of undergraduate courses, decided to spend a few minutes online searching for the subject that had become a preoccupation: the neurological disorder affecting the youngest of her four children, Erica, who was nearly 3.

"At that point I was just grasping at straws," recalled Rennon, now 39.

She clicked on a 2007 article in a pediatric journal, and the accompanying photos of the patients' missing and distinctively misaligned teeth stopped her cold.

"The teeth looked just like Erica's," she recalled, as she pored over the article by an international team of researchers, who suggested they had uncovered a new disorder based in large part on dental anomalies. The similarities did not stop there: Descriptions of other characteristics of the four children in the article - including their speech and motor problems - seemed to match Erica's.

"Do you think Erica has the same disorder?" she inquired.

Several hours later, Rennon was startled when Vanderver, who hadn't seen Erica and wasn't scheduled to do so for months, called from Europe, where she was attending scientific meetings. Intrigued by Rennon's question, she asked her to schedule an appointment for Erica when she returned.

Rennon's chance perusal of an article in a specialized medical journal and her connection to Vanderver, who also works with the National Human Genome Research Institute at the National Institutes of Health, proved to be pivotal. It would lead to a definitive diagnosis for Erica and prove instrumental in achieving an important scientific advance: the discovery of the gene responsible for her rare neurological disorder.

"It was a lot of serendipitous events," Vanderver said, adding that such coincidences "happen more often than you think." In this case, "so many little puzzle pieces came together. For years, these children walked around with no front teeth, but nobody noticed that, because they were seen by neurologists" who were focused on their brains. "In fact," she said, "it was a crucial clue."

At first Erica, who was born in 2006, seemed much like her older brother and two sisters, her mother recalled. One of the few differences was that she was "extremely fussy" and far more prone to respiratory infections. She also seemed slower to develop: She did not roll over until she was 7 months old, and was unable to sit without being propped up until 8 months.

"I began having some concerns" but didn't tell anyone, recalled Rennon, who lives in rural Culpeper County, Va. "I thought, 'Well, maybe it's because we're all just carting her around all the time.' "

At her nine-month checkup, Rennon asked the pediatrician about Erica's inability to crawl on all fours: instead she dragged herself by her arms, not using her legs. He said he wasn't concerned because she was growing well and other indicators were normal. Three months later, when she had no teeth - most babies have several by this time - and was unable to stand without support or crawl on all fours, he again tried to reassure her.

Rennon, who had been a medic in the Army, was skeptical. The pediatrician was a neighbor, and she worried that his fondness for her family might be clouding his judgment.

For her 18-month checkup, she took Erica to a new pediatrician. "She noticed things immediately," Rennon recalled. Erica's muscle tone was abnormal, she was unusually small and she barely spoke. The toddler still could not stand unassisted, and the teeth that had erupted were in the back of her mouth, not the front, as is typical.

The new pediatrician gently agreed that something was wrong, and referred Rennon to a state-sponsored early intervention program that assesses and treats children with disabilities. "It was validation," Rennon said. "I had felt for nine months that something was going on." She remembers thinking, "She'll get physical therapy for four months and be walking by 2 years and be all caught up."

At the time, Rennon was juggling many balls. In addition to caring for four children and working, she had enrolled at Mary Washington, a two-hour round-trip drive from her home. Her goal was a bachelor's degree in psychology, a pursuit that had been interrupted by her Army service, marriage and motherhood.

Erica began receiving speech and physical therapy. But after five months, the physical therapist pulled Rennon aside. "I don't want to alarm you, but I think you should get a brain MRI" exam and see a neurologist, she advised. Erica wasn't making progress. Rennon called Children's Hospital and took Erica to see neurologist William McClintock, who ordered an MRI and other tests.

The MRI performed in November 2008 marked the end of Rennon's hope that Erica would catch up. The Rennons left the hospital that day knowing only that the exam had taken far longer than expected. "We knew something was wrong, but we didn't know what," Rennon recalled.

Two days later, McClintock called with the results: Erica's brain was severely deficient in white matter, which controls how nerve cells conduct signals. Also, her cerebellum, the part of the brain that controls speech and motor movements, was shrunken, about half the size of normal. The cause, the neurologist explained, was probably a leukodystrophy, a constellation of rare, progressive and incurable genetic disorders affecting the central nervous system.

Leukodystrophies affect the myelin sheath that insulates nerve cells, which are essential to the functioning of the brain and central nervous system. Myelin serves the same protective function as the plastic coating on an electrical cord. When white matter is deficient, the signals between nerve cells are slowed.

So far, more than 50 forms of leukodystrophy have been identified, but in about half of all cases of the disorder, doctors are unable to identify a specific type. Most cases of leukodystrophy are inherited, caused by defective genes passed down by one or both parents.

McClintock "basically told us that we may never know exactly what is going on," Rennon recalled; doctors did not know what kind of leukodystrophy Erica had. She was referred to Children's Myelin Disorders Program for more tests, which revealed little. Her case was transferred to Vanderver, an international expert in leukodystrophies who directs the program'.

For Erica's parents, the news was devastating. "It was really tough," Rennon recalled. "I had three other kids at home and just had to go on." The family formed a protective cocoon around Erica, who seemed happy and largely undaunted by her disabilities.

For Rennon, the lack of a specific diagnosis was deeply unsettling. "We had no answers" about her life expectancy or whether certain treatments might be preferable or how best to cope. "Trying to figure it out became one of my biggest things," she said. The article she stumbled upon that day in the library proved to be revelatory.

Vanderver first met Erica in October 2009, several weeks after her mother's email. A month shy of her third birthday, Erica was attending a special-ed preschool, which she loved, and had recently been fitted for eyeglasses to compensate for her poor vision. She used a walker because she could not stand unsupported, and her speech was difficult to understand for those who did not know her well. But she appeared to be a very sociable and happy child.

Vanderver told the Rennons that Erica might have the disorder described in the article Rennon had emailed, a leukodystrophy called 4H syndrome; its features include hypomyelination (too little myelin) and hypodontia (too few teeth). Those affected do not go through puberty because the central nervous system can't initiate it. Abnormally stiff muscles, speech difficulties and vision problems are common.

Because no genes linked to the disorder had been discovered, "we had no way of making the diagnosis at the time," said Vanderver. She asked whether Rennon would consider enrolling Erica in a 4H research study underway at NIH. Rennon agreed, without hesitation.

"I knew it may not help her, but if it's going to help somebody I'm all about it," Rennon said.

The payoff was swift. Erica's participation was instrumental in the identification in 2011 of POLR3B, one of the genes known to cause 4H. The disorder is passed down in an autosomal dominant fashion: Affected children receive an errant gene from one parent, who may not show signs of the disorder.


"At this point we don't know how these genes lead to a myelin problem or how to intervene," Vanderver said. "We're really providing supportive care" because there is no treatment.

But given the rapid progress in identifying the genes, researchers hope that interventions will follow. While 4H is a rare disorder, the discovery of the genes that cause it has led to the identification of hundreds of cases that previously went undiagnosed, Vanderver noted.

For Rennon, raising a child with a genetic disorder that is progressive has been difficult. Erica, who cannot stand without support, will probably require a wheelchair in adolescence and her life expectancy remains unclear. Some people with 4H die in their teens and 20s.

"At least I could say this is what she has," Rennon said. She battles the guilt she feels from wanting to replicate the large family she grew up in. "Had we stopped with three children, Erica wouldn't have to go through any of this," she said.

Erica's condition, she knows, has profoundly affected her other children, and she worries that it might make them leery about forming relationships as adults or having children of their own.

"They are all extremely helpful, and although it's caused difficult feelings at times - upset, jealousy or whatever - they are much more aware of disabilities and differences."

Erica is now 9. "My biggest concern for her is that she has friends and fun and is part of the family and giving her everything we possibly can," her mother said. She enjoys attending her brother's travel hockey games and an older sister's gymnastics meets and "knows a lot of people."

"We are preparing for a future with her and know that our lives will always be a little different than we expected," Rennon said. "It's been a roller coaster, but I'm thankful we have some answers."