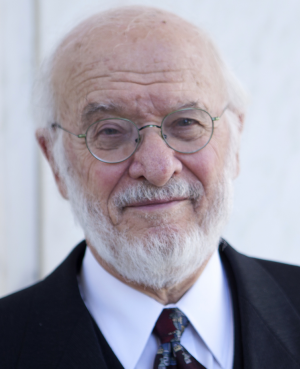 The U.S. Supreme Court precedent that has, for the past 43 years, doomed Shomrei Shabbos (those who observe Shabbat and do not work on that day) who have been denied jobs or whose employers have refused to respect their religious observance is about to be overruled. Here is the story of my role in this historic development.

At about 1:30 in the afternoon of March 30, 1977, I rose to present an oral argument in the Supreme Court in support of Larry Hardison. Hardison had been fired from his job at TWA's Major Overhaul Base in Kansas City because, as a member of the Worldwide Church of God, he refused to work on Saturday because it was his Sabbath. Was TWA obliged to accommodate his religious observance by offering premium pay to an employee who had greater seniority under a labor contract to have him volunteer to substitute for Hardison's Saturday shifts?

I had drafted the 1972 amendment to the Civil Rights Act that directed employers to make a "reasonable accommodation" for an employee's "religious observance and practice," except if the employer could prove "undue hardship" to its business. (My text was sent to West Virginia Sen. Jennings Randolph, a Seventh-Day Baptist, who, in a remarkable initiative, successfully presented it as an amendment on the floor of the Senate.) I drafted and filed a friend-of-the-court brief for national Orthodox Jewish organizations supporting Hardison's claim that TWA had violated the act's prohibition against religious discrimination in employment by refusing to incur the expense of incentivizing a more senior union member to substitute for Hardison on Saturdays. The Supreme Court agreed to hear TWA's appeal and permitted me to share the 30 minutes allotted for an oral presentation of Hardison's case.

Hardison's Kansas City lawyer had never before presented an oral argument in the Supreme Court. I squirmed in my on-deck chair as Justices Lewis Powell, Byron White, William Rehnquist and Thurgood Marshall peppered him with questions that he answered stumblingly. When my turn came, Chief Justice Warren E. Burger kindly said, "We will restore two minutes of the time to your presentation."

The highly respected labor lawyer who had brought TWA's case to the Supreme Court had persuasively argued that TWA was bound by its labor contract. The union contract, he said, permitted Hardison to avoid Saturday work only if he had enough seniority, and TWA is not obliged to pay for violation of its terms. When asked why TWA must do more than the agreement with the union prescribed, I replied that TWA had no greater right to bargain away Hardison's rights under federal law than it had to sell the Brooklyn Bridge. The Washington Post reporter who covered the argument headlined my Brooklyn Bridge analogy in the Post's report the following day.

Two-and-a-half months later, over dissents by Justices Brennan and Marshall, the court ruled for TWA. The majority opinion by Justice Byron White held that TWA was not obliged "to carve out a special exception to its seniority system in order to help Hardison to meet his religious obligations." White gratuitously went on to declare that TWA did not have to incentivize substitutes with "premium wages" because the 1972 "reasonable accommodation" amendment to the law required nothing more than the most minimal (de minimis) adjustment. He added, "To require TWA to bear more than a de minimis cost in order to give Hardison Saturdays off is an undue hardship."

The Americans With Disabilities Act directs employers to accommodate physically handicapped employees unless the employers prove that the required accommodation creates "undue hardship," the same term as is used to define the limit for reasonable accommodation to religious observance in the Civil Rights Act. Federal courts have required accommodation for physical disability even if it is expensive. But because of the de minimis limitation that Justice White grafted onto the religious accommodation provision of the Civil Rights Act, such lawsuits have been dismissed, claiming religious discrimination when the required accommodation for ritual observance comes with a cost. This de minimis gloss on the statutory language has, over the past four decades, buried scores of legal claims by religiously observant Sabbath-observers who were fired or demoted because they were unwilling to violate the tenets of their faith.

Today's Supreme Court is more receptive to claims of religious minorities than the 1977 court. The justices who decided Hardison's case sought to protect American society from religion; a majority of today's court emphasizes the protection granted by the constitution for religion. Justice White formulated the de minimis standard (which had not been proposed by any brief in the case) because the court majority in 1977 feared that requiring an employer to incur expense to accommodate religious observance would violate the First Amendment's Establishment Clause. Chief Justice Burger and Associate Justices White, Powell, Rehnquist and John Paul Stevens mistrusted religious observance. Chief Justice John Roberts and Associate Justices Clarence Thomas, Samuel Alito, Neil Gorsuch, Brett Kavanaugh and Amy Coney Barrett respect it.

The first hopeful sign that a majority of the current court might reconsider the Hardison ruling came in January 2019. The court refused to hear the religious-liberty claim of a public high school football coach who was fired because he kneeled in prayer on the 50-yard line after each game. A published opinion by Alito (joined by Thomas, Gorsuch and Kavanaugh) agreed that there were valid procedural obstacles to deciding the constitutional issues. Alito's opinion gratuitously added that the court had "not been asked to revisit" the Hardison decision's statement that an employer need not "make any accommodation that imposes more than a de minimis burden." This implied that if the four justices were "asked" to do so, they would overrule the Hardison standard.

A case (Patterson v. Walgreen Co.) claiming a failure to accommodate a Seventh-day Adventist's observance of Sabbath was on the court's docket last year. In March 2019, the Justices followed a course they sometimes take in a lawsuit between private parties that raises issues of federal law. They asked the Department of Justice to recommend, through the solicitor general, whether the court should accept Patterson's case.

The solicitor general did not respond for more than eight months. During that time, his staff was lobbied by the lawyers for both sides. I was invited by Patterson's lawyers to join their discussion on the telephone. Whether the Hardison standard should be "disavowed or overruled" was one of three legal issues raised in Patterson's request that the court hears the case. Before the conversation ended, I argued vehemently that, regardless of the merit of the other two claims made in Patterson's petition, the federal government should not miss the opportunity to eradicate the damaging Hardison standard that Justice White had conceived.

On Dec. 9, 2019, the solicitor general finally expressed his opinion. The Department of Justice recommended that the court not consider the first two legal issues presented in Patterson's petition, but that it agree to hear the case to decide whether to overrule the Hardison standard. Not until three months later did the court announce what it would do. It accepted the argument made by Walgreen that because of flaws in the record the case was not "a good vehicle for revisiting Hardison." Alito wrote an opinion, joined by Thomas and Gorsuch, declaring that the court should "reconsider" the case.

Two cases on the Supreme Court's current docket (Small v. Memphis Gas Co. and Dalberiste v. GLE Associates, Inc.) again ask the court to repudiate the de minimis standard. This time the court has not asked the solicitor general for the government's opinion, though it has signaled that it is likely to issue a substantive ruling on this controversial issue. The two cases have been listed for discussion at the justices' conferences three times and then "rescheduled." I think the court is working on an opinion that would be joined — possibly by all the current justices — burying the ill-conceived Hardison ruling.

An assist comes from an unexpected source. Gorsuch was severely criticized by originalist court-watchers when he authored a 6-3 opinion that interpreted the Civil Rights Act's 1964 language prohibiting employment discrimination on account of "sex" to include discrimination based on sexual orientation.

By parallel reasoning, discrimination on account of an employee's "religion," also forbidden in 1964, should include discrimination based on religious observance. The liberal wing of the court — Justices Stephen Breyer, Elena Kagan and Sonia Sotomayor — agreed with Gorsuch's expansive understanding of the word "sex." They should similarly read "religion" as covering not only whether an employee identifies with faith but also conduct dictated by the rituals of religious belief.

Nathan Lewin is a criminal defense attorney with a Supreme Court practice who has taught at Georgetown, Harvard, University of Chicago, George Washington and Columbia law schools.