Meet Molly, the baby who is 2 years younger than her mom 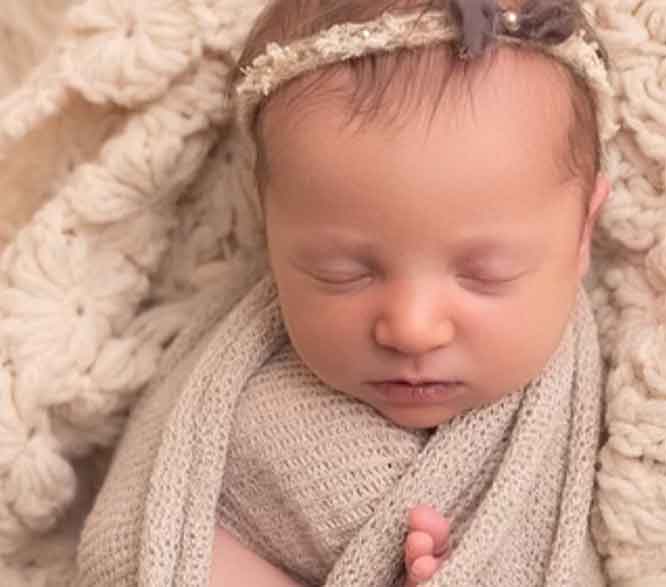 The embryo that led to Molly Everette Gibson's birth in October started its journey in 1992, when it was frozen and placed in a cryogenic freezer in the Midwest.

It remained in frigid hibernation until it was packed in a liquid nitrogen shipper in 2012 and sent to an embryo adoption facility via FedEx. In February, a fertility specialist thawed it and transferred it to the uterus of Tina Gibson, who had been praying for a baby for five years.

A viable pregnancy resulted 27 years after the embryo was frozen, setting what appears to be a record for the longest-frozen embryo known to have come to birth, according to research staff at the University of Tennessee Preston Medical Library. The baby beats the record set by her older sister, Emma Wren Gibson, who started as an embryo that was frozen for 24 years.

"Some couples discard their embryos or are unwilling to donate them because they say they're too old," said Jeffrey Keenan, medical director of the Knoxville, Tenn.-based National Embryo Donation Center. "No, we don't think there is such a thing as too old."

Gibson, 29, and her husband, Ben Gibson, first approached the NEDC in 2016 after months of soul-searching about embryo adoption, which involves implanting in a uterus leftover embryos from couples who pursue in vitro fertilization. Tina Gibson said her parents first mentioned the idea to her while the couple was dropping off their dogs with them before a vacation.

At first, Gibson said they brushed off the possibility. They were interested in traditional adoption, and embryo adoption seemed foreign.

But the couple's drive to their vacation spot was long, and they couldn't stop thinking about it. They would talk about embryo adoption for a bit and then stop, research it on their phones and then take a break, watch a video about it and then drop the topic again.

Three months later, Gibson said, they were tired of mulling it over, and decided to go ahead with the embryo adoption. The NEDC soon transferred to her the 24-year-old embryo that became Emma - then a record for the longest-frozen embryo to lead to a birth. The significance of that only started resonating with the Gibsons when news reporters began calling.

"Once it hit the news with Emma Wren, that was the first time it hit us that maybe this was a big deal," said Gibson, who lives in Knoxville.

When she and her husband, 36, wanted another child this year, the NEDC transferred to her uterus two thawed embryos, both of which were Emma's genetic siblings. One survived, and Gibson learned that she was pregnant days before the declaration of the coronavirus pandemic in March led Tennessee to shut down most of the state's businesses.

"She's been the light of every day in 2020," Gibson said as Molly cooed in the background. "The one thing to look forward to when everything seems to be falling apart around you."

Roughly 78,000 infants born in 2017 - or 1.7% of all infants born each year - were conceived with the help of assisted reproductive technology, according to the Centers for Disease Control and Prevention. Embryo adoptions account for only about 5% of those babies, Keenan said.

But conversations about embryo adoption are common in the Gibsons' household, often sparked by a book on the topic and ultrasound photos on the refrigerator. Emma, 3, is well aware of the unusual way in which she came to exist.

"She's going to think that most kids were born from an embryo transfer," Gibson said with a laugh. "It's such a common term in our family."

About half of transfers performed by the NEDC result in live births, Keenan said. While there's no reason to think there's an age past which an embryo won't be viable, he said freezing techniques used before about a decade ago were less reliable. But if an older embryo survives being thawed, Keenan thinks i

t has as good a chance of implanting as any other embryo. It's not certain that the 27-year-old embryo that became Molly is a record. Zaher Merhi, director of IVF research and development at New Hope Fertility Center, told CNN in 2017 that American companies do not have to report to the government the age of an embryo they transplant.

In any case, Keenan said he's confident that the 27-year-old embryo will not be the oldest ever brought to a live birth.

"We will break this record," he said. "There's no question about that."