The world's hypocrisy about Israel's 'occupation' of the West Bank 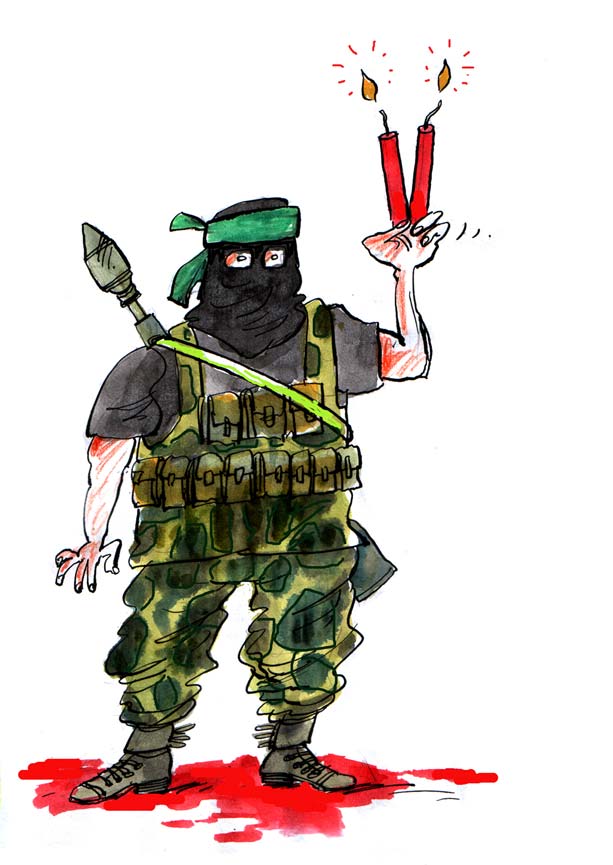 At a time when it enjoys the most robust economy in its history and a thawing of relations with its Arab neighbors, Israel is increasingly treated as a pariah.

Israel's allies revoke the charity status of organizations that raise money for Jewish settlements. UN bodies such as the Human Rights Council focus on Israel's treatment of the Palestinians, while some human-rights organizations pressure Airbnb Inc. to exclude listings from the West Bank. Goods sold abroad that originate there are labeled as such.

Israel has occupied the West Bank since 1967, when it won the territory from Jordan in the Six Day War.

According to the United Nations, states that seize territory by force are not allowed to populate that territory with their own citizens. Israel has expanded Jewish settlements since 1967, on land that according to the 1993 Oslo Accords would make up most of a future Palestinian state. By most interpretations, those settlements are illegal.

So are many other such occupations around the world, notes a new report from the Foundation for Defense of Democracies. Yet when was the last time you heard about a campaign to boycott, divest or sanction Armenia for its occupation of the Nagorno-Karabakh region of Azerbaijan?

The report examines how international law is deployed in eight "frozen conflicts" where one state is occupying territory belonging to another - and finds a double standard when it comes to Israel. "The problem is not simply that the United Nations, United States, European Union, private corporations, and NGOs act in a highly inconsistent manner," it says. "It is that their policies are selective and often reveal biases that underscore deeper problems in the international system."

But Russia is really only paying a price for its occupation and annexation of Crimea, which has caused the U.S. and its European allies to sanction sectors of the Russian economy.

Russia was initially sanctioned for its occupation of Georgian territory, but those sanctions were lifted in 2009 following a flimsy cease-fire agreement that Russian-backed separatists have since violated.

The EU treats Transnistrian goods as if they were Moldovan. There are no restrictions on trade from the Georgian territory that Russia occupies.

The EU, the report notes, has an "exceptionally incoherent approach to protracted conflicts and trade." For example, it requires all goods exported from Israeli settlements to be labeled as coming from occupied territory. But it includes the Western Sahara region, which is occupied by Morocco, as part of Morocco's free trade agreement with the EU. Europe bans all trade with Crimea, but does not regulate trade with Abkhazia, South Ossetia or Transnistria.

Part of the problem, according to the report, is that states which choose to occupy territory through proxy forces, such as the Turkish regime in charge of northern Cyprus or the Russian-backed separatists in the Donbass, are rarely treated the same as states that occupy territory with their own armed forces. Another problem is that some UN institutions are composed of states that have a political interest in demonizing Israel.

That said, Israel is a unique case. It won the West Bank from a UN-recognized state in a war. But no one today argues that Israel should return that land to Jordan. Rather, Israel is expected to turn over the land it won to create a new state. That is the most important way that Israel's occupation is different than the other frozen conflicts that receive such scant attention.

It's important to note, though, that Israel's occupation is not the primary obstacle to peace in the Middle East. Palestinian leaders have rejected past offers for statehood, and still insist that any two state-solution allow for the descendants of refugees created in the 1948 war to return to their homes. During Barack Obama's presidency, Palestinian leaders refused to meet with Israel's prime minister, even after a partial settlement freeze.

In this sense, the double standard about Israel's occupation isn't just unfair, it's counterproductive. The sooner the international community lets go of the illusion that it can force the Jewish state to create a Palestinian one, the sooner the hard work of compromise and negotiation can begin.