Against Tribal America: Who are the REAL racialists today? 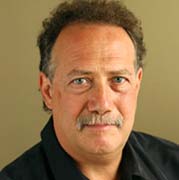 Perhaps nothing so animates the progressive Left today as the notion of an increasingly race-conscious society, segregated by ethnic identity and dismissive of the traditional ideal of assimilation. If this seems ironic, it should — in the not-so-distant past, this was a position embraced by the reactionary Right, particularly in the Jim Crow South. Today, however, progressives support separate dorms for African-Americans and promote restricted "safe spaces" for minorities and other designated victim groups. Indeed, it's hard to pick up the New York Times — even its arts, sports, or travel pages — without seeing race-based analysis and reportage. The Times's racial obsession reached new intensity with the "1619 Project," which overstates the role of slavery in American history and economic development.

This newly energized racial consciousness asserts that most white Americans are racist, even as roughly three in four Americans — including whites, Republicans, and independents — regard racial diversity as "very good" for the country. The proportion of Asian, African-American, and Hispanic college graduates has increased since 2000, even as the share of whites has dropped. As Coleman Hughes has observed, the incarceration rate for African-Americans, though much higher than those of other ethnic groups, dropped by 34 percent between 2001 and 2017 — and more so among the young.

Despite these positive trends, American perceptions of racial amity have steadily worsened since Barack Obama's second term in the White House. President Donald Trump and his sometimes-inflammatory tweets have contributed to this trend, but much blame also belongs to progressives' racialist agenda. At one time, liberals saw integration and assimilation as critical to achieving a just society. Now, they too often embrace a worldview that defines individuals by race. Racialist intellectuals such as Ibram X. Kendi, author of How to Be an Antiracist, dismiss the notion of "color blindness," insisting that any divergence in outcomes between groups reflects racist design.


Legal classification of people by their ethnonational background has a long history in Europe and Asia, though not necessarily to the long-term benefit of minority groups. Under the Ottoman millet system, for example, individual communities — Jewish, Christian, and Muslim — controlled their own internal affairs; not being forced to live together as a common culture, they could not, once that system broke down, find ways to live with diversity. Similarly, the Soviet system allowed each "minority" its own homeland, where local party bosses could hand out favors and rule their subjects in their native tongues. When the USSR collapsed, the newly liberated ethnic states were soon at one another's throats.

Today, we're witnessing what one scholar has called "the racialization of American politics and society." Race, sadly, now separates the political parties more than ever. Democratic Party support is 40 percent nonwhite, while the GOP's is 90 percent white. With America poised to become majority-minority as early as 2045, many left-wing pundits assume that the racial calculus will pay rich political dividends. But America's nonwhite destiny isn't as imminent as it appears. As demographer Wendell Cox notes, Hispanics, long viewed as the guarantor of Democratic dominance, are experiencing the sharpest decline in fertility rates of any ethnic group. Immigration from Mexico has plummeted, a trend that started under President Obama, with more Mexican immigrants now leaving than arriving in the U.S. The fertility rate of Asians, the fastest-growing immigrant group, is lower than that of non-Hispanic whites.

And then there's what journalist Sergio Munoz has called "the multiculturalism of the streets." Even as the media and political class demand that people identify with their race, everyday life suggests an erosion of racial categories. Nothing illustrates this more than the rise in racial intermarriage, which has soared from barely 5 percent in 1980 to 17 percent today. Such shifts reflect seismic attitudinal changes. The percentage of non-black Americans opposing marriage to an African-American, notes Pew, has dropped from 63 percent in 1990 to 14 percent today. The America of 2050 likely will not be the collection of separate ethnic communities allied against white supremacy, as envisioned by "woke" progressives; it will resemble more closely what Walt Whitman called "a race of races," with more of the population having two or more ethnic identities.

Progressives assume that policies designed to help certain racial groups automatically benefit them, yet racial identity and economic empowerment are not the same thing. As Tavis Smiley has commented, black America got "caught up in the symbolism of the Obama presidency" but saw its economic fortunes decline under his administration. Indeed, it turns out that, for the most part, progressive politics do not especially help minorities. Due in part to economic and housing polices, notes researcher Daniel Hertz, some of the politically bluest cities — Milwaukee, New York, and Chicago — are also the most segregated. These places may boast socially aware political cultures, but minorities, particularly African Americans, are moving out.

Evaluating factors like income differentials, homeownership, business ownership, migration, and educational achievement, a study by the Center for Opportunity Urbanism (where I'm executive director) found that, ironically, 13 of the 15 best regions for African-Americans are today located in the old Confederacy, while the other two — Washington and Baltimore — were in border states. The worst performers were Democratic strongholds like Boston, Milwaukee, San Francisco, Minneapolis, and Los Angeles. Blue-state policies — including environmental regulations and higher taxes — also drive out blue-collar businesses that tend to hire minorities and raise housing and other costs. The biggest gap between minority and white homeownership rates — a critical component of the persistent divergence in wealth by race — can be found in left-leaning states like Rhode Island, New York, Massachusetts, and Connecticut.

Racialist ideology may be failing minorities, but it continues to gain adherents in the press and academia. The notion of white privilege has become so embedded on college campuses that schools now hold workshops on the topic, and students subject themselves to programs that accuse them of supporting "racism and white supremacy." Some schools, worried about unequal minority success rates, even urge professors to consider racial factors over merit-based ones.


The racialist cultural agenda is seeping into public schools, too. Black Lives Matter is rolling out a curriculum in secondary schools across the country. Administrators let high schoolers stage walkouts when their competitive schools don't have enough minorities enrolled. Much of the American cultural establishment, including the Smithsonian, has fallen under the spell of this ideology. Corporations, desperate to seem relevant, sign up for the agenda, too, as seen, for example, in Nike's support for Colin Kaepernick, who wore socks depicting police as cartoon pigs, among other similar gestures.

It will be tragic if Americans permit our multiracial society to devolve into ruinous tribalism. Rather than turn inward, great societies thrive by including former outsiders into their system. Rome's greatness, suggested Edward Gibbon, came about in part because it allowed for religious heterodoxy and gave outsiders, including former slaves, a chance to become citizens and rise above their station. This project has worked marvelously well in America — but its continued success depends on our valuing citizenship itself, which many on the left no longer do.

American society cannot heal its current divisions if a large portion of that society writes off another large segment as fundamentally racist. Racialism, whether from the left or the right, can only divide Americans and overwhelm any sense of common identity. In this sense, both the woke Left and the nativist Right are subversives, working to undo the inspiring racial progress of the past half-century.

Previously:
• 10/07/19: They're succeeding at discrediting our past and demolishing our future
• 09/02/19: Today's Cultural Engineers: The arbiters of taste loathe their audiences
• 08/26/19: America's Identity Crisis: The road to sanity
• 02/19/19: Still capitalists at heart, tech titans cozied up to the progressive Left --- until the contradictions became too obvious
• 07/05/18: The New Demo-pessimism
• 03/12/18: Delusions of Justice
• 03/12/18: Left and Lefter in California: Golden State Dems seem ready to break for good with mainstream, moderate liberalism