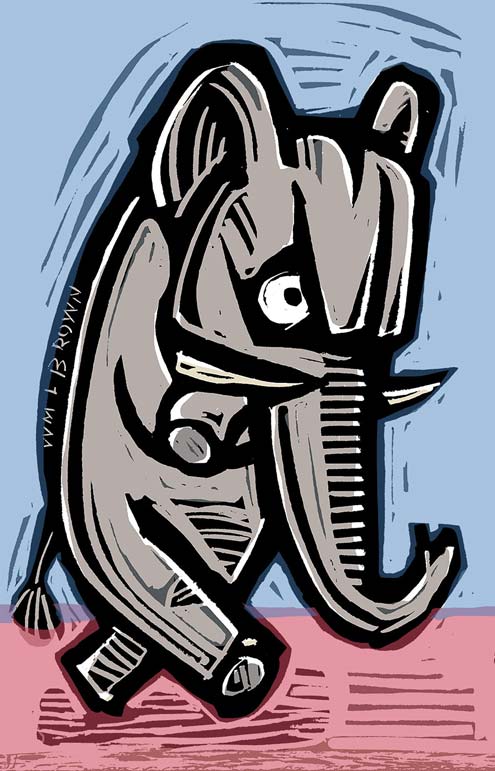 Mitt Romney's Wednesday commentary in The Washington Post is being widely praised by the usual suspects in Never-Trump Land. This should be your first clue as to how wildly out of touch the senator-elect is with Republican voters.

What are some others? Let's start with the article's premise that President Donald Trump's character is more important than his accomplishments or principles. Most Republicans simply don't accept this argument. Many instead see Trump's pugnacious and sometimes crude talk as an essential part of his virtue - he fights while other Republicans cower. Others would prefer he tweet less and do more, but still prefer Trump's fallen angel to a Democratic devil.

Romney would like you to believe you can have your cake and eat it, too - that you can be against Trump's character but for his policies. But that doesn't work in the real world. Railing about character hurts the president, and Republicans know that.

Romney's obliviousness comes through in other parts of his piece, too. He explains what aspects of Trump's tenure he supports, and - lo and behold! - they are the same as those he purportedly supported during his two failed attempts to become president. Notably absent from this approved list? Trump's immigration proposals. But these have everything to do with why he won. The vast majority of Republicans want illegal immigration controlled now. Nearly half want immigrants living here without legal authority to be deported, and more than 80 percent want Trump's wall.

Likewise, Romney omits Trump's tariffs and trade policies, which are far more extensive than simply confronting China. You can debate their effectiveness, but his renegotiation of the North American Free Trade Agreement and his ongoing trade negotiations with the European Union are seen as attempts to reset the global trade rules so that the United States keeps a larger share of the higher-paying jobs that manufacturing creates. Republican voters in the primaries thought that foreign trade was costing the United States jobs, and they like Trump's current stances even in the face of the near-unanimous opposition from the GOP establishment.

Remember, Trump's departure from Romney on these issues attracted the voters whose support made him president, the blue-collar former Democrats whom I have labeled TIGRs (Trump Is Great Republicans). Survey data has long shown that these voters think immigration and trade are bad for them, which makes sense, because they are the ones facing direct economic competition from foreigners here and abroad. Romney is not starting year seven of his presidency, precisely because he failed to attract these voters in 2012.

More tone-deafness? Romney casually says he wants to work toward a balanced budget, but that can be done only by increasing taxes or dramatically reducing the future cost of Social Security and Medicare. Trump's TIGRs depend on those programs and don't want them cut - that's why Trump said cutting them was off the table. Orthodox Republicans might want to cut entitlements, but - news flash - if orthodox Republicans were a majority, Romney would be president.

Even Romney's views regarding foreign affairs are problematic for today's Republicans. There is growing sentiment within the GOP that current dogma forces the United States to commit our men and women to fight other countries' battles, often to no discernible end. There is also growing sentiment that many of our allies aren't doing enough, especially among our European friends. Those views might be wrong, but they are strong and growing stronger. Romney's assertion that the current structure of our global alliances is clearly in our interest no longer commands near-unanimous consent within the GOP.

The senator-elect shows how aloof he is when he approvingly cites a 2016 poll saying that 84 percent of people in five traditional allies thought the United States would "do the right thing in world affairs," but that this had fallen to 16 percent in 2017. Of course our allies' citizens thought that in 2016: Barack Obama was president then.

Our allies want a United States that, like Obama, follows their lead on climate policy and Iran while subsidizing their defense with troops and treasure. Trump and the majority of Republicans disagree with all three stances. Does Romney?

Romney ends by deploring division in our country. He's right to do so, but Republicans and TIGRs would differ with him regarding who's causing the division. Evangelicals and other traditional Christians feel they are under assault from a progressive Democratic Party that seeks to curtail their religious liberty. Conservatives are afraid of another progressive president who will expand government beyond all imagination, forever sundering America from its moorings in limited government. TIGRs see their livelihoods and communities under assault from an economic system that rewards financial wizards (like Romney) and punishes people like them. And all groups see untrammeled immigration as the tool that will give the progressives the votes they need to nail their coffins shut.

Republicans and TIGRs believe the division in the United States is caused by progressive demands, not Trump. They support Trump because they see him as perhaps the only person standing between them and ruin.

But Romney doesn't see any of that. In fact, Democrats retook the House because of the support of millions of educated, affluent former Republicans who think much like Romney. Like him, they don't think the United States needs to change that much from the course it was on after eight years of Obama. Like him, they think a small course correction would suffice, one that would further enrich "makers" like themselves. The fact that tens of millions of their fellow citizens would be harmed under that course matters little to them. What's a little collateral damage on the way to the future?

The conservative movement started with William F. Buckley Jr.'s famous cri de coeur, "a conservative is someone who stands athwart history, yelling Stop." Conservatives, TIGRs and millions of other Americans are doing this again. The future they see coming - the one Romney and the old GOP establishment seem to want - is one they deplore.

Anyone who wants to lead today's Republican Party must reckon with that sentiment and create a future America that these Americans can feel at home in. Sadly, Romney does not appear to be up to that task.