A true gift from my family: Christmas in the ICU 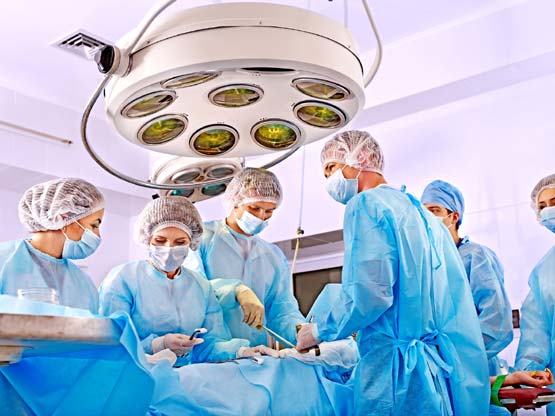 Before the New Year gets any older, I probably should tell you about the wonderful Christmas gift my family gave to me:

A trip to the emergency room. And then on to the ICU.

They kept me alive.

Looking back on all the things that have happened since, I know I'm fortunate to be able to write this.

The doctors say I'm lucky to be alive.

Naturally, some would rather I skipped writing about this, preferring a steaming hot take on politics.

But human nature doesn't change, and the pantheon of dancing political weasels isn't going anywhere. They'll be here tomorrow and the next day, too, their fangs glistening as they brag to George Stephanopoulos about their moral virtue.

So I'll write about my holidays, when there was no time for politics because we had 30 guests coming over for Christmas dinner.

That meant standing rib roasts of beef to cook outside on the smokers to a perfect internal temperature of 125 degrees. And Betty and the boys were scrambling to complete all those other last-minute tasks.

There were roasts to pick up from the butcher, and the grill racks to clean. The lump charcoal to get. Gravy to be made from stock and demi-glace. The wine and spirits and pies to buy, and all those sides to make.

And there was that gorgeous ham waiting for us at the Palace Grill on Madison, where George Lemperis read a column about my ham problem and got it into his stubborn Greek head to cook one for me.

Through all those errands on Christmas Eve, Betty and our sons — and even George — noticed something odd about me. I wasn't myself.

"You all right?" George asked.

Because over the previous two or three days, I'd been drinking frightening amounts of pop, eggnog, shakes, floats — anything with sugar in it — as if I were starving, which I found out later, was true. My cells had been starving. And I didn't know.

And when we secured the beautiful ham in the fridge at home, Betty and our sons confronted me.

"You're going to the hospital right now," said one son.

But we've got 30 people coming over!

"Something's wrong," said the other son, "get in the car."

Later, I said. We have guests.

As they pushed me into the car, I remember shouting, weakly: Nobody tells me what to do!

But they didn't listen.

I don't remember much else except being in the ICU with IVs in my arms.

That first night, my blood sugar levels reached 976. The doctors said I could easily have fallen into a coma where my brain, kidneys and other organs would have been damaged, perhaps beyond repair.

You have diabetes, said a doctor.

"Diabetes? No! That's impossible!" I reportedly told the docs in the ICU. "Diabetes? Ridiculous! What, no pasta?! Now, I'll never be invited to spaghetti dinner after midnight in Chinatown!!"

The roasts were put into the freezer, the pies and George Lemperis' succulent ham were given away, and I spent about a week chewing crushed ice in a hospital.

I sulked for a day or two. But sulking is dumb. Now I contemplate vegetables and read "nutrition facts" on the back of food packages.

But it's not cancer. It's not ALS. It can be managed.

"You may think of diabetes as something of a friendly disease," said a doctor at the hospital. "You can manage it. And if you manage it, with diet and exercise it will stay somewhat friendly.


Diabetes is serious business, but I can't help but be amused: The fat man now tries to become the thin man.

The foodie columnist who waxes on about demi-glace and pasta baked in the juices of roast lamb or chicken is now confined to leafy green vegetables and a couple of ounces of skinless chicken.

Who said irony is dead?

But some 30 million people have diabetes in America, and there are at least double that number who are pre-diabetic, according to the Centers for Disease Control and Prevention.

I've got a lot to learn about all of this. Perhaps you can help me. Perhaps we can help each other. Many must be like me: unaware of the disease, at risk of coma and worse.

But I do promise that if I become one of those ostentatiously born-again health proselytizers, talking about kale smoothies and carb counts — well, just taze me, bro.

And I haven't told many of my foodie friends. And at least for a while, I think it's a good idea for me to stay out of kitchens, until I begin to figure this thing out. If you quit smoking, do you hang out in a cigar store? If you quit drinking, do you go to a bar?

Clearly some changes are in order. For years I routinely skipped my doctor appointments rather than dare miss a column deadline. That will change. And Zeus the Wonder Dog will be my walking companion. I've already dropped some weight. I can even button my sports coats.

It might be fun to learn about whole grilled fish and oysters and various fish stocks and bouillabaisse. And there's got to be some way to cook broccoli that doesn't make me feel somewhat homicidal.

And though this isn't on the American Diabetes Association website, I am told there is one secret food I may eat without any worry whatsoever: whole roasted politician.

There seems to be a never-ending supply. But do I serve it with horseradish cream or an egg lemon sauce?