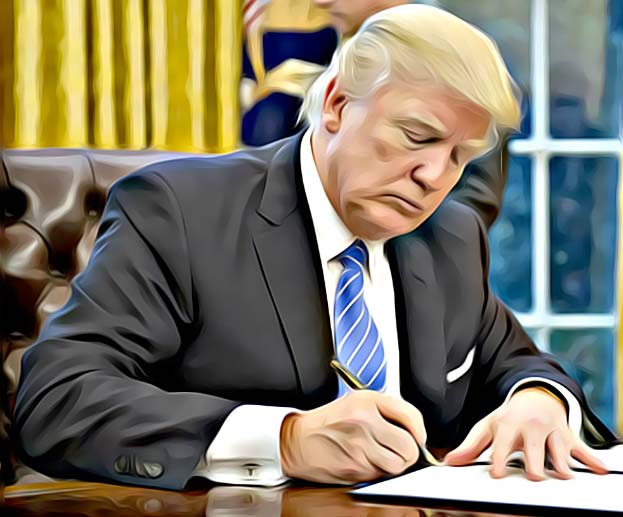 On Friday, The Washington Post reported that Jared "Kushner, whom Trump has joked is to the 'left,' pitched a broader immigration deal and had faith that he could negotiate a grand bargain in the coming weeks, according to people familiar with his discussions."


There could be such a "grand bargain," one that has eluded Congress for a decade, but which a divided Congress makes possible. The key is for each party to recognize that its core supporters are made up of the fervent base, the vitriolic fringe and the reprehensible extreme. To the latter - who often dominate social media - no regard should be paid, only contempt.


The fringe is the 10 percent that impedes all progress if credited with too much authority. The base, by contrast, is where success in elections begins, though not where it ends. So President Donald Trump and congressional Republicans have to deliver a "big deal" that holds the GOP base even if it jettisons the fringe. That's not too hard to do on immigration. All the base really wants is a long and strong fence, stiff employer sanctions made possible by mandating E-Verify, a significant delay between regularization and eligibility for citizenship - perhaps the 18 years it takes a child to grow into a voter - and an end to "chain migration." (Lawful immigrants face different rules, but these aren't lawful immigrants.)


The fringe has dined out for a decade, pretending that the base demands more, such as deportation and/or significant limits to legal immigration. The fringe will scream that whatever Kushner negotiates on behalf of the president is "amnesty," but let them scream. It's nonsense. A regularized status for people in the country without permission that comes with no right to be joined by family members, a long path to citizenship status and deportation upon commission of a crime of violence is hardly amnesty. There need not be a fine, only lawfulness.


Furthermore, the fringe doesn't have the power to do a deal. They represent a small slice of the base. They cannot govern because they cannot persuade and will not compromise.


But we do need a compromise. House Minority Leader Kevin McCarthy, R-Calif., pointed out this past weekend that the Democrats made exactly zero offers during the shutdown, so the bargaining should begin with an offer from them, one they know can become a grand bargain. Kushner and the congressional GOP should tell Democrats: Give us a wish list of what you want, in the form of a bill, and then we'll get back to you with our counter, and so on. Expect us to need a large endowment and the statutory authority to support the many-years-effort needed to build the necessary hundreds of miles of fencing. In exchange, you can get, for example, regularization of every person in the country without permission who entered illegally before 2019.


The fence must be finished or nearly so to trigger regularization: A double-layer fence along the crossable parts of the southern border won't stop drug cartels or end human trafficking. But it will appreciably reduce all of these pathologies. It is the visible expression of a collective national resolve to control the border. It is a demonstration of seriousness on security to the GOP base. But 10 million undocumented immigrants in the United States would be urging the condition be accepted. Delegate the processing of all 10 million to the common unit of government across the states: counties. Like the draft boards of old, make the granting of regularized status a quick process staffed by boards of local, dependable citizens with sound judgment.


Could Democrats turn down such a deal? Would their base allow it? Would would-be presidential nominees reject such a humane, generous and sensible approach? Perhaps, but then no deal would be possible and an emergency declaration by the president would be the only way to go.


The conditions are perfect for a grand bargain. Let's hope the next three weeks brings one. And if none materializes, we need to see the written offers that were made. The public deserves to know who owns the next deadlock if one arrives.