The red line in Syria is still there. In fact, it's a darker red 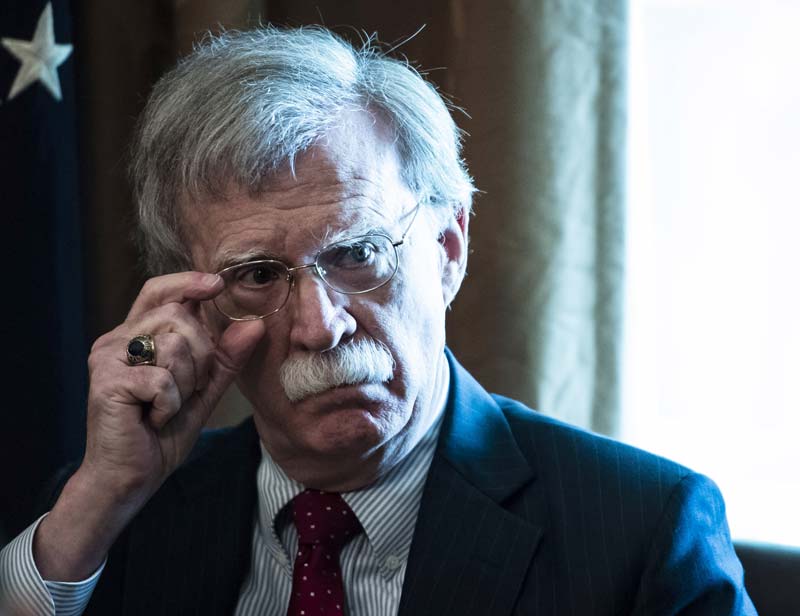 President Donald Trump is right to invest confidence in the national security adviser because Bolton allows no daylight between what the president has announced his intentions to be and the reasons that Bolton is making a quick trip to Israel and Turkey.

The president is modifying U.S. involvement in Syria, but he isn't abandoning the Kurds. Israel faces growing threats, especially from an Iran-supplied Hezbollah on its northern border, but U.S. cooperation with Israel is at an all-time high. There will be no land bridge for Tehran to run fighters and weapons through that part of Syria in which the United States has intervened.

The complete destruction of the physical caliphate of the Islamic State is within reach, and Iran remains the focus of allied efforts in the region. The Trump Doctrine, in my view, is not "Fortress America" but "Fortresses American." Just like Bagram Airfield in Afghanistan, Al Asad Airbase in Iraq will soon become a pivot point for the support of our crucial allies throughout the region - a role already played by Bahrain, where the U.S. Navy Fifth Fleet is headquartered.

Iran is rapidly losing its ability to invest great sums of money and men in Syria and Lebanon, and its cratering economy creates a stark backdrop against which all those prior investments were made. The Iranian people know sanctions relief went to Syrian President Bashar al-Assad and Hezbollah, not them.

That's a domestic powder keg for an aging Mullahcracy.

The new entente among Egypt, Jordan, Saudi Arabia, Bahrain, Kuwait, the United Arab Emirates and - crucially - Iraq is holding. Secretary of State Mike Pompeo, who also enjoys the confidence of the president, is swinging through the region to consult with the leadership of his entente even as Bolton makes stops in Israel and Turkey. The relationship with the latter is fraught. Our NATO ally is unjustly and unwisely holding an American hostage, Houston physicist Serkan Golge, just as it did Pastor Andrew Brunson, who was finally freed late last year.

Releasing Golge would be a second major step toward easing tensions after the Brunson release. The third would be intense talks about the Kurds and our reluctance to allow our longtime allies to be slaughtered. Talks between President Recep Tayyip Erdogan and Bolton on Tuesday could be of enormous significance in solving the Rubik's Cube of Syria.

And while relations with Israel are indeed warm and deep - the move of the U.S. Embassy to Jerusalem has generated an unprecedented level of goodwill toward the United States - they are not without problems. It is a terrible idea for Israel to sell advanced weapons systems to China, and worse to allow China to operate massive port facilities in Israel. This latter, under-the-radar investment by the Chinese brings their considerable cyberespionage capabilities within range of all of Israel's most secret programs, not to mention many of ours.

As Bolton arrives in Israel, two things are abundantly clear. The United States is not repeating the enormous strategic mistake of 2011 and bugging out of the region. Whatever the details of the U.S. presence, it will remain, it will be deep and it will be supported by all of the allies in the new entente. And it will be a bulwark against Iranian ambitions.

Bolton confirmed the "red line" is very much in place with regards to Assad and chemical weapons. If the Syrian dictator doesn't "heed the lessons" that followed the first two times he dared Trump to do what President Barack Obama would not do, "a lot of options would be on the table." We know that Bob Woodward reported that when Trump ordered a second strike against Assad, then-Secretary of Defense Jim Mattis withheld some of those options, including targeting Assad, which the president had ordered. "We're not going to do any of that," Mattis is reported by Woodward to have said.

The message seems clear to both Iran and Syria: The United States is reconfiguring; it isn't leaving. In fact, it may be getting even more lethal. There will be no repeat of 2011.