Being in shape may not protect your heart 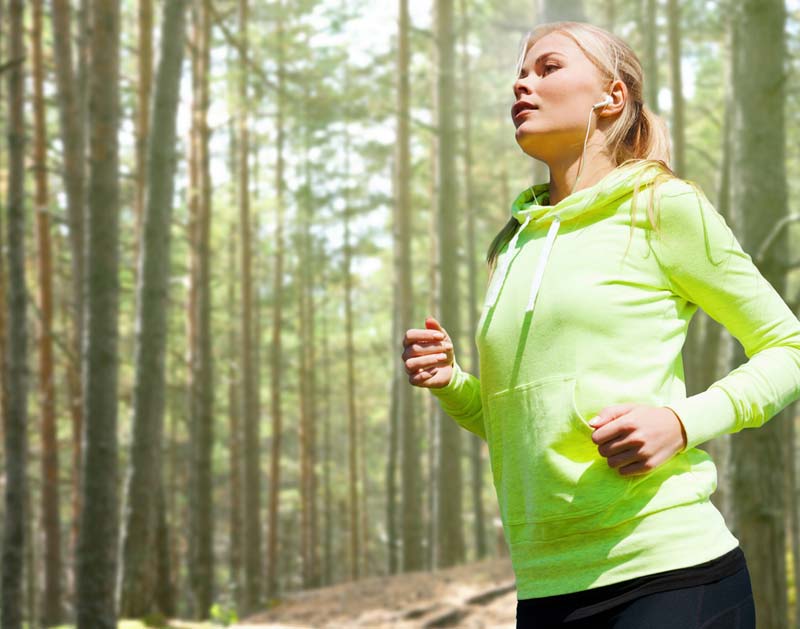 Jason Lathrop was training for a solo backpacking trip in 2015 when he started to feel a creaking sensation in his knees during morning runs near his home in Portland, Oregon.

Expecting to learn that he'd torn his meniscus or strained a ligament, he went to his doctor, who told him his knees were just fine. Instead, he learned, he had a heart murmur. Six weeks later, the 43-year-old father of two was undergoing open-heart surgery to repair a faulty mitral valve.

After a lifetime of active and virtuous living that including frequent exercise, healthy eating and no smoking, Lathrop was stunned to learn that something could be wrong with his heart.

"Your heart is your aerobic engine along with your lungs, and I thought if there were any organs I would not have problems with, it would be those two because I took such good care of them," says Lathrop, an analyst at Intel. "It was such a shock."

Exercise does a lot to strengthen the heart and lengthen lives, experts say. But heart problems are still common - and sometimes dramatic - in active people. It's a point that's likely to come up during this fall's marathon season, given the cases of sudden cardiac death and heart attacks that sometimes occur during long races.

Those rare but often highly publicized events offer an opportunity to deliver a nuanced message about heart health to active people: Exercise is good, but nothing is 100 percent protective, says Aaron Baggish, director of the Cardiovascular Performance Program at Massachusetts General Hospital in Boston.

Even doctors often overlook the potential for heart problems when they see athletic patients.

Decades of research on tens of thousands of people have drawn a direct connection between routine exercise and heart health. Among other measures, studies show, getting the recommended 150 minutes of moderate exercise each week can lower rates of blood pressure, heart disease, death and more.

"If you had to pick one pill for the American public to take, exercise is more perfect than any other pill you could come up with," says Mark Link, a cardiac electrophysiologist at the University of Texas Southwestern Medical Center in Dallas.

But reducing risk isn't the same as eliminating it. Sometimes exercise can exacerbate heart risks, especially at extreme levels - although scientists are still working out the details of what an athlete's heart should look like.

In one 2013 study, researchers looked at the health records of more than 52,000 Swedish cross-country skiers who competed in a 56-mile race between 1989 and 1998. They found that male athletes who had skied faster and those who had competed in more races showed higher rates of irregular heart rhythms, called arrhythmias, over a period of 10 years.

Compared with men who had competed just once, those who completed five races were twice as likely to be hospitalized for bradyarrhythmias, or unusually slow heart rates. Atrial fibrillation, an irregular or very fast heart rate, was also more common in the most-serious skiers.

This is not the only example where evidence is revealing that vigorous training alters hearts in ways that require more research. For example, serious athletes seem to show increased levels of calcium deposits in the arteries of the heart. These plaques are normally a sign of elevated risk for heart attacks, but new studies suggest that they may be less worrisome in otherwise healthy athletes. "To some degree," Baggish says, "the jury is still out on this."

A more common risk that active people face is the belief that exercise gives them freedom to indulge in heart-damaging behaviors. And excessive alcohol, junk food and tobacco in early adulthood can catch up to people later in life, Baggish says.

Genetic predispositions also matter, even for people who do everything right. That's something that Jay Kuo, a 49-year-old Broadway composer and producer in New York, has been struggling with since his blood pressure and triglycerides spiked a couple of years ago, despite his healthy habits.

Already spooked by a family history of heart disease - his father had a heart attack at 44 - Kuo had stopped smoking, reduced his salt intake, cut out processed meats and started drinking a kale smoothie every morning. He also jogs, does yoga, meditates and takes medications to improve his blood pressure and triglyceride levels. Despite all that, he's not making as much progress as he'd like.

"It's frustrating," he says. "I need to not have what happened to my dad happen to me."

Screening for heart conditions remains controversial, as researchers continue to debate whether looking for trouble would wind up harming more people than it might help.

Doctors also want to be careful not to scare people away from exercise, even the endurance kind. In a 2012 study, Baggish and colleagues looked at a database that included 10.9 million people who registered to run marathons or half-marathons between 2000 and 2010.

Overall, they found 59 cases of cardiac arrest (42 of them fatal) that happened during the race or at the finish line - suggesting that exercise-induced sudden death is quite rare, even though tragic cases get a lot of attention.

Most of the runners who survived a cardiac arrest said they had had some kind of symptoms before the event, such as chest discomfort or trouble breathing. And while the risk of cardiac arrest rises during exercise or bursts of activity, like snow shoveling, that risk is largest among people who don't exercise regularly.

See a doctor if you have concerns, Baggish suggests. But don't let stories of athletes with heart problems scare you away from exercise.

"Our country's problem is not too much exercise," he says. "It's too little exercise."

And a diagnosis doesn't have to mean the end of an athletic lifestyle. Two years after his heart surgery, Lathrop is running three days a week, often for 10 miles or more at a time.

"I'm running much farther than I ever did before the surgery," he says. "I have a new lease on life."