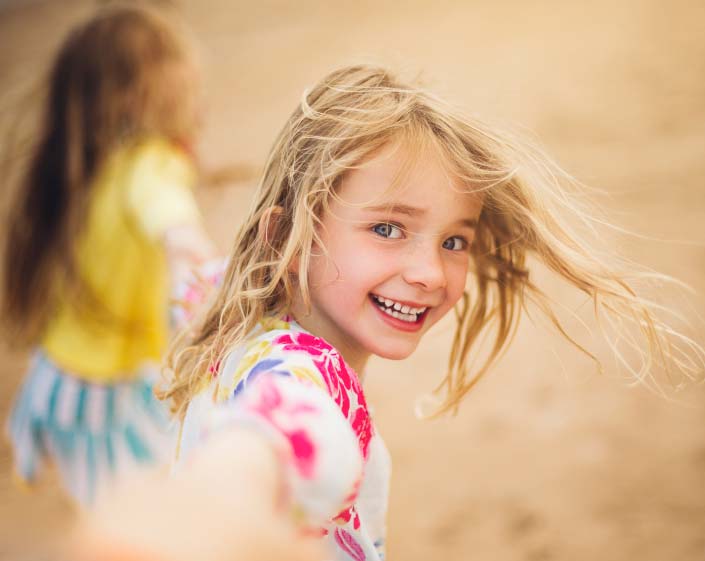 Last month, my wife told our 5-year-old daughter, Anna, that because we'd be out of town on an upcoming weekend, Anna would have to decline an invitation she'd gotten. It was a birthday party for a boy I'll call Ben.

Anna looked at her, perplexed. "That's true," she said. "But I like parties!"

Such are the travails of raising an extrovert. For Anna, there is no such thing as a bad party. No night can drag on too long; no guest can overstay her welcome. People, she believes, are born to be together. For her, if solitude is not quite a vice, it is at best an inexplicable lapse in taste.

How extreme is Anna's extroversion? One day she wouldn't leave kindergarten until she had said goodbye to, and hugged, every child in the room. Because most kids her age don't take telephone calls, she likes to call my best friend since childhood, now a man of 45, on the phone. She can never connect enough.

In the 15 years since Jonathan Rauch wrote his influential essay "Caring for Your Introvert," his pro-introvert dogma has been preached in scores of articles, television news segments and books, including "The Introverted Leader," "The Introvert Advantage" and of course Susan Cain's 2012 mega-seller, "Quiet: The Power of Introverts in a World That Can't Stop Talking." We have all been instructed that introverts are special, underappreciated and, to quote Rauch, "wildly" misunderstood.

I don't dissent, entirely. I love introverts. My wife, who declines to answer the phone, not out of fear that it might be a robocall but because it might be a person.

To her credit, my wife, whose perfect New Year's Eve can be summed up as hot chocolate, a novel and lights out at 10, has taught me to better appreciate Anna's older sister, our 8-year-old, who survives any large social gathering by finding a quiet corner in which to reread Alcott or Rowling, or by making one friend to pull aside for private conversation. Once upon a time, I might have insisted that Klara join the party. I now know better, and I marvel at how well she copes with a world that always seems too loud and too close.

Nevertheless, there is definitely something self-serving, brilliantly so, in the militant introverts' argument that they are superior - calmer, more patient, more compassionate - yet always vulnerable. They are both special and especially oppressed. They have unique wisdom but also need unique care.

Seriously? Is it the introverts whom parents have to worry about? They seem designed to dodge danger, what with all that keeping their heads down, doing their work, avoiding poisonous high school gossip. Last time I checked, library cards and isolated corners of public parks were still free. Dear introverted friends: I'm sorry that your sophomore English teacher marked you down for not raising your hand, but surely a life free of bar fights and flash mobs is some compensation. "Netflix and chill" and #selfcare are the mantras of our age. You'll be fine.

By contrast, consider the plight of the extrovert snowed in during school vacation, with no friends to organize and boss around. Without four siblings, Anna would be lost. And what will happen when the day comes and I have to tell her that, given our limited budget and large family, she might want to consider a small, intimate wedding?

The world can be unkind to children who enjoy connecting. We're all on guard, and for children to refuse to believe in "stranger danger" is particularly suspect. Antisocial is the new social. One time, three summers ago, Anna and I entered a mostly empty playground on a summer morning. Before running to the swings, she noticed an old woman sitting on a bench, alone, blinking slowly into the sunlight. Anna walked over.

The woman refused to answer, instead beckoning to me. "Good morning," I said.

"You better tell your little girl not to talk to people," she said sourly, then made a show of turning away.

That woman meant well, I think. We live in suspicious times, and she feared what might happen to a child - a girl - who refused to obey the new conventions of distance, caution, unfriendliness.

Me, I worry that after another encounter like that one, Anna will simply give up on talking to old people in parks. Which would be a shame. Right now, she's at an age when it's relatively easy to be exuberant, but as children - especially girls - get older, there is pressure to be more reserved, more "poised." True, as introverts age, they are pressured to speak up, which can be hard for them; but as extroverts grow up, they are sometimes expected to modulate, to pipe down, to shrink themselves.

I hope Anna never stops talking to strangers or dancing. I probably don't have to worry. I remember another time, a summer later, when we arrived at the perfect spot on a crowded New Jersey beach. I pitched our umbrella, opened up the folding chairs and asked Anna if she wanted to go in for a swim.

"Not yet," she said. "First I have to go meet people." She walked to the umbrella next to ours, got in the face of a beer-bellied man in sunglasses reading a Michael Connelly thriller and said, "Hi, I'm Anna!"