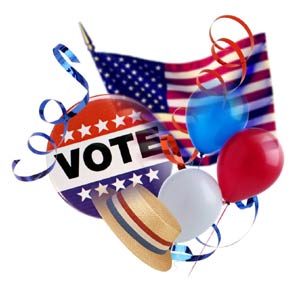 Long before voters decide in November who will control the House, the Senate and 36 governor's seats across the country, the most wide-open primary season in decades will plunge the nation's two major political parties into historic battles over who they are.

The long-anticipated 2018 midterm elections are rapidly approaching - a referendum on President Donald Trump and the GOP majority and a gauge of Americans' expectations of government. But first the parties and their voters must chart a course through their nominating contests.

Between March 6 in Texas and Sept. 18 in Massachusetts, thousands of contenders, Republican and Democrat, will compete at every level of elected office below the presidency for the chance to appear on the ballot in November.

Races Democrats once left uncontested are now brimming with candidates. Races in which Republicans had hoped to clear the field have grown crowded. And the power of national parties on both sides to moderate the conflicts remains low, as populist passions roil both the liberal and conservative grass roots.

On the Republican side, contests will test the power of the establishment over a restless base, with conservative disrupters and donors seeking to upset the current balance of power within the party - and with Trump serving as an erratic referee. Some races that give Republicans the best chance to pick up seats have become GOP mud fights, while in others, the threat of incumbent defeats could complicate the party's ability to retain its majorities in the fall.

Democrats are mired in their own conflicts. How, if at all, should they campaign against Trump? How do they balance the liberal agenda of the party's base - on health care, impeachment or the minimum wage, for instance - against the clamor among some Democrats to figure out how to connect with voters who supported Trump?

The sheer, historic volume of candidates, particularly among Democrats, tells part of the tale. The surge is most apparent in contests for the House of Representatives, where, through the end of September, 455 Democratic challengers had already registered with the Federal Election Commission - more than twice as many than at any other point in the last 15 years, according to an analysis by the Campaign Finance Institute. By comparison, only 111 Republican challengers had filed to raise money.

The outcome of these contests, a warm-up for a general election that will decide control of the House and Senate as well as statehouses, will help define the priorities and leaders of both parties in advance of the 2020 presidential campaign. And over the next eight months, hundreds of millions of dollars will be spent to winnow the fields.

"We've been raring for this fight for a long, long time," said Dan Cantor, the national director of the Working Families Party, which is trying to nominate liberals in Democratic primaries. "Democrats have been nominating people one degree better than the Republican, then acting surprised when people don't turn out. People need to run on a progressive agenda, then govern on that agenda."

Other races have attracted multiple credible candidates, with some contests shaping up as ideological clashes and others featuring a jumble of infighting that has left some Republicans wondering whether the eventual nominees will emerge stronger or weaker in the general election.

A prime Senate pickup opportunity in Indiana, meanwhile, has turned into a Republican brawl, with the campaigns of Reps. Luke Messer and Todd Rokita exchanging epithets such as "unhinged," attacks on the lucrative municipal legal consulting contract of one candidate's wife, and mocking jabs over an eight-page memo with instructions about how to chauffeur the other candidate around the district, with tips about black coffee and avoiding "sudden acceleration." Complicating matters is a self-funded businessman, Mike Braun, who has loaned his own campaign $850,000 and has been courting the support of anti-establishment leaders.

Democrats have looked on with glee. "Whoever emerges will not only enter the general election badly damaged but also have to explain to voters why they supported a tax increase on the middle class and spiked health-care costs," said Lauren Passalacqua, a spokeswoman for the Democratic Senatorial Campaign Committee.

The involvement of wealthy Republican contributors, not to mention Trump, has also complicated some races. In Wisconsin, the Democrat-turned-conservative-Republican Kevin Nicholson has received support from Illinois businessman Richard Uihlein, who also gave to a super PAC that supported the failed Senate campaign in Alabama for former state judge Roy Moore.

Trump, meanwhile, has thrown his support behind incumbents such as Sen. Roger Wicker, R-Miss., while also weighing into early primaries. The president's fierce criticism of Sen. Jeff Flake, R-Ariz., helped force him into retirement, and Trump has publicly predicted that his longtime supporter Rep. Lou Barletta, R-Pa., "is going to win big" in his competitive Senate primary in that state.

Neither party is anointing candidates as it used to. White House intervention has had mixed results in recruiting Senate candidates; in nine of 10 Trump-won states where a Democratic senator is up for re-election, Republicans are facing free-for-alls with no obvious front-runners. (The exception is Missouri, where Attorney General Josh Hawley is favored to beat three insurgent challengers.)

Democrats are handling even larger scrums, especially in states where they're desperate to break Republican power ahead of the next round of congressional redistricting. In Iowa's gubernatorial race, seven Democrats are fighting it out to challenge former Lt. Gov. Kim Reynolds, a Republican. Seventeen Democrats have declared in Wisconsin, where the winner will take on an entrenched Republican Gov. Scott Walker.

Six Democrats are facing off in the race for Illinois governor, where billionaire J.B. Pritzker won over the party establishment but few of his challengers backed off; seven Democrats are in the hunt for the nomination in Maryland, with liberals trying to elevate former NAACP chairman Ben Jealous.

Both parties are facing competitive primaries in the Midwest and South as well as in some of the largest swing states. In Florida, Republican Rep. Ron DeSantis won Trump's backing in a gubernatorial primary against Agriculture Commissioner Adam Putnam. A race that Republicans hoped could serve as a coronation for Putnam has been scrambled as Las Vegas Casino magnate Sheldon Adelson, hedge fund heiress Rebekah Mercer and Wyoming investor Foster Friess piled in behind DeSantis.

In Michigan, Ohio and Tennessee, Republicans who had hoped to run as successors to incumbent GOP governors are facing challenges from insurgent candidates. The same is true in Iowa, where former Lt. Gov. Kim Reynolds got a head start on competitors by taking over the top job after her predecessor became ambassador to China - a promotion that did not scare off two primary challengers.

So far, the Democrats' House primaries have not become ideological slugfests. A high-profile campaign to replace conservative Democrats, launched in early 2017 by a veteran of Sen. Bernie Sanders' presidential campaign, was eventually folded into a similar campaign called Justice Democrats, which has backed a variety of liberal incumbents and challengers.

Opposition to Trump has smoothed over some of the Democrats' differences, but the debate over whether to seek impeachment of Trump is likely to grow as an issue as Election Day approaches - and it has not yet defined the early Democratic primary battles. In the most wide-open primaries, at least one candidate favors a Sanders-style agenda of universal Medicare and a $15 minimum wage, and a candidate who favors a more center-left agenda.

To further that goal, liberal activists have decided to target incumbent Democrats. Outside of Chicago, the antiabortion Democrat Rep. Daniel Lipinski has been targeted by several groups, including NARAL and MoveOn.org, who are backing Marie Newman, a liberal who founded an anti-bullying effort for grade schools. In California, liberals are hoping state Sen. Kevin de LeĂłn will mount a credible challenge to Sen. Dianne Feinstein, who has been in office since 1992.

"The top-line goal is getting paid family leave, Medicare for All, and free college front and center," said Neil Sroka, a spokesman for Democracy for America, which supports de LeĂłn.

Republicans have argued that the candidate glut will end up hurting Democrats. In some of the districts won by Hillary Clinton, the 2016 Democratic presidential nominee, but represented by Republicans, Democrats are embroiled in pricey seven- or eight-way primaries. There are more Republican-held districts with eight Democratic challengers than districts with just one, and Republicans expect the primaries to drive the eventual nominees to the left.

"Hey, we have seven candidates, let's see who can hate the president the most," joked Corry Bliss, executive director of the Congressional Leadership Fund, a PAC aligned with House Speaker Paul Ryan, R-Wis. "That's how those primaries are going to go."

Democrats acknowledge they're not clearing the field as they have in midterms past. In several districts the Democratic Congressional Campaign Committee has touted candidates who were out-fundraised by challengers.

"No party has ever lost an election because of too much energy or too much momentum," said Rep. Ben Ray LujĂˇn, D-N.M., who leads the House Democratic election effort. "It's a challenge, but it's a challenge that we welcome."

In other races, the crowds are notable not just for their size, but for the resumes and fundraising of the contenders. Democrats are arguing less about policy than about who has the strongest biography to present against the incumbent.

In New York's 19th District, a competitive slice of the Hudson Valley currently held by Republican Rep. John Faso, six Democrats are running, including two graduates of Harvard Law School, an Iraq War veteran who graduated from Georgetown and the U.S. Military Academy, a former CIA officer who became a schoolteacher, and a wealthy businessman who has loaned his campaign $500,000.

Three of them boast of supporting Medicare-for-all on their campaign websites; two have raised more money than the incumbent.

Bliss said his super PAC would invest in several races, with the goal of helping the most left-wing Democrats win their nominations.

"It's going to be the most fun project for us," Bliss said. "Our donors love the idea - they're calling us and asking, 'What about this primary, what about that primary?' "

But Sanders, I-Vt., pointed out that expanded Medicare and higher minimum wages poll well in most of the country - and argued that a robust ideological debate in the primaries will strengthen the party.