Weather or not, your time has come 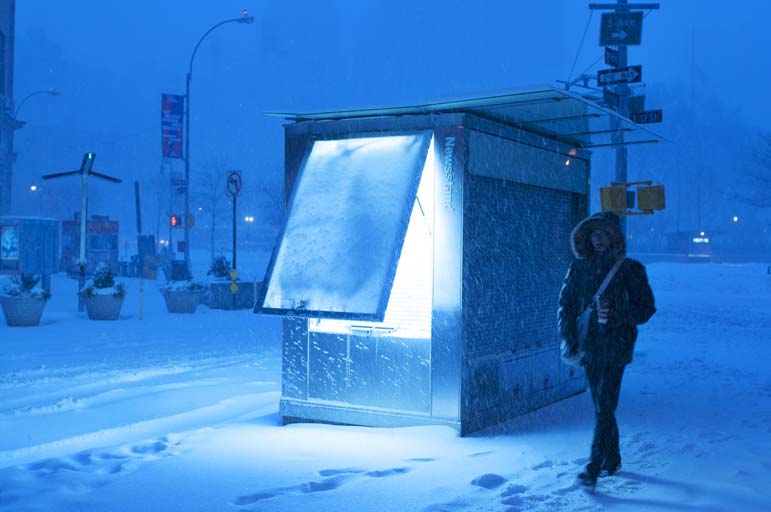 Climate teaches a deeper lesson in human psychology, one first observed by the sages some 2000 years ago

We've certainly gotten our share of weather this season. Blizzards in New England, ice storms in Florida, subzero temperatures in the Midwest, and devastating dry heat in California. Whatever we were expecting from winter, this was not it.

Of course, you can always find a silver lining if you look hard enough. As humorist Kin Hubbard wrote, Don't knock the weather; nine-tenths of people couldn't start a conversation if it didn't change once in a while.

It is remarkable how much we seem to delight in stating the obvious. Do we think that others won't notice Mother Nature's current disposition if we don't bring it to their attention?

But the weather teaches a deeper lesson in human psychology, one first observed by the sages of the Talmud some 2000 years ago:

Everything is in the hands of heaven except cold and heat.

At first glance, it appears that the author of this remark was playing with our minds. After all, is anything less in our control than the weather? To complicate matters, this comment seems to contradict the more famous talmudic dictum that,

Everything is in the hands of heaven except the fear of heaven.

The meaning of the second statement is easier to grasp. As much as we human beings like to think of ourselves as masters of our own fate, the truth is that we have no control whatsoever over what happens to us.

Of course, we can choose how we act. But where our actions will lead, where our choices will take us, and what twists of fate lie lurking around every corner – about those we have nothing to say at all.

Consider these ironic footnotes to history:

The trendy, textured wallpaper invented in 1960 by Marc Chavannes and Al Fielding turned out to be a total failure. Well, not a total failure. Several years later it was put to good use. You know it as Bubble Wrap.

In 1968, Spencer Silver tried and failed to develop a super-strong adhesive for 3M laboratories. Instead, he produced a stickum that easily peels right off. His failure gave us Post-it notes.

Then there's the story of John DeLorean, the wunderkind who rose to become general manager of Chevrolet, only to leave General Motors and start his own car company. His sleek, gull-winged, stainless steel luxury car captured the world's imagination, and experts predicted boundless success. But production delays and a global recession drove his company into bankruptcy. DeLorean was arrested and charged with drug-trafficking, purportedly to raise the $17 million he needed to save his ailing company.

When we forget where we left our keys, do we start snarling at the people around us? When we're late for an appointment, do we curse the red light that makes us later? When we get caught making a mistake, do we try to deflect responsibility by shifting blame onto others? When a project fails, do we make excuses, or do we try to learn how to turn the experience of failure into a formula for success?

It's the way we respond to situations of stress and disappointment that reflects the quality of our character. This is what the sages call fear of heaven.

Don't we do a greater service to ourselves, as well as to the people around us, when we laugh at our own foolishness, admit our own mistakes, and quietly accept the inconveniences that fate scatters along our way? Don't we make it easier for others to look for the good and cope with the bad when we model keeping perspective and priorities where they should be? Don't we come out ahead in the end by challenging ourselves to do better than by cursing the randomness of misfortune?

We can't change the weather, but we can dress warmly against the cold and stay hydrated against the heat. That's plain common sense.

It's less common to remain even-tempered and upbeat in the face of life's bumps and bruises. But it makes just as much sense.

And it's entirely in our hands.