Hollywood only steps up when caught with its pants down, so spare us the lectures on morality 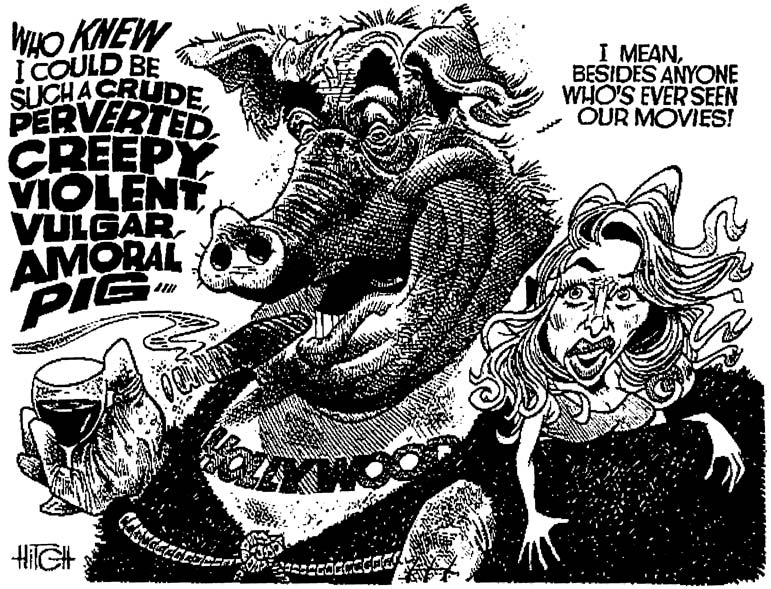 Yes, the town that brought you the casting couch and the X-rated film now proclaims that it is the leading edge on behalf of female empowerment. All it took was the worst scandal in modern Hollywood history to make that happen.

A few short months ago, Hollywood had nothing to say about the sexual abuse of women in the industry. Hollywood is a visual medium, and that means that powerful men in the industry have treated beautiful women as objects for their play and pleasure for literally decades.

Famed actress Jean Arthur, star of films including “Shane,” told author Joseph McBride that she quit the industry rather than deal with the molestation from studio head Harry Cohn; she even says she planned to murder him before quitting. Marilyn Monroe told a young Joan Collins that producers were like “wolves.” And modern actresses talked for years about the predations of figures like Harvey Weinstein. But nobody did anything. Nobody said anything.


But now we’re supposed to believe that Hollywood has something to tell the rest of us about sexual abuse. Thus, Oprah Winfrey took to the stage of the Golden Globes to lecture America about mistreatment of women — even though her association with Weinstein supposedly led at least one young actress to believe Weinstein was unthreatening, a mistake that led to that actress’ sexual exploitation at Weinstein’s hands.

Streep cheered her from the audience, despite calling Weinstein “God” just a few years ago. James Franco clapped along, even as Ally Sheedy tweeted cryptically about his hypocrisy.

This is Hollywood’s unique gift: limitless gall, and a complete lack of morality. Once shamed, Hollywood steps up. But it takes the public to force it to do so.

It took the public to force Hollywood to set standards for itself in the 1930s; after the roaring 1920s, which included some highly-publicized Tinseltown scandals including the death of model Virginia Rappe at a party with famous comedian Fatty Arbuckle, Americans tired of the town’s decadence and demanded change. The result: the Hays Code. Hollywood responded, but only under pressure.

Now Hollywood responds again. But only under pressure.

Which is what makes it particularly sickening that Hollywood’s stars insist on treating the rest of us as the sinners. The same Hollywood that sees the rest of America as a tyrannical small town run by John Lithgow, one step away from re-enacting “The Handmaid’s Tale,” sends out “THT” star Elizabeth Moss to lecture on sexism — the same woman who devotes her time to the Church of Scientology, a sexist quasi-cult that has allegedly targeted victims of sexual abuse and forced female members of the Sea Org to have abortions.

So, here’s a bit of advice to Hollywood: Try a little modesty. You didn’t say anything when you had the chance; you only said something when you were caught with your pants down, literally.

Spare us the self-righteous lectures. And try setting some standards for yourselves before you tell us all about how we’re the barriers between women and respect.