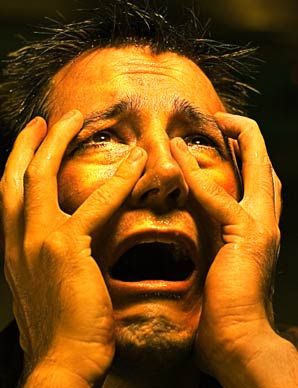 Minutes after the Hawaii Emergency Management Agency mistakenly sent a missile alert at 8:07 a.m. on Jan. 13 - terrifying residents and visitors across the state - some officials, such as Rep. Tulsi Gabbard, D-Hawaii, rushed to Twitter to reassure everyone it was a mistake.

But one Twitter account was deafeningly silent for 17 minutes: that of Hawaii Gov. David Ige. Though Ige was informed by the state's adjutant general that the alert was false two minutes after it was sent, he waited until 8:24 a.m. to tweet, "There is NO missile threat."

On Monday, after he gave the State of the State address in which he avoided the subject of the missile alert fiasco, reporters demanded an explanation for that long silence.

"I have to confess that I don't know my Twitter account log-ons and the passwords, so certainly that's one of the changes that I've made," Ige said.

"I was in the process of making calls to the leadership team both in Hawaii Emergency Management as well as others," he added. "The focus really was on trying to get as many people informed about the fact that it was a false alert."

The state itself did not issue an official correction until 38 minutes after the errant warning went out.

Ige said he has taken steps to ensure it won't happen again. Namely, he saved his Twitter information on his cellphone.

"I've been putting that on my phone so that we can access the social media directly," Ige said.

The missile alert fiasco highlighted flaws both human and technological in the state's civil defense warning system. The false alert was sent out because an employee clicked on the wrong option on an old-fashioned drop-down menu of links. As The Washington Post's Fred Barbash reported:

"The menu, which triggers alerts, contains a jumble of options, ranging from Amber alerts to Tsunami warnings to road closures. Some of them, such as 'High Surf Warning North Shores,' are in plain English.

"Others, including the one for a missile attack, 'PACOM (CDW)-STATE ONLY,' use shorthand initials. (PACOM refers to the United States Pacific Command based in Hawaii.)

"And the menu contained no ballistic missile defense false alarm option - which has now been added."