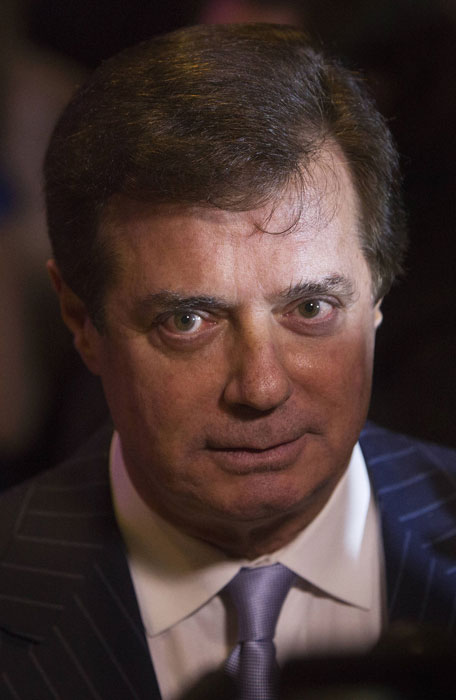 Paul Manafort's lawyers deserve points for creativity. They filed a lawsuit Wednesday against the Department of Justice and special counsel Robert Mueller alleging that the Mueller investigation is going beyond the limits of exploring connections between Russia and the Donald Trump presidential campaign. As a remedy, they're asking for the federal indictment against Manafort, Trump's former campaign chairman, to be dismissed.

Legally, Manafort's suit is vacuous -- for a deliciously ironic reason. As a constitutional matter, Manafort was charged with crimes not by Mueller or his team, but by the executive branch of the United States: that is, by President Donald Trump, acting through the Department of Justice.

As president, Trump has full legal authority over the department. A private defendant can't complain that Trump used one office or employee of the Justice Department to investigate and charge him. As a unitary executive, Trump can assign any lawyer he wants to bring charges against Manafort. All that matters is whether Manafort is guilty of the crimes alleged, a matter to be decided by the courts after the exercise of due process.

What makes this legal-constitutional answer so weird and wonderful is, of course, that Trump never wanted the Mueller investigation to happen in the first place. No doubt he would be very happy to make it go away if it were politically possible. Yet Trump's formal legal authority to fire Mueller (albeit after repealing the regulation that restricts that decision to the attorney general or his proxy) is the reason Manafort's lawsuit can't go anywhere.

If this all sounds a bit Alice in Wonderland, the straightforward explanation can be found in the federal regulations creating the special counsel.

Recall that Mueller isn't an independent counsel like Kenneth Starr was when he took the Paula Jones investigation all the way to Monica Lewinsky, Bill Clinton's alleged lie under oath and presidential impeachment. Starr wasn't appointed by Clinton but by a special judicial panel created under a federal law that allowed for the appointment of independent counsel.

After the independent counsel law lapsed in 1999, the country was left with no mechanism for anyone other than the president to appoint counsel who could bring prosecutions. Congress took no steps to create a new law.

Instead, the executive branch -- that is, the president -- enacted a regulation that enables the attorney general to appoint a special counsel like Mueller. The special counsel can be fired by the attorney general personally for "misconduct, dereliction of duty, incapacity, conflict of interest, or for other good cause, including violation of Departmental policies." (Because Attorney General Jeff Sessions is recused from all matters Russia, Deputy Attorney General Rod Rosenstein now has that power over Mueller.)

Manafort's lawyers couldn't plausibly argue that the executive branch had no authority to create the special counsel. So instead they've argued that Mueller has gone beyond his charge to investigate links between Russia and the Trump campaign. In essence, they are saying that by going beyond this charge, Mueller's actions are legally invalid.

To begin with, it's pretty plainly wrong to think that Mueller has gone too far. Manafort was Trump's campaign manager for several months of the campaign. And he has been criminally charged with performing and hiding extensive illegal services for pro-Russian political parties in Ukraine.

Admittedly those charges relate to conduct allegedly committed well before Manafort was on the Trump campaign. But the conduct could easily be evidence of connection between Russia and the campaign. The charges could also be leverage to get Manafort to reveal connections. All of this is well within the norms of ordinary prosecution of ordinary crimes.

But even if it weren't, Manafort has no legal right not to be investigated and charged by Mueller's team, as opposed to anyone else in the Department of Justice. The department has the executive authority and discretion to go after whatever criminals it wants. It gets that from the president's inherent authority to investigate crimes and bring criminal charges on behalf of the U.S.

If Mueller had in fact gone too far in charging Manafort, it would be up to the attorney general to call him on the conduct -- and ultimately up to the president to withdraw the charges.

As Trump has been learning to his frustration, his formal legal control over the Department of Justice is powerfully constrained by institutional and political norms. Those norms include the expectation that the president won't politicize the prosecution power.

They also include political reality that a president being investigated by a special counsel fires him at his peril. That's the lesson of President Richard Nixon's Saturday Night Massacre, the firing of special prosecutor Archibald Cox that helped lead to Nixon's downfall.

So Manafort's effort signals at most an attempt to delegitimize the Mueller investigation rhetorically. Legally, it's nothing but a challenge to Trump's formal power over prosecution -- a complex legal reality that doesn't mean Trump can do whatever he wants as a matter of political reality.