The provocative, plugged-in author of new Trump book has previously been accused of playing fast and loose with facts 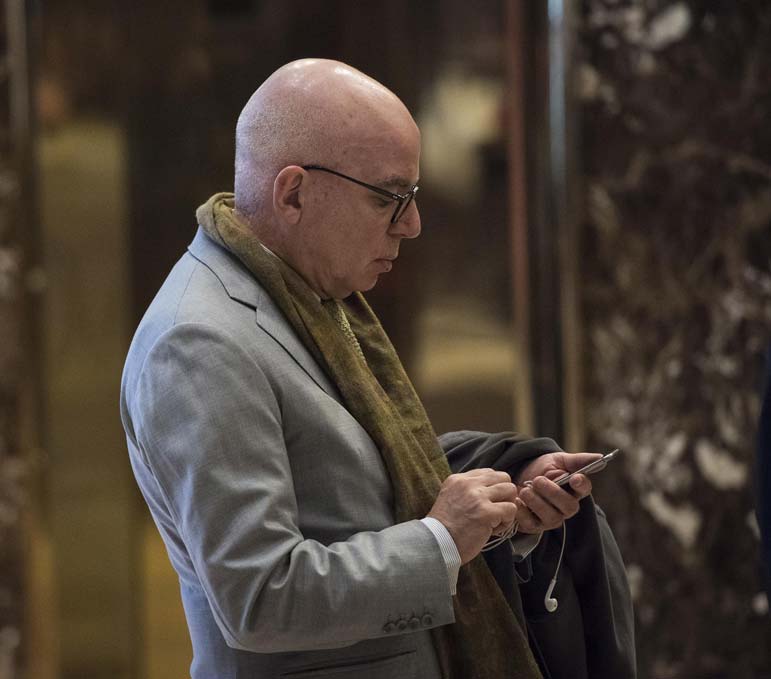 Among the many things he's been called - "blunt," "pathetic," "calculating" - the one thing Michael Wolff has never been described as is boring.

A provocateur and media polemicist, Wolff has a penchant for stirring up an argument and pushing the facts as far as they'll go, and sometimes further than they can tolerate, according to his critics. He has been accused of not just re-creating scenes in his books and columns, but of creating them wholesale.

That's some context for Wolff's most explosive bit of reporting to date: A scathing new book, "Fire and Fury: Inside the Trump White House," describing dysfunction and infighting in Donald Trump's presidential campaign and the first year of his presidency, replete with damning criticism of Trump from within his inner circle.

According to an unauthorized report in the Guardian newspaper and a lengthy excerpt in New York magazine, Wolff portrays Trump and his closest aides as astonished by his electoral victory in 2016, and wholly unprepared for office. Trump, he reports, had no idea who former House Speaker John Boehner was when Roger Ailes, a campaign adviser, recommended him as chief of staff. Top advisers and allies doubted the president's intelligence and openly mocked him.

Bannon also warned that Special Counsel Robert Mueller's investigation into alleged Russian collusion will focus on money laundering and the Trump family's dealings with Deutsche Bank. Bannon, according to Wolff, predicted: "They're going to crack Don Jr. like an egg on national TV. ... They're sitting on a beach trying to stop a Category Five."

Trump isn't exactly disputing Wolff's reporting, nor has Bannon backed down from them. In a statement issued Wednesday, Trump blasted his former top adviser, saying in part, "Steve Bannon has nothing to do with me or my presidency. When he was fired, he not only lost his job, he lost his mind. ... Steve pretends to be at war with the media, which he calls the opposition party, yet he spent his time at the White House leaking false information to make himself seem far more important than he was. It is the only thing he does well."

The fireworks almost certainly guarantee that the book will become a bestseller. But the second-guessing of Wolff's work has already begun.

Wolff, for example, writes that Thomas Barrack Jr., a billionaire friend of Trump's, told a friend that Trump is "not only crazy, he's stupid." Barrack on Wednesday denied to a New York Times reporter that he ever said such a thing.

Katie Walsh, a former White House adviser, has also disputed a comment attributed to her by Wolff, that dealing with Trump was "like trying to figure out what a child wants."

White House press secretary Sarah Huckabee Sanders added her own skepticism during her daily briefing on Wednesday. "We know the book has a lot of things, so far that we've seen, that are completely untrue," she said.

She was not specific, but Sanders added that Wolff's characterizations of White House operations were "the opposite of what I saw."

Wolff, 64, has said his book was based on 200 interviews with White House and campaign staffers, including Bannon. He didn't respond to multiple requests for comment.

His reliability has been challenged before - over quotes, descriptions and general accounts he's provided in his many newspaper and magazine columns and in several books. Wolff has even acknowledged that he can be unreliable: As he recounted in "Burn Rate" - his best-selling book about his time as an early Internet entrepreneur - Wolff kept his bankers at bay by fabricating a story about his father-in-law having open-heart surgery.

"How many fairly grievous lies had I told?" he wrote. "How many moral lapses had I committed? How many ethical breaches had I fallen into? . . . Like many another financial conniver, I was in a short-term mode." Wolff's business collapsed in 1997.

"Burn Rate" came under siege from critics who challenged its credibility, including the long verbatim conversations that Wolff recounted despite taking scant notes. Brill's Content, a now-defunct media-review publication, cited a dozen people who disputed quotes attributed to them in the book.

Wolff followed up "Burn Rate" by taking over the media column at New York magazine, where he almost immediately ran into trouble. Judith Regan, then a hotshot book editor who had been a classmate of Wolff's at Vassar, vigorously disputed almost every paragraph of Wolff's column about her. She said she hadn't had a personal conversation with Wolff in 30 years.

Wolff's response: "She doesn't speak to me. ... I suppose the world is full of people who no longer speak to me."

New Republic columnist Andrew Sullivan accused Wolff of putting words in his mouth when Wolff wrote in 2001 that Sullivan "believes that he is the most significant gay public intellectual in America today." Sullivan said he never made any such claim.

In a 2004 cover story for the New Republic, Michelle Cottle wrote that Wolff had become the "It Boy" of New York media after winning two National Magazine Awards for his commentary: "His quick wit, dizzying writing style, and willingness to say absolutely anything about anybody made his column a must-read," she wrote.

But she added, "Much to the annoyance of Wolff's critics, the scenes in his columns aren't recreated so much as created - springing from Wolff's imagination rather than from actual knowledge of events. Even Wolff acknowledges that conventional reporting isn't his bag." An editor who worked with Wolff told Cottle, "He is adroit at making the reader think that he has spent hours and days with his subject, when in fact he may have spent no time at all."

Even Wolff's anecdote about Trump being unaware of who Boehner was last year seems a bit suspect. The reason? Trump had tweeted about Boehner multiple times since 2011. In September 2015, for example, Trump tweeted this: "Wacky @glennbeck who always seems to be crying (worse than Boehner) speaks badly of me only because I refuse to do his show - a real nut job!"
Previously:
• 12/05/17: Blunderer Brian (Ross') staggering screw-ups
• 11/27/17: New news? Not on 'Morning Joe.' Hosts pass off a taped show as the live version
• 01/06/17: Why losing Megyn Kelly probably won't even dent Fox News' armor
• 05/09/16: Obama official 'fesses up: 'Narrative' created by administration sold Iran nuclear deal to clueless press
• 03/16/16: Despite the beatdown, reporters love the Trump beat
• 03/10/16: What really gets under Trump's skin?
• 03/04/16: Megyn Kelly leaves Trump sputtering to defend himself at debate
• 02/29/16: Think Trump's wrong? Fact checkers can tell you how often (hint: a lot)