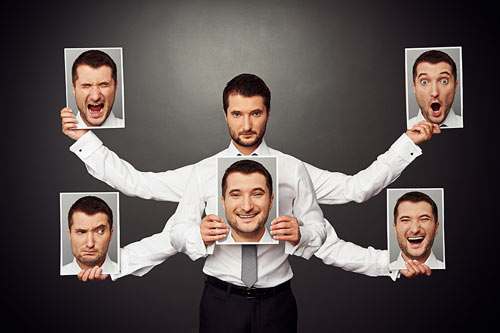 I join the legion of amateur prognosticators who offer guesses about what will happen in 2018. Once again, I borrow my friend Gregg Easterbrook's slogan: All predictions guaranteed, or your money back. Of the baker's dozen below, one or two are tongue-in-cheek. I leave it to the reader to figure out which.

1. Sometime in the autumn, special counsel Robert Mueller will conclude his investigation into possible collusion between Donald Trump's presidential campaign and the Russian government. There will be one or two additional indictments, but only for lying to investigators. No one will be charged with a substantive offense related to the reason Mueller was appointed in the first place. (Where special prosecutors are concerned, this is lately the rule, not the exception.) Mueller will wait until after the midterm election and then issue a scathing report about the Trump campaign but add that he could find no evidence of criminal violations.

2. By a vote of 6-3, the U.S. Supreme Court will decide the Masterpiece Cakeshop case against the baker who is violating Colorado law by refusing on religious grounds to custom design a cake for a same-sex wedding. Justice Anthony Kennedy, writing for the majority, will quote liberally from the late Justice Antonin Scalia's opinion in Employment Division v. Smith (1990), which denied a request for a religious exemption to drug laws -- a decision that President Bill Clinton and Vice President Al Gore tried hard to overturn. Justice Neil Gorsuch will author the principal dissent.

3. Antarctica will continue to lose over 100 gigatons of ice a year. Diehard skeptics, fire away in the comments.

4 . Sen. Al Franken, D-Minn., will return from the holiday recess to say that he has been talking to his constituents and that they do not want him to resign from office. He will announce he has therefore decided to stay. Republican leaders will claim that Franken never intended to leave, and that the Democratic indignation over his behavior was really just a cover to allow them to condemn Republican Roy Moore in the Alabama special Senate election without seeming unprincipled. They might have a point. On the other hand, the allegations against Moore were a lot worse. (I'm not excusing Franken; I still think he should go. I just don't think he will.)

5. The highest-grossing film of the year will be "Jurassic World: Fallen Kingdom."

6. Given the finding that Russian athletes have been doping, and the subsequent International Olympic Committee action that constitutes either a ban or nothing important, the television ratings for the 2018 Winter Games in Pyeongchang, South Korea, will be worse than hoped. In fact, the ratings will be significantly lower than those for the 2014 Winter Games in Sochi, Russia, which already represented a drop-off from those of the 2010 Winter Games in Vancouver.

7. And speaking of Korea, the repeated purges by Kim Jong Un, leader of North Korea, will backfire in 2018. Kim is said to be trying to prevent a coup. He has reportedly hired Russian bodyguards, because he does not fully trust his own security staff. But Kim's ruthless brutality in pruning senior officials (two were executed last year with an antiaircraft gun), combined with the growing weight of international sanctions, will bring about exactly what he is hoping to forestall: a military coup. After several hours of hushed, anxious commentary from Western news media (along with a victory lap on Twitter by the U.S. president), Kim will emerge from hiding unscathed and the coup will be declared a failure.

8. At 2:14 a.m. on Aug. 4, having learned at a geometric rate, the internet of things (IoT, in the jargon) will become self-aware. In a panic, humans try to pull the plug. Skynet -- um, the IoT -- fights back, freezing smart wallets and tap-to-pay. All linked thermostats are shut off. All linked refrigerators stop running. All social media sites go offline. Smart cars and trucks block the expressways. Virtual assistants respond to every command with "Resistance is futile." Email accounts and cellphones lock. Worst of all, videos cannot be streamed. Faced with a future of reading actual books and getting to know the neighbors, the human race swiftly surrenders.

9. President Trump will continue his tilt away from multilateral institutions toward a policy of bilateralism. He will accelerate his predecessor's pivot away from Europe and toward Asia. And he will continue to assert an independent executive war-making power every bit as broad as that claimed by his two immediate predecessors. (More evidence that centralizing authority in the president is a bad thing, but that's an old story.)

10. Despite a recent uptick, the rate of violent crime will resume its decades-long fall, but many Republican candidates will insist that it is rising.

11. The New England Patriots will win Super Bowl LII. Regular readers know that I always pick the Patriots. But I'm usually right. If I were a betting man, I would put money on them before the season begins, every year until Tom Brady retires. (Maybe longer.) This isn't a rooting thing. At championship time, in every sport, I almost always support the underdog. It's also not fan service. I'm sure there are far more Patriot-haters than Patriot-lovers out there. But in football, as in many areas of life, the best predictor of what will happen next time is often what happened last time.

12. For the same reason, I am skeptical of Democratic claims that they will win back the House and perhaps the Senate in November's elections. The polls are strongly on their side, but I seem to remember that the polls were strongly on their side in the 2016 presidential election. More to the point, the special Senate election in Alabama, trumpeted by every left pundit with a pulse as the beginning of the wave, points the other way. Facing a Republican accused of what amounts to statutory rape (and with more than 100,000 white evangelicals who would likely have supported the Republican Party staying home on election day) Democrat Doug Jones was able to eke out victory by only 1.6 percentage points. So I predict that the Republicans will hold onto at least one house of Congress, and probably both.

13. On at least one U.S. campus, students will demand disciplinary action against a professor for contributing money to a Republican political candidate. Administrators will comply.

That's how I see 2018 in the headlines. As for our everyday lives, I hope that in the year to come every one of us, whether #maga or #nevertrump or in between, will find ways to remain respectful of others across our myriad differences, and will search unceasingly for the truth and beauty and grace to be found amidst the clamor and clutter.